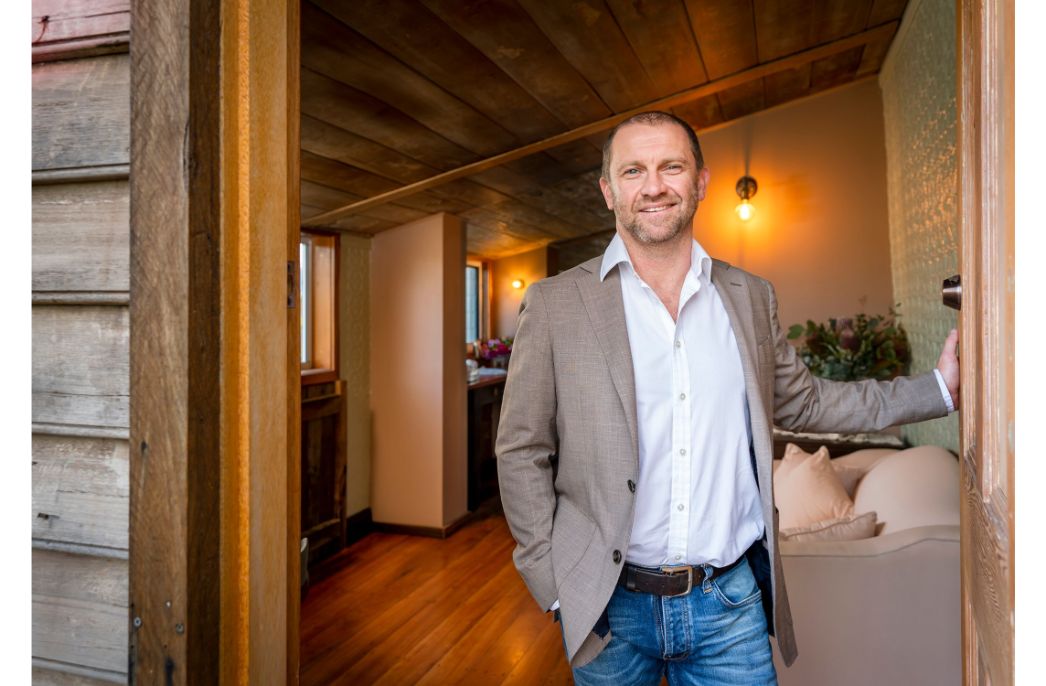 Anthony Burke celebrates the past on new season of Restoration Australia

Beloved television series Restoration Australia returns to our screens with a fresh face to help bring decaying Heritage homes back to life.

Filming across Australia, history buff architect Professor Anthony Burke will uncover seven incredible stories as home owners embark on heroic journeys to save them from ruin.

But with most renovations, especially on Heritage properties, this process is filled with tight budgets and time constraints and can turn a passionate project into a dreaded chore.

Restoration Australia kicks off on ABC on 27 September. It proves that restoration is not for the fainthearted as we witness the emotional highs and lows of not only home renovations but also personal tragedies.

We meet homeowners facing terminal illness in a race against time to complete the project and also enjoy the rewards of such a feat, as well as people overcoming personal loss, which in turn fuels their determination to honour the memory of a loved one who has died.

Burke joins them on each of their unique and heart-warming journeys as they faithfully restore the character of their homes while also bringing the property into the 21st century.

One of the remarkable stories in the new series features the transformation of an outdated and controversial mid-century relic into a contemporary family home in Beaumaris.

There’s also a house in Pambula that once served as a 19th-century post office with hidden treasures.

“I think even the way we read about architecture in the papers; it’s all about real-estate property prices.

“So in that sense we’ve been schooling up on a re-engagement, or a contemporary engagement, with architecture, but it’s come from this very commercial, very property-driven point of view. Which is very legitimate: people’s houses are their biggest investment and all that,” he adds.

“The thing that’s gone missing though is not the house, but the ‘why’ of it all. Why do we do it like this, why do we live like this, why this design and not another one? And that’s the difference, that’s what’s missing.”

Filming the series proved to be an eye-opening experience for Burke, who expressed his astonishment at how dedicated the home owners were to resurrecting their properties.

While the series celebrates architectural restoration, the heart of the story remains with the home owners and their relationship, which they share with Burke over the course of the project.

“I guess the one thing that unites them all is that they are differently passionate about what they’re doing. I was not prepared for their level of enthusiasm,” said Burke.

“They’re not home renovators. These are people who feel they’re making a small but significant contribution to Australian culture and Australian Heritage. There’s a responsibility they take very seriously, and I think that is really fantastic.

“Of course the show is about architecture and our built heritage and how we’re going to bring it back to life and there’s lots to say on that subject, but the one thing I’ve been really enthused by is the relationships with the homeowners.”

Season four of Restoration Australia premieres on ABC and ABC iview on September 26 at 7:40pm.