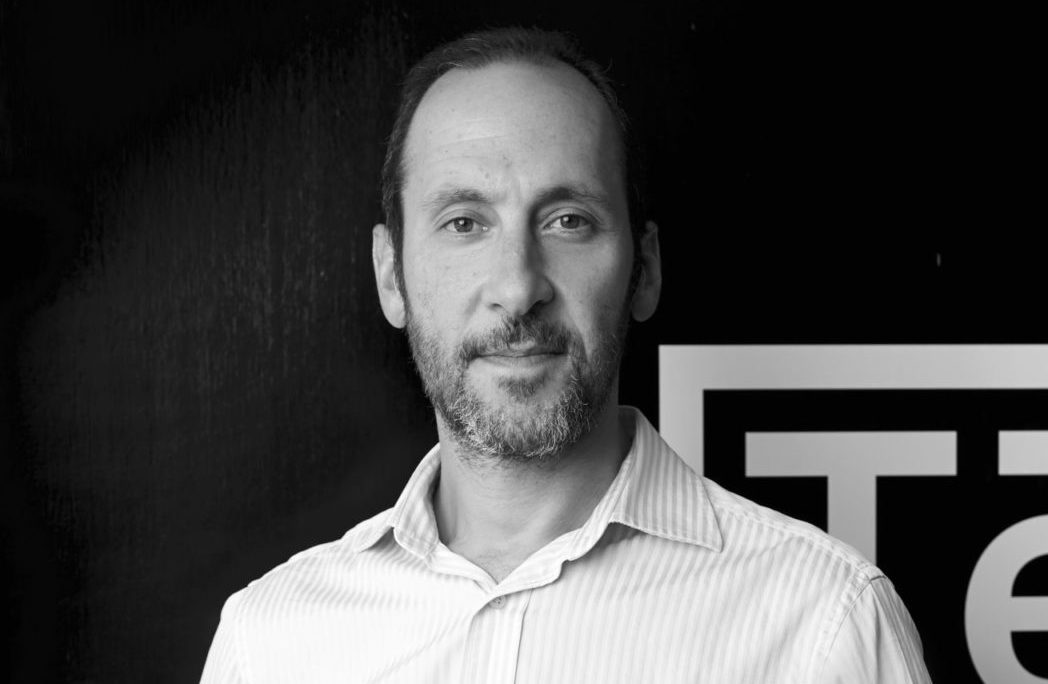 This week we meet Joshua Amsellem, who has recently joined the Technē Architecture + Interior Design multi-residential team as a senior designer. Prior to working at Technē, Amsellem was a director at Mittelman Amsellem Architects and a design manager for Rothelowman.

ADR: Can you tell us about yourself and how you ended up working within the architecture industry, particularly in multi-res?
Joshua Amsellem: I studied at SCI-Arc, and was exposed to a side of architecture which wasn’t as structured and straightforward as had been taught up to that point. It was free and open to interpretation. During the program, I took time off from school here and there, to work in offices full-time and on contract basis, applying this new perspective toward the profession, seeing where my interests were relevant. I started with single family dwellings and small commercial jobs, as those were the types of projects that made up the bulk of work at small firms and this was the kind of practice that appealed to me. I also felt that was where I could learn the most by being involved in every facet of projects.

Prior to moving to Melbourne, I was employed by a large firm (AVRP), which was my first introduction to multi-res. This led to a major shift in my thinking, in terms of living space, fitting within a larger framework of units. In retrospect, multi-res was about efficiency, and how to stack as many single, introverted units on a site. The idea that each apartment would be forming a communal cluster of inhabitants, with the potential for interaction and shared amenity, was still not relevant to the demand and perceived role these kinds of developments played within a larger community.

You now work at Technē in the multi-res team. What’s it like working on multi-res in comparison to working in other typologies?
Just like retail, industrial, or any type of development, multi-res has its own graphic and functional language based on how the space is experienced. Clearances, minimum dimensions and adjacencies have all been developed through the use and documentation of these spaces. Until recently, these ‘rules’ have been understood and implied within the profession, taken as a given set of principles. However, the recent scrutiny and analysis undertaken by the architectural field of multi-res challenges the standards adopted until now, make multi-res a dynamic and increasingly changing typology, both in how it is perceived by the public and how it is presented by the developer.

What are the biggest challenges and rewards that come with working across multi-res?
Multi-residential presents the challenge of balancing the client’s expectations of yield and site efficiency with the residents’ amenity and overall experience of the development as a whole. The reward comes with a project that achieves this balance and becomes a communal collection of living spaces, which interact and are perceived as part of a larger gesture, within an environmental conscience.

Multi-residential architecture is definitely in a state of flux as established and wholly adopted guidelines within the industry are now being challenged and overturned by a common agenda. This agenda has been introduced to address a disproportionate approach to apartment design and construction. Not only are spatial expectations being reviewed, but also construction methodologies and its documentation. Technology is also playing a large role in the change. The concept of an apartment being a self-contained unit with all necessary amenities is changing toward a unit which is part of a larger communal network with shared amenity and experiences.

What do you think are key issues for multi-res designers over the next decade?
The challenge for multi-res in the future will be to separate necessity from amenity, and have this accepted by the consumers. A study of the ’10 tribes’ (future Australian household groups) presents an interesting analysis of different user profiles across multi-residential living. Within each ‘typology’ are parallels, as well as significant differences in the way spaces are inhabited. The intention is for these parallels to form consistent program through guidelines for the planning and creation of spaces, guidelines that recognise quality design as a means of making them successful. The differences between the ‘tribes’ would form the amenity component of the development as a whole, shared and flexible structure, which can accommodate various programs and respond to climatic conditions.

Who/what/where are you inspired by? Which architects or designers have influenced your work?
I’m influenced and inspired by architects like Thomas Heatherwick, who completely surrender to their process and let it form the result, and architects like Renzo Piano, who are constantly thriving to understand new technologies and how these can be used to improve the quality of spaces. I’m inspired by projects that challenge established assumptions and innovate in their approach. The intention is to provide projects which are responsive to their context and act as catalysts to the constructive environmental growth of their surroundings.

What is your favourite space/place in Australia – is there a spot you wish you had designed?
The Heller Street Brunswick project by Six Degrees was forward-thinking in its conception and execution. It was initially perceived as a composition of units, which would be part of, and form, a communal space and aspect shared by all residents in the development. The proposal connects meaningfully with its surrounding context and establishes a dialogue between units in their articulation and aesthetic. The success of this project can be drawn from, and applied to, multi-res, high-density developments by recognising the needs of residents and providing those requirements through good design.

What are you currently working on/what are you looking to do next?
I’m currently working on Tribe Hotels in Adelaide and Hobart, establishing a recognisable brand, initiated by the first completed project in Perth. This commission is an exercise in standardisation, combining traditional construction methods with a modular approach. This is an example of innovation as a means of reducing costs, while maintaining a quality of detail and design. It is also forming parallels with multi-res product, by the way in which we perceive hotels.

By significantly reducing construction costs, the focus can then realign with the provision of meaningful amenity for guests. As building costs rise, the necessity for thoughtful and efficient design becomes increasingly apparent. Individual and private amenity becomes redundant, as communal offerings provide more incentives to end users, perceived as extensions of their apartments within this context. In moving forward the aim is to become a formative voice within the multi-res discussion, testing innovative approaches in larger mixed-use projects, significantly improving the way these developments function, and the way in which they respond to surrounding urban context.