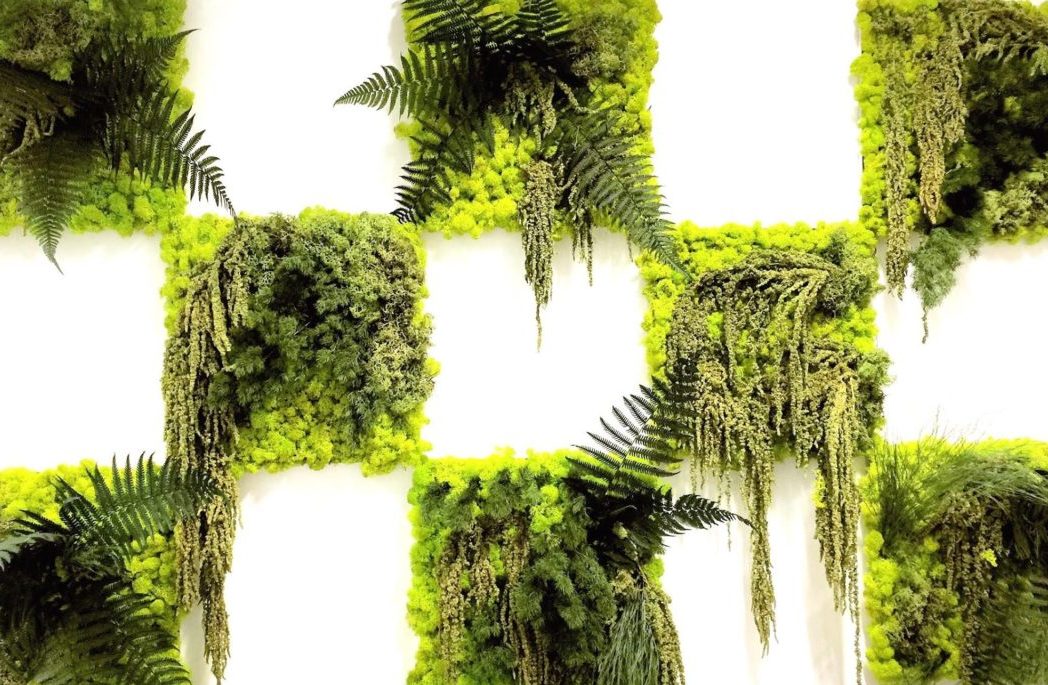 Preserved plants are created from ferns, moss and palms, which are preserved in an immersion formula and combined to produce greenwalls, hanging gardens, garden installations, and trees for interior spaces  – real greenery that needs no sun or water, and lasts for years. Fleur Anderson, founder of Stem and Stamen, who create preserved plant installations, talks to ADR about the technology that allows flora to be retained for (almost) forever.

Can you tell us about preserved plants and how they are preserved?

Our plants are grown in the field, freshly cut, and then their stems are immersed in a non-toxic glycerin based formula that is drawn up through the plant’s system to stabilise it in its fresh-cut state. 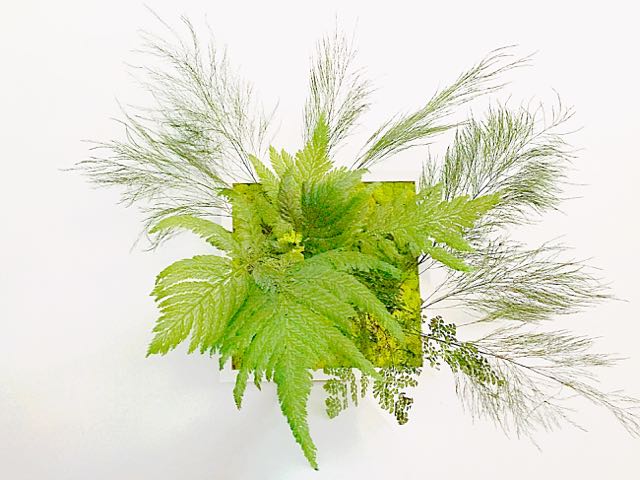 Can you tell us more about the formula and how it works?

The secret to the art of plant preservation is an immersion glycerin based formula (glycerin is commonly used in the food industry as a preservative and additive) and pigments that are drawn up through the plants’ systems to provide the diversity of colours. The preservative stabilises the plant from within rather than an external application. As long as the stabilised plant is kept indoors in an air-conditioned environment, with no exposure to UV, water, or high heat emitting light sources, then the plants will remain in their fresh-cut state for years.

How long has this technology been around and how was it developed?

This particular formula and methodology was developed in the late 1970s/early 80s by a Frenchman and a Colombian. The formula was developed with an understanding of chemistry and how plant systems work. The formula undergoes slight changes according to the species type that is being preserved. 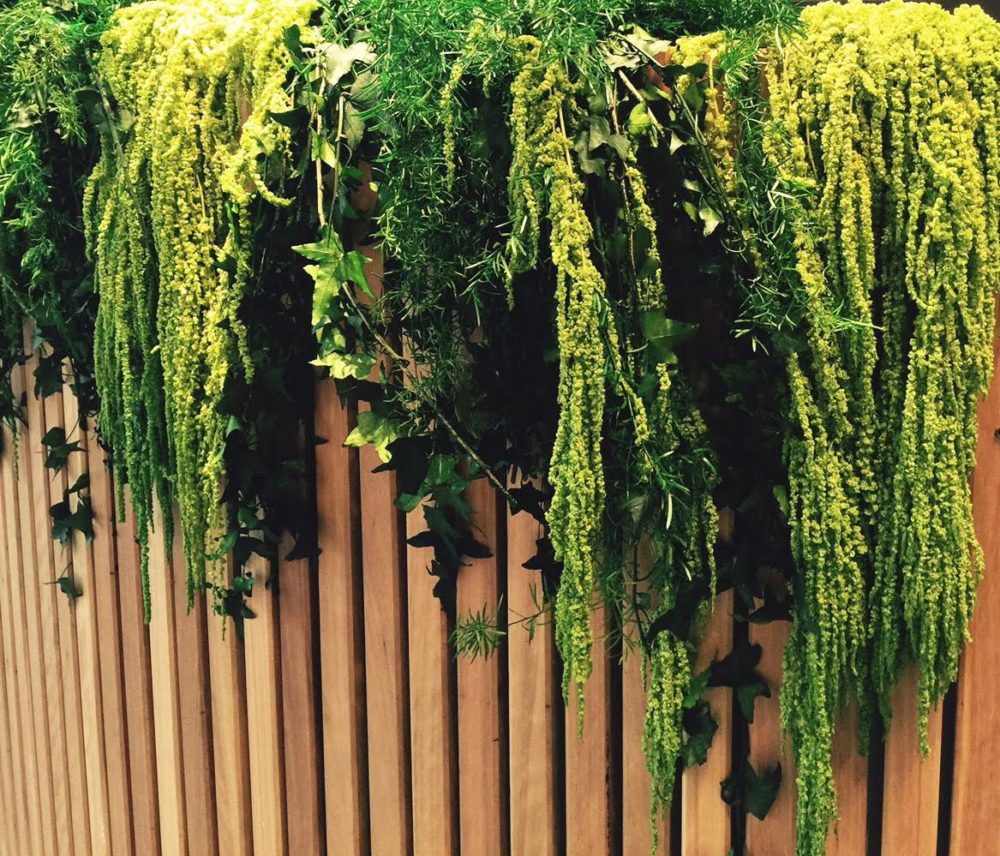 Can trees also be preserved?

Yes, there are some fabulous trees being preserved, though unfortunately we are unable to share the majority of them with our Australian customers as they are not on the permitted species list to enter the country. We are able to bring some palm trees in, which are spectacular. The way these trees are preserved is an art unto itself. Essentially, the trunk is crafted by hand with pieces of the tree, and the palm fronds are preserved separately. On my last visit to Europe there were 6-metre tall cypress trees being preserved for Christmas installations.

Are there any kinds of plants that aren’t able to be preserved?

Many plants are unable to be preserved due to the way they absorb fluids and nutrients. The formula needs to be absorbed within a small window after they are cut and many plants just aren’t that thirsty (particularly Australian flora). I tried preserving succulents, and initially the plant took to the formula, and it appeared to be successful, however after about a week the plant was a mess. We receive countless requests to preserve certain species for projects to create a particular story, however few customers have the time and resources to undergo the trials that may or may not succeed. The species we can bring into Australia are diverse enough to create different aesthetics and they can be crafted to mimic other species as their leaves do not brown when cut. 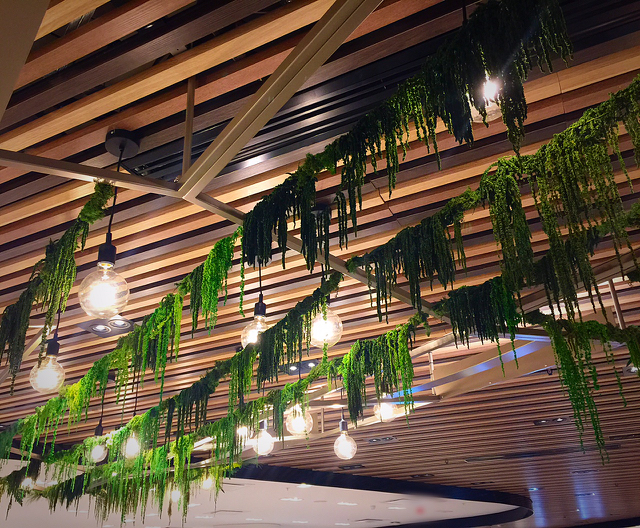 What is the environmental impact of preserved plants?

My background is environmental science, and sustainability is at the forefront of every business decision I make, so the impact of our designs upon human and environmental health is of utmost importance. VOC lab findings indicate that the formula does not trigger any VOC suite, as the contents are glycerin based, with food-grade pigments and agriclor (an agricultural phytosanitary agent that is commonly used throughout Europe to reduce insect attraction to the plants).

The stems of the plants are cut for preservation, though the plant continues to grow in pasture. The reindeer moss is extremely slow growing and requires great patience and virtue so as to ensure the fields are not over picked. Before I started to import the moss, I met with the companies that pick the moss, went out to the fields, and spoke in length to members of the board to get an understanding of their ethical conduct and the sustainability of the product.

The supplier I partnered with has been in the moss picking business since he was a child and the tradition of picking moss was passed down through generations through his family. Interestingly, the moss is traditionally used for insulation properties within homes, and put in window sills to absorb the humidity created between warm interiors and icy exteriors so as to avoid windows from fogging up in the cold. It’s only recently that the moss has been crafted into panels for interior design. 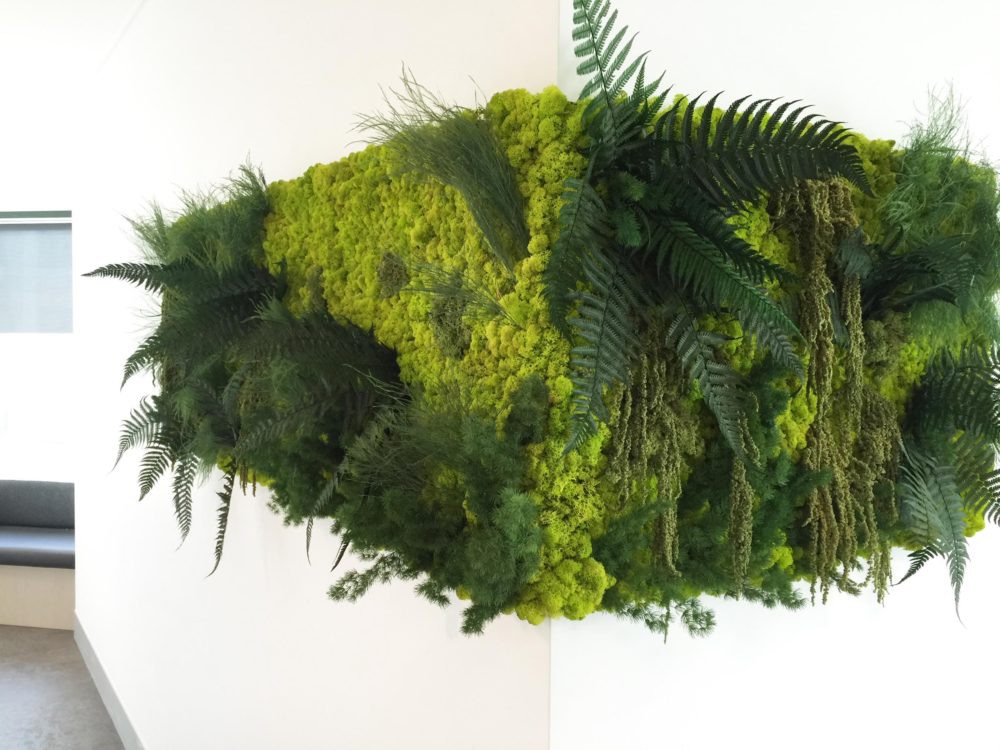 How did you get into this industry?

I got into this industry following 10 years working in environmental science, while creating public art sculptures and paintings on the side. Towards the end, in meetings I found myself doodling more and more, and I knew it was time to find a commercial product in the visual arts that was more fast-paced than painting and that also had environmental elements and was sustainable.

The check-list was long and specific, and I investigated many opportunities that varied from low ammonium-based fertilisers through to technologies that reduced evaporation of water from mine site dams. The only product that ticked every box was preserved plants. So as soon as I found out about it, I jumped on a plane and trained with the founding company, specifically Pedro, the Spanish decorator. Pedro is fabulous, he only speaks Spanish and refuses to come to Australia because he isn’t allowed to smoke on the 17-hour flight. I’m still trying to encourage him to quit smoking! He wears a cravat. I haven’t stopped designing with preserved flora ever since, and haven’t made a sales call in two years.