Home • News • Franco Crea on building a business in design 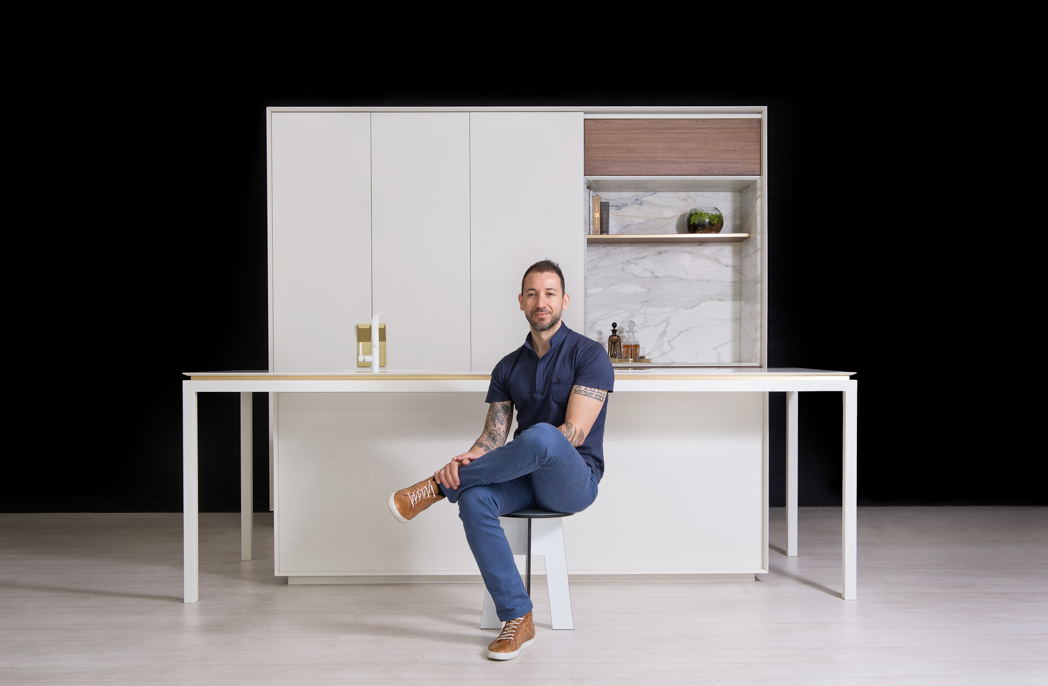 Franco Crea on building a business in design

As Melbourne-based furniture designer Franco Crea prepares to launch a new sofa collection named after his mother Mena who passed away recently, he took some time to share his thoughts on building a design business in Australia and the myriad challenges young creatives face.

ADR: Since establishing your company in 2013 you’re now running studios in Adelaide and Melbourne. What advice would you give to others in the design sphere looking to scale up their businesses?

Franco Crea: It may sound cliché but practising as a furniture designer today is very demanding. I have only got to this position in my life through much sacrifice plenty of pride and an abundance of determination.

Since starting out studying interior design, I’ve always been focused on moving into furniture design. I was totally naïve as to how hard it would be not only practice but to just start. Many people warned me, but like most young entrepreneurs, you never really care too much what people say – especially if it’s negative! 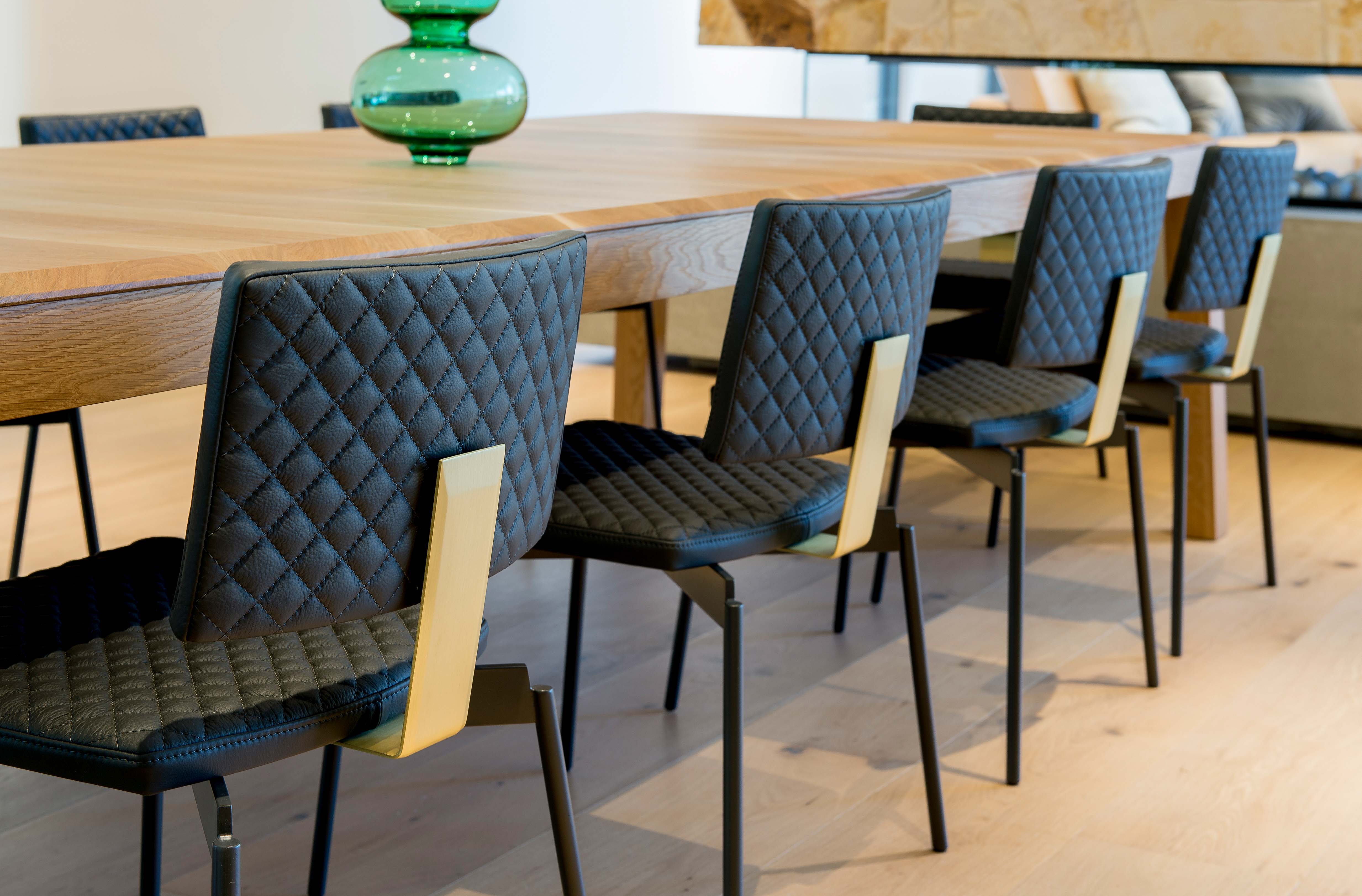 It becomes evident pretty quickly that a strategy is needed and this probably changed for me at least 50 times in the first couple of years. You need to be clear about your purpose in the industry and what your brand is and what you’re offering. You need to know who your market is.

I’d recommend that people look beyond the smaller Australian market – it is a big world out there! With the help of social media and e-commerce, you can quite easily find yourself selling a chair to a resident in New York or an office in London! I also recommend people increase the probability of others seeing their brand and expose their craft to more people – you’d be surprised who is watching your social media feeds from the other side of the world.

Social media is an important tool in projecting your brand to more people. It is inspiring to always see a designer’s work on social media, whether it is some cool sketched up concepts or a sneak peek into the making process.

Where my business differs from others is that I don’t predominately work as a designer/maker and don’t rely on distributors to keep my doors open, as the majority of my work is direct to the client or end user. This means my margins are smaller, making it more accessible for more consumers to own a very high-quality piece of furniture.

My team of joiners and fabricators help me achieve my dreams and allow me to focus more on design development and building relationships with clients that share the same philosophy and language as me. 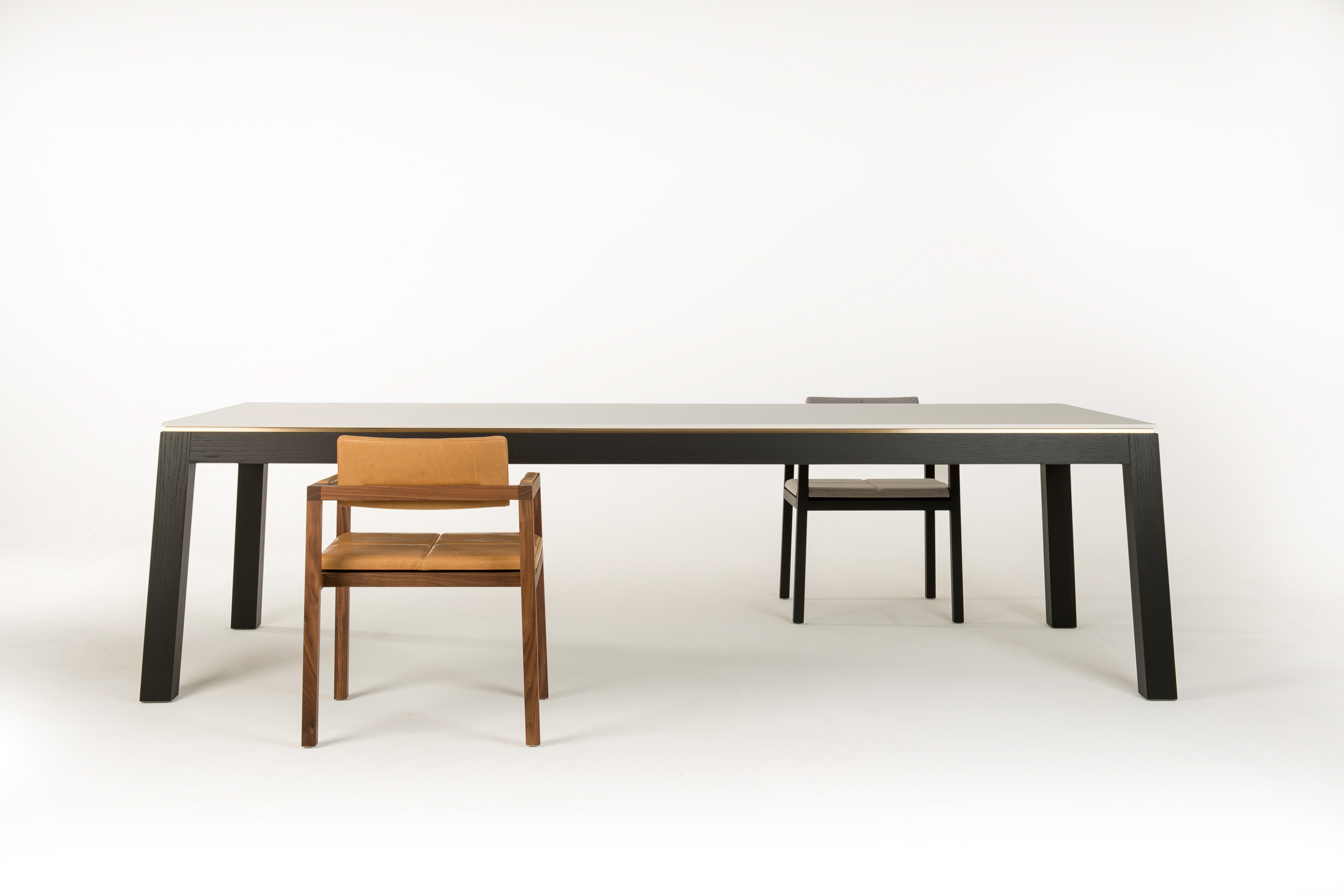 ADR: With less manufacturing occurring in Australia, it’s becoming increasingly difficult for young and emerging designers to see projects through to completion – how have you approached this problem?

FC: I think that even when I started practising as a furniture designer it was difficult for young designers to see a project through to completion. It is a growing concern with fewer skilled craftspeople operating in this industry – mainly as they’re being starved of work and opportunities.

These are interesting times we are in and the Internet and social media should be helping open more networks and opportunities. But I think that owing to the speed of change, fast design is dominating the industry and it’s putting tremendous strain on emerging furniture and product designers. I feel consumers are losing a sense of the value of what it means to have a crafted, locally made product.

I think when you first start out you are trying to find your identity, exploring methods, techniques and materials. You’re on a journey developing your signature – your language. Trying to understand the Australian design industry and where your designs fit in, without falling into the noisy ‘social media’ world, or being influenced and pressured into designing in a language that is not yours, can put pressure on emerging designers as they feel a need to design faster to get a product to market. But this process becomes rushed and the product is not resolved like you’d want it to be.

In the early stages of my career, I first needed to understand the environment I was in, what the market needed and what the driving force behind building my business was. Over the years my design language started to become stronger and today it is my signature. It is strong, assertive, geometric, sophisticated and has a sense of theatre. The desire to make my pieces more accessible to more people was very important. I believe it is sensible to expose more and more beautiful furniture pieces to our Australian market.

My pieces share a very similar philosophy – less is more (Mies Van Der Rohe). The process of removing layers, not only gives it a more minimalist aesthetic but reduces the time and material cost of producing a piece. A lower cost makes it more accessible for people to own a piece that is designed and made for life. 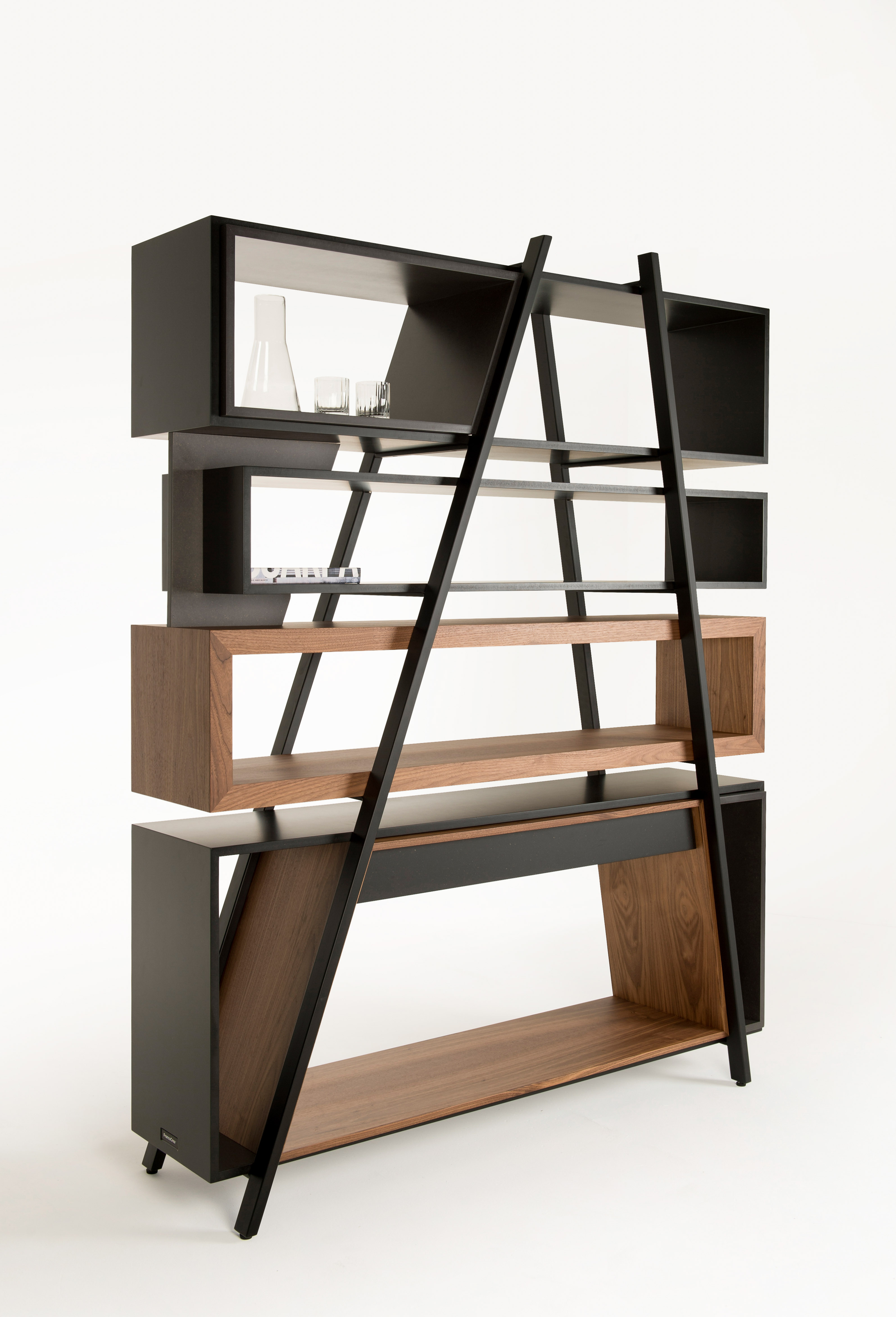 ADR: Your business model seems informed by ideas around sustainability and localised domestic production. How important are these ideas to your business? Do you question whether it’d be easier and more profitable to save on costs by offshoring production and using cheaper materials?

FC: It is important to feed the skilled craftspeople we have in our country. If we don’t invest in their knowledge and skills then in the not-to-distant-future we will have that decision removed and we will be forced to produce our work offshore.

As a young furniture designer – and I believe it is similar for most young designers – the relationship between maker and designer is very important for both. One cannot survive without the other. As designers, we are armed with information, materials and technologies, and our expectations have grown in regard to what is now possible. And that is more and more evident to the consumers in Australia. The internet and social media mean we all know what is possible. In order to meet and keep up with these demands, we rely heavily on our relationship with the maker and manufacturer. Without research and development, we then lack knowledge on construction feasibility, which makes it much harder to have products made offshore.

Economies of scale dictate offshore production. If you have the volume and audience then it would be more economical to produce offshore.

Once again, it really does depend on what your direction is as a designer and brand. I help create experiences; my pieces are made to order, so each piece is designed to suit the space it will be sitting in. This gives the client the flexibility inherent in a purpose-built piece, which to me is special to know – it’s part of my story. 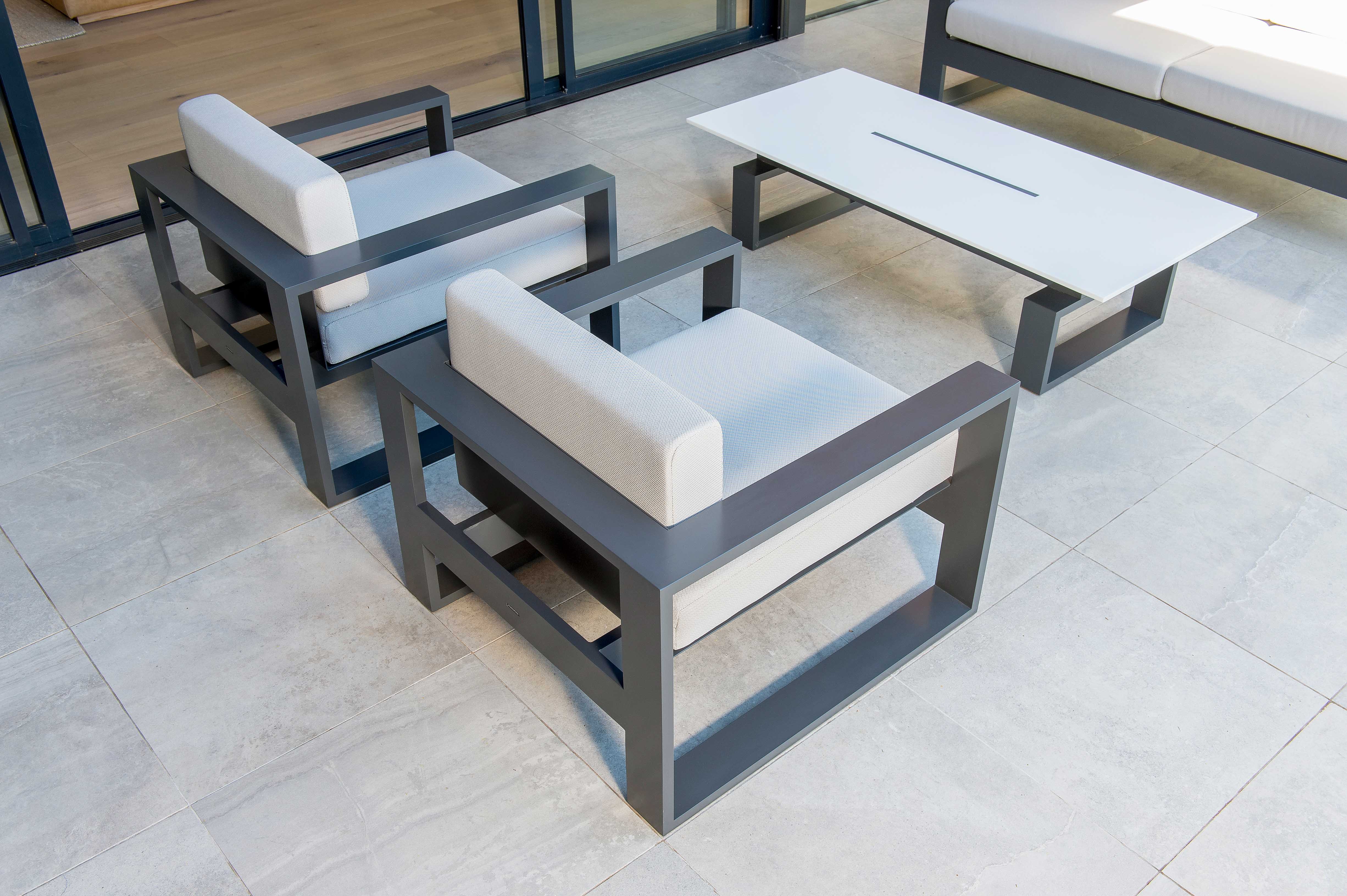 FC: The current pieces I’m working on? Quite a few! Juggling day-to-day business while fitting in new products is something I’ve become accustomed to. My first sofa collection has just finished its prototype stage and will be launched in March in conjunction with Instyle. It will be a big deal for me, as this sofa collection – called Mena – has been in production for over 12 months now and is named in memory of my mum who I lost a few months ago. It was actually always named after her but I wasn’t going to reveal that to her until we got closer to launch. Besides this aspect, the technical side of the design is something I’m very proud of and look forward to entering it into a number of awards this year.

I also have a new indoor/outdoor dining chair on its way along with a couple of serving trays made using multiple Corian colours. These should be released later this year.

I am also working on two lightweight concrete wall tiles, which I was commissioned to design and develop. We are currently in the prototype stage. So, I’m quite excited to see this go into production

So yep, it’s all happening in my studio!