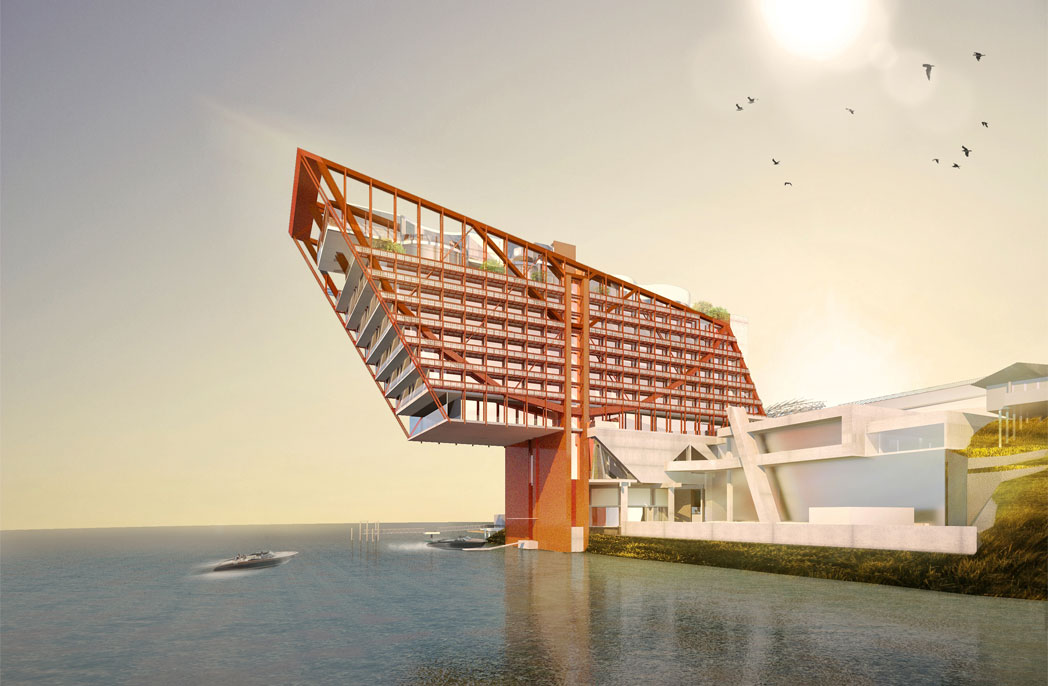 The founder of the Museum of Old and New Art (MONA), David Walsh, today unveiled plans for the new hotel to be constructed on the site of the well-known Tasmanian museum. 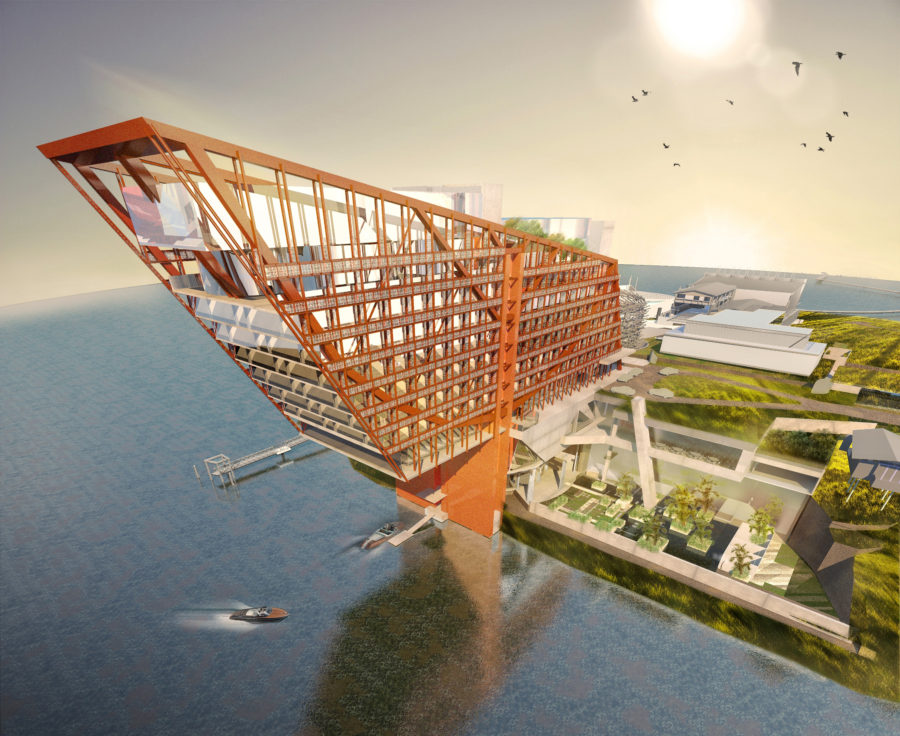 The early hotel designs for the HOtel at MOna (HOMO) show a diagonally-angled cantilevered structure, jutting out over the surrounding Derwent River. The hotel is inspired by an inverted suspension bridge, with designs by Fender Katsalidis Architects (FKA), who also designed MONA. The five-star hotel will feature 172 rooms, including bespoke hotel rooms that are being created in collaboration with renowned artists. The hotel will also house a function centre and conference facilities, spa treatment centre, outdoor stage and a large public library.

The library will be spread over three levels, housing Walsh’s large collection of rare books and manuscripts. In keeping with the community-facing nature of the museum, the new library will be open to the public, hotel guests and researchers.

Another striking feature of the development is the outdoor stage and amphitheatre which will feature an expansive playground designed by textile artist Toshiko Horiuchi Macadam.

When talking about the project, Walsh says, “We like building stuff. So far it has gone pretty well for us, and hopefully also for our communities. This time, some may think it’s gotten a little out of hand – the excavation alone is more than four times the size of that for the museum – but we seem to have some support, the plans have turned out pretty well, and we can’t rest on our laurels forever.”

The build of HOMO is expected to take approximately three years when construction commences, creating both construction jobs and permanent jobs for the region once complete.

The proposed development plans are yet to be submitted to Glenorchy City Council. A comprehensive consultation process with the public will be held at the same time.