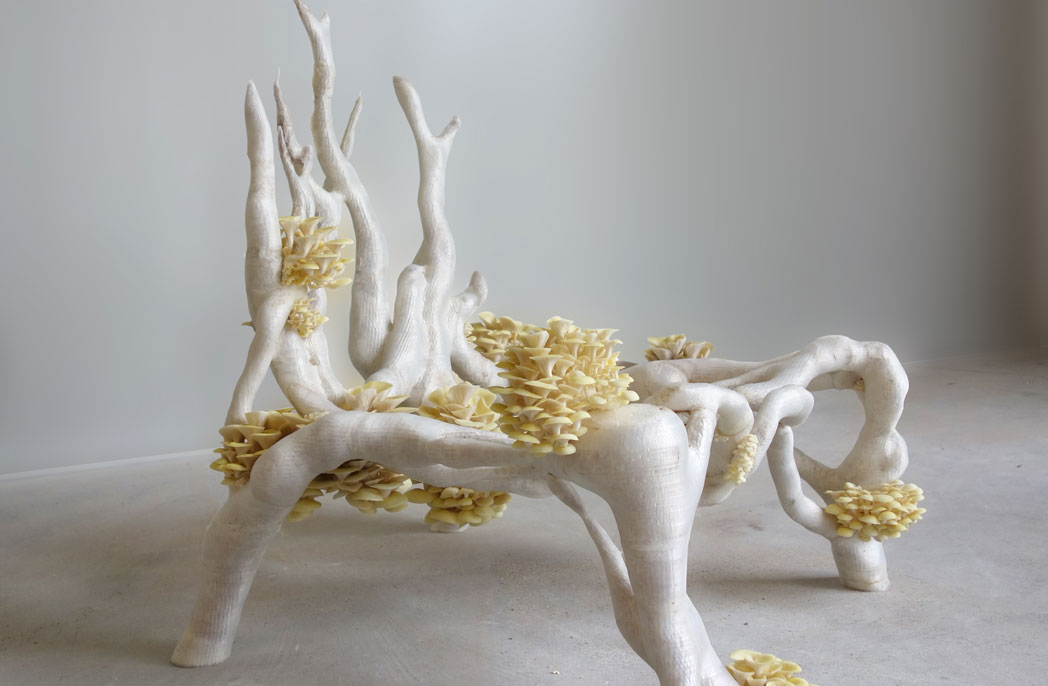 Internationally, design education is evolving to grow a new generation of creative thinkers.

How to teach design in the post-industrial era? The question had been on Lidewij Edelkoort’s mind long before she took up the chairmanship of the Design Academy Eindhoven in 1999. As the world’s most acclaimed trend predictor, Edelkoort’s instincts told her that we were entering an era in which our relationships to product must of necessity change. That design was no longer just about creating more ‘stuff ’, that divisions of labour appropriate to the industrial age would become obsolete. That design would hybridise.

By the time she resigned in 2008, the Eindhoven Academy was recognised as one of the most influential design schools on the planet, its graduates encouraged to explore not just new product but new processes in order to create designs that speak to their times. Maarten Baas created his now famous (and infamously expensive) Smoke collection of burnt chairs – a literal immolation of iconic designs of bygone eras. Tomáš Gabzdil Libertiny devised vases to be produced by thousands of worker bees in their hive – the perfect natural production line. Jeroen Verhoeven morphed silhouettes of antique tables into innovative new shapes using computer-driven woodcutting machines… You get the idea. With these creations sometimes fetching six-figure sums at auction, Eindhoven fuelled the frenzy of the limited edition Design-Art moment of the pre-GFC noughties.

Then it all came crashing down. The sub-prime crisis originating in North America caused a tsunami that engulfed the rest of the world. Edelkoort resigned her position at Eindhoven in mid-2008. One didn’t need to be a trend predictor to see that the times were about to change again.

PARSONS SCHOOL OF DESIGN, NEW YORK
In July 2015, Edelkoort was named dean of the Department of Hybrid Design Studies at New York’s Parson’s School of Design, a course she had conceived to address the ‘obsolescence’ of design education today. “The 21st century is showing tremendous transformation based on social changes,” she writes in the Freshman Year 2016/2017 Introduction, codename: SOUL. “Education needs to undergo a paradigm shift to prepare students for a rather different future, made of nomadic movements within a transformer society. As individual life will become almost fluid and much more flexible, people will have to learn how to improvise and adapt.

“With a life expectancy of 100 years or more for the next generation, one can project without doubt that a life cycle will no longer be made of one career, with one house, dedicated to one partner. People will learn and work, learn some more and make careers, learn again and realise finally the lives that they as individuals were born for. Accumulating experiences and multiple experiences over the course of one’s life will demand another way of teaching the basics of existence and creation.” Will Parson’s Department of Hybrid Design Studies become a new epicentre of innovation under Edelkoort, as Eindhoven did previously? This first intake is something of a test case – if it coalesces, adheres and effectively hybridises, a new Faculty of Hybrid Design at Parson’s New School may see the light of day. It’s interesting to watch design teaching mutate under our very eyes, like Dutch designer Erik Klarenbeek’s 3D printed fungus Mycelium chair of a few years ago.

ROYAL COLLEGE OF ART, LONDON
In March last year, the RCA was named the world’s top art and design school in the sixth annual QS University Rankings. (Design Academy Eindhoven has dropped to 18th.) “Our approach to teaching design reflects our passionate belief that the discipline – in its many forms – is both complex and constantly moving forward,” says Professor Dale Harrow, dean of the RCA’s School of Design. It features programs veering from the wildly conceptual to the profoundly practical, and last year’s graduate output included a series of interactive household furniture dubbed ‘Inefficiency Machines’ by Meret Vollenweider and Wasabii Ng – designed to raise awareness of electricity consumption. Their Jump For Power unit, for instance, had users trampolining to power a TV; Scream for Power involved microphones and hairdryers, and so forth.

Micaella Pedros transformed discarded plastic bottles into stable furniture joints, Johnny Liu reimagined the London planning process as a multilayered video game, and Hyerim Shin produced a collection of Kawaii (‘cute’) home appliances including a toaster that sneezes out breadcrumbs and a vacuum cleaner that ‘poops’ when it’s full. A public institution, the Royal College of Art was founded in 1847. Over the years, this mix of technical rigour and gestural eccentricity has become a trademark of RCA alumni – which include Jasper Morrison, David Adjaye and James Dyson, whose Dual-Cyclone bagless vacuum cleaner invented in the mid-1980s formed the bedrock of a company today valued at more than £5 billion. The annual RCA Show is held in the James Dyson Foundation building at the Royal College.

Our approach to teaching design reflects our passionate belief that the discipline – in its many forms – is both complex and constantly moving forward. – Professor Dale Harrow | RCA

MASSACHUSETTS INSTITUTE OF TECHNOLOGY (MIT), CAMBRIDGE MASSACHUSETTS
MIT is a privately funded polytechnic college the original remit of which was to research and develop technologies to exponentialise US industrialisation. Acutely responsive to social change, it was instrumental in stoking US brainpower to the Allied victory in WWII. MIT’s transition from an industrial to a post-industrial paradigm is thus incredibly illustrative of the way design’s mission is mutating in the 21st century. Additive technologies are the main focus of MIT R&D, especially the Tangible Media Group led by Professor Hiroshi Ishii, which “explores the Tangible Bits and Radical Atoms vision to seamlessly couple the dual world of bits and atoms by giving dynamic physical form to digital information and computation”. Gobbledygook? Example: last May the group developed a method for three-dimensional printing of artificial hair as thin as 50 microns in diameter, making possible the kind of nano fibres that Patricia Urquiola, for instance, says are the way of the future.

The current star of MIT is, without doubt, Neri Oxman, the Sony Corporation Career Development professor and associate professor of Media Arts and Sciences. Under the banner of Mediated Matter, she mines at the cutting edge of immaterial culture, creating photosynthetic wearables, three-dimensional printed glass vessels and, most recently, a series of compellingly poetic three-dimensional printed death masks that actually capture the wearer’s last breath.

ThompsonAdsett director, Peter Lippman, weighs in on the future of education design.