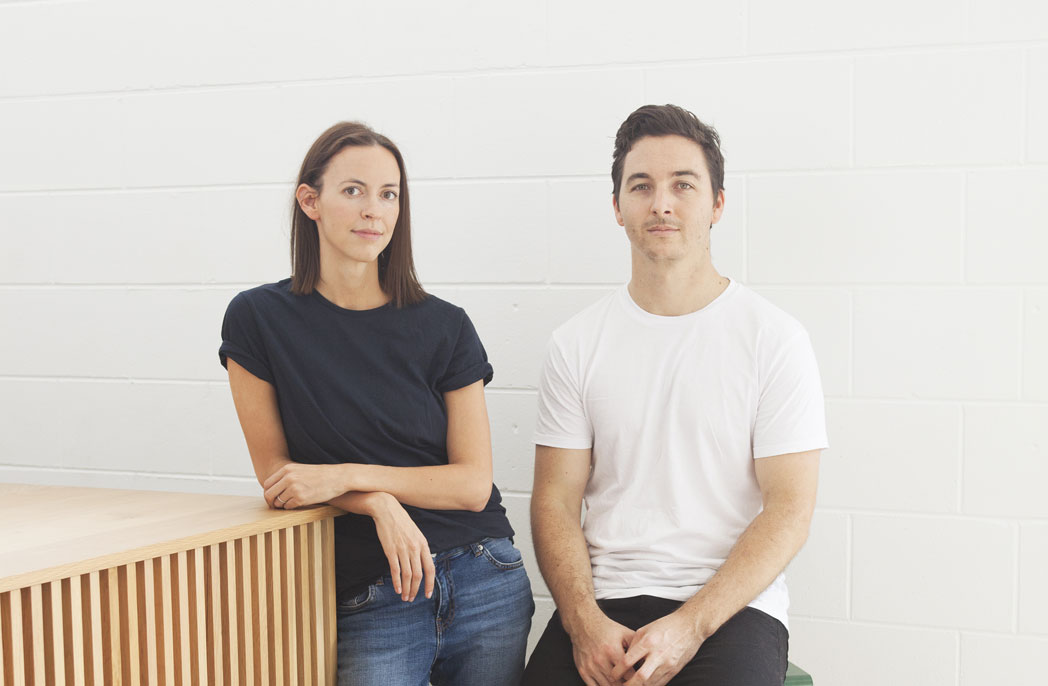 When you think of the palm-lined beaches of Noosa, images of luxury resorts, long weekends or even retirement might sail through your mind. For Rory Morgan and Kati Williams, that relaxed coastal-cliché couldn’t be further from their hard-working truth. In a few short years, the pair has built a furniture brand known for quality and a refined aesthetic that is catching the eye of architects and interior designers nationally.

Starting as Maker Studio in 2012, the couple rebranded as Mast Furniture early in 2015, a shift that reflects more than just an idyllic location on the northern tip of Queensland’s Sunshine Coast. Taking the first two letters from each word of the original name, Mast is a symbol of the coming together of ideas, of talents and of people – a partnership in business and a personal voyage.

“I had wanted to be an architect for as long as I can remember,” says Morgan, whose parents ran their own pottery business and grandparents made a living through art and jewellery. Finding himself at the helm of an emerging design and manufacturing business, he reflects, “I guess growing up surrounded by creative people running their own businesses rubbed off on me.”

While working as a draftsman, Morgan made the shift to furniture making in his spare time. As he recalls, it became “more an obsession than a hobby.” The self-taught Noosa local hasn’t so much turned his back on the dream of designing buildings, it is more that he approaches space from a different angle, creating furniture that carves out its own space within an interior.

Reinforcing the direction the pair have taken, Williams adds that “one of our biggest inspirations is designing for architectural spaces. Seeing our current range specified for cafés and residential projects is inspiring. It drives us to keep creating new pieces suited to those environments.” Having moved from America to study marketing and creative writing, Williams has put her skills to good use as Mast steadily charts its course across the nation, with the majority of their clients located in Brisbane or interstate. “We’re both 100% sure our business would be growing at a much slower rate without the help of Instagram.” she says, identifying the social media platform as their most valuable tool outside the workshop.

With their work popping up in Melbourne café Code Black Coffee and the multi-award winning Sunday House by Teeland Architects, it is a platform that is clearly working, though the challenges of isolation aren’t limited to recognition. Additional delivery costs and having to city-source components aside, the couple behind Mast find travel extremely important for both inspiration and exposure. “Because we are fairly isolated in Noosa, it was great to be a part of DENFAIR in 2015, to be involved with other people and businesses in our industry,” they say collectively of their experience at the Melbourne design fair. And after testing the waters to great success, what is on the horizon for Mast? “We know it will be advantageous to have a real-life showroom presence in capital cities,” they admit, citing the ambition to “have a nation-wide distributor for some of our upcoming ranges in the next 12 months.”