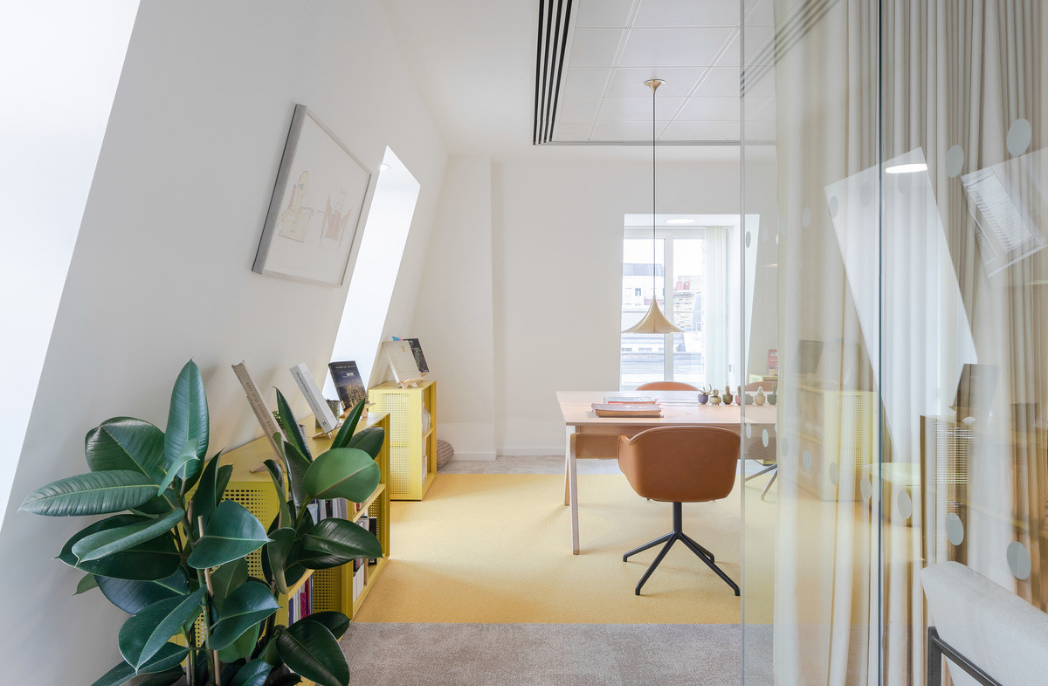 Hong Kong-based workplace design practice, The Office as a Project, was met with two very specific needs for this infrastructure research organization; maximising light and space and accommodating the unique needs of researchers.

Located in London, the brief for the office space involved turning a previously dark, uninspiring office for 36 workers into a bright, flexible workplace, for up to 45 at its peak, while maintaining the number of meeting rooms and even adding a large communal table and a library. 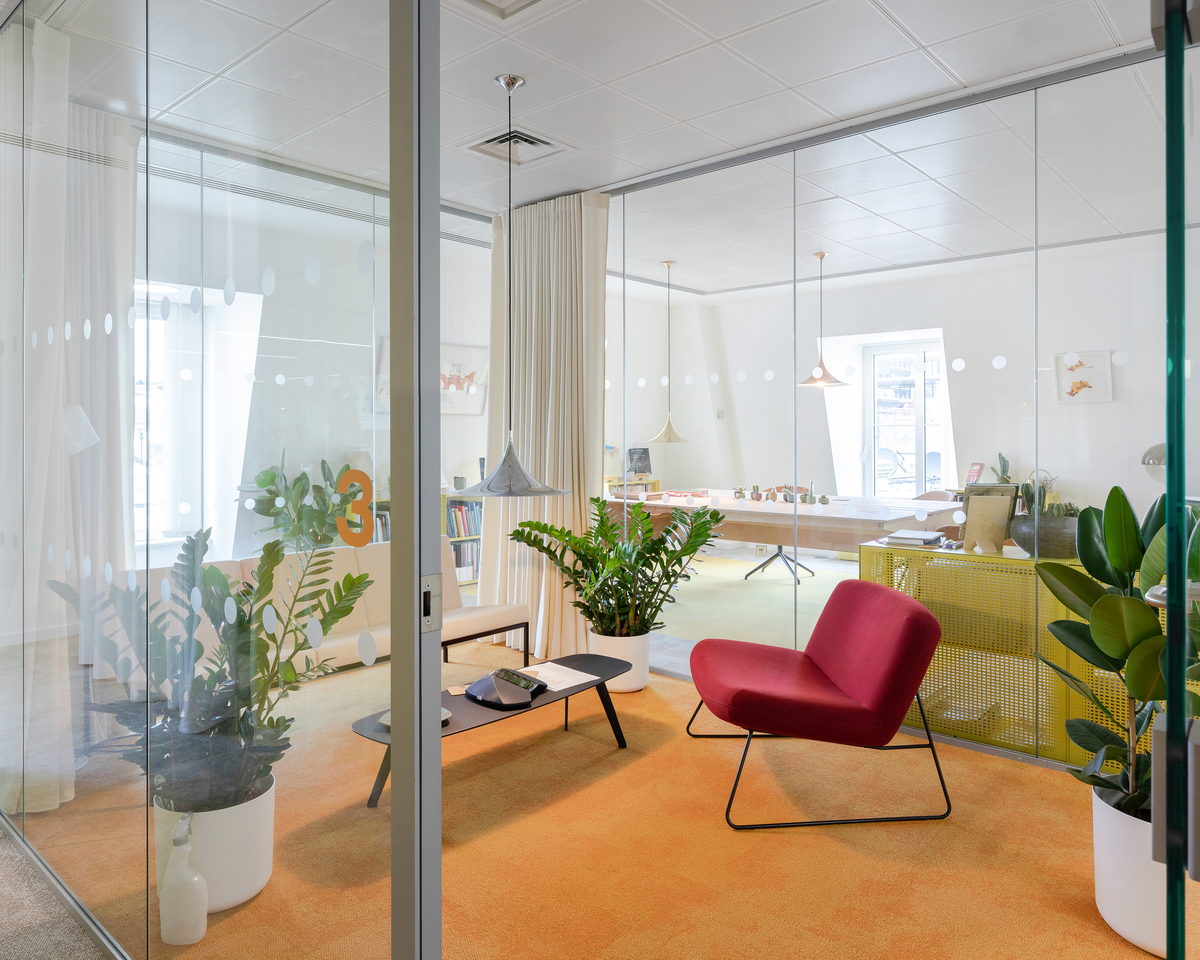 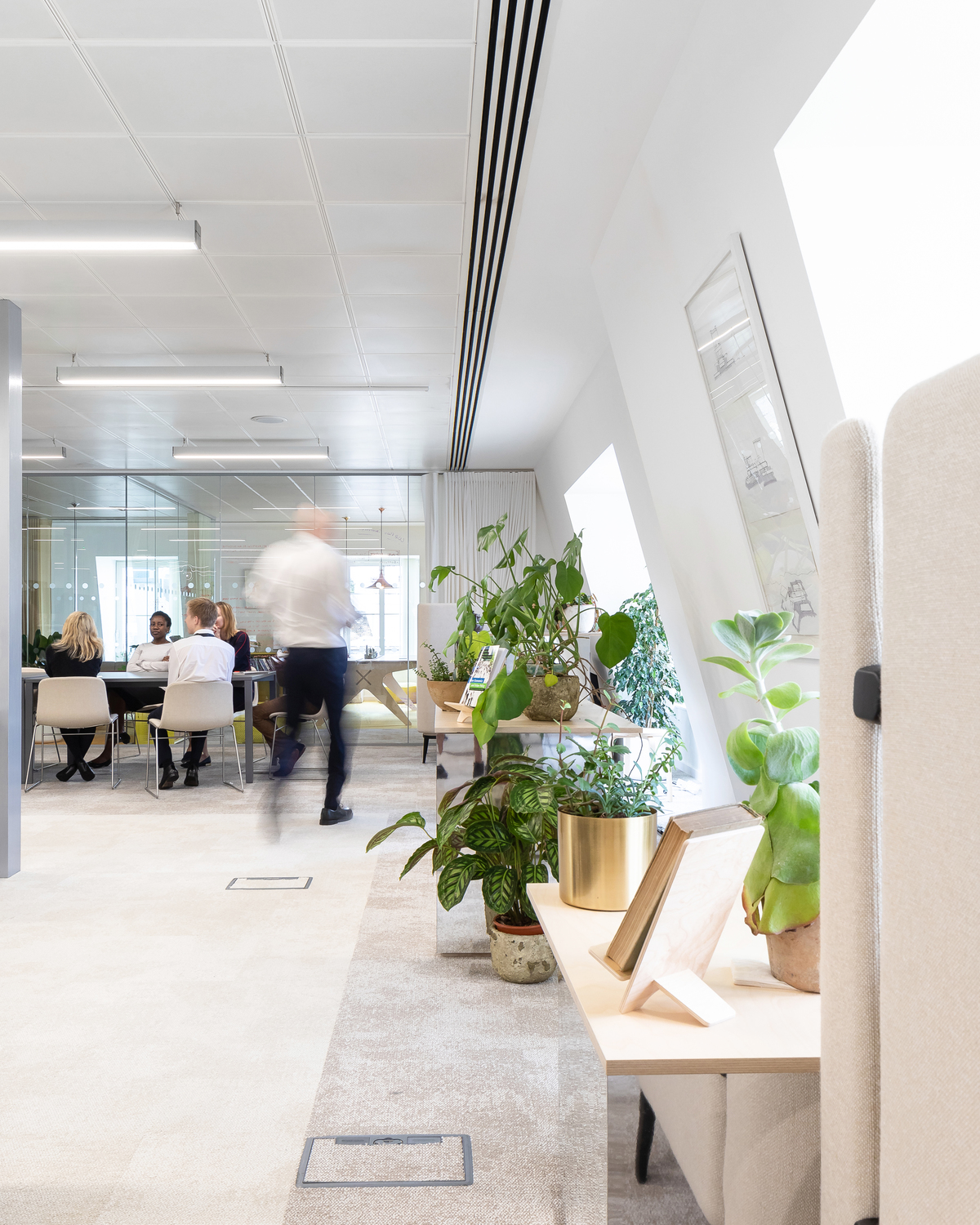 The clients are civil servants tasked with researching and writing white papers and advice for the government. As such, their work requires plenty of quiet, reading spaces as well as spaces where two or three people can informally gather to discuss their findings. 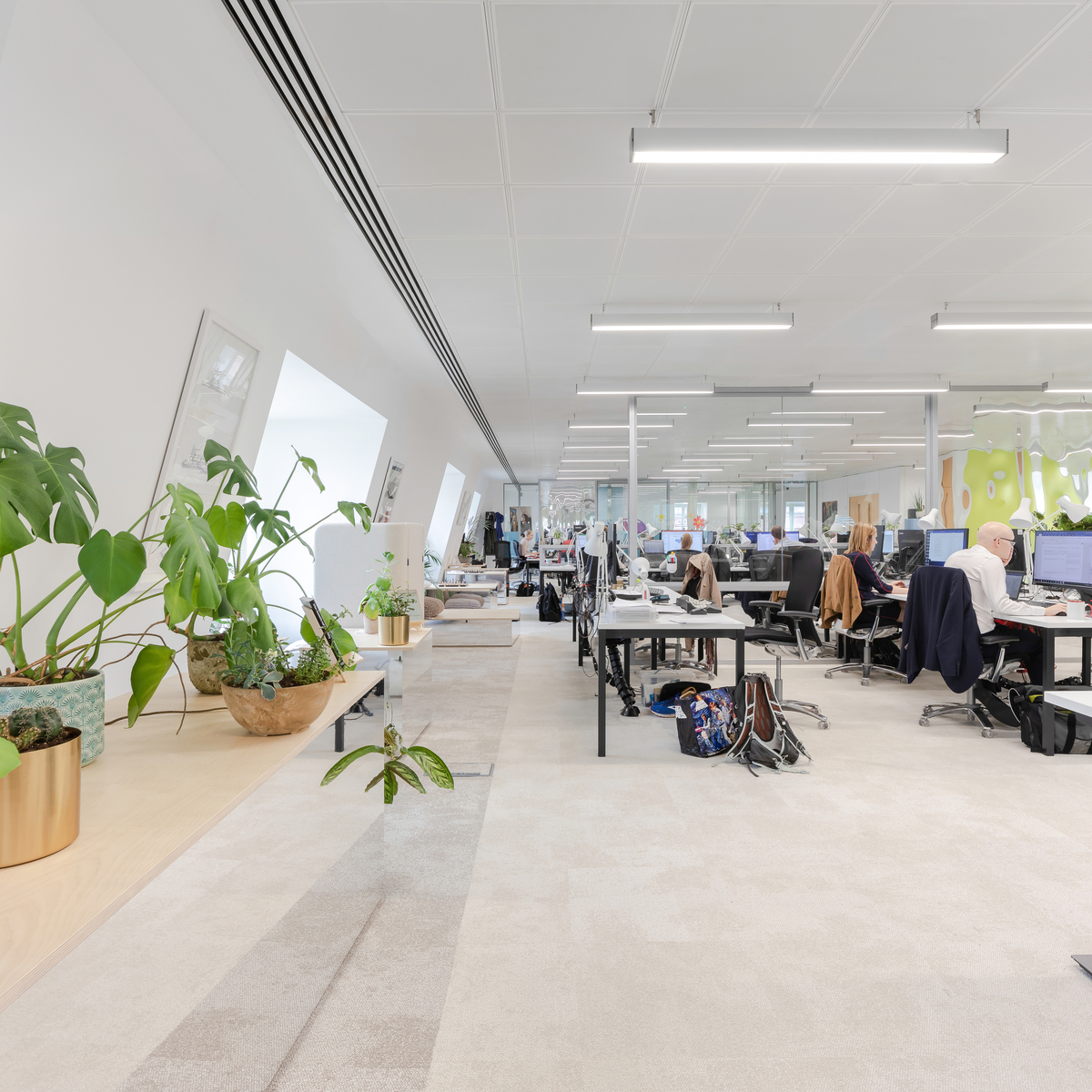 “We tried to create as many different kinds of of these spaces as we could,” explains Michael He, founding director, The Office as a Project.

“The client also had a revolving set of team arrangements, depending on the topic at hand. Along with a core group of staff and researchers, outside experts were sometimes brought in to expand their ranks for certain projects. We tried to accommodate these changing team sizes with a variety of desk clusters.” 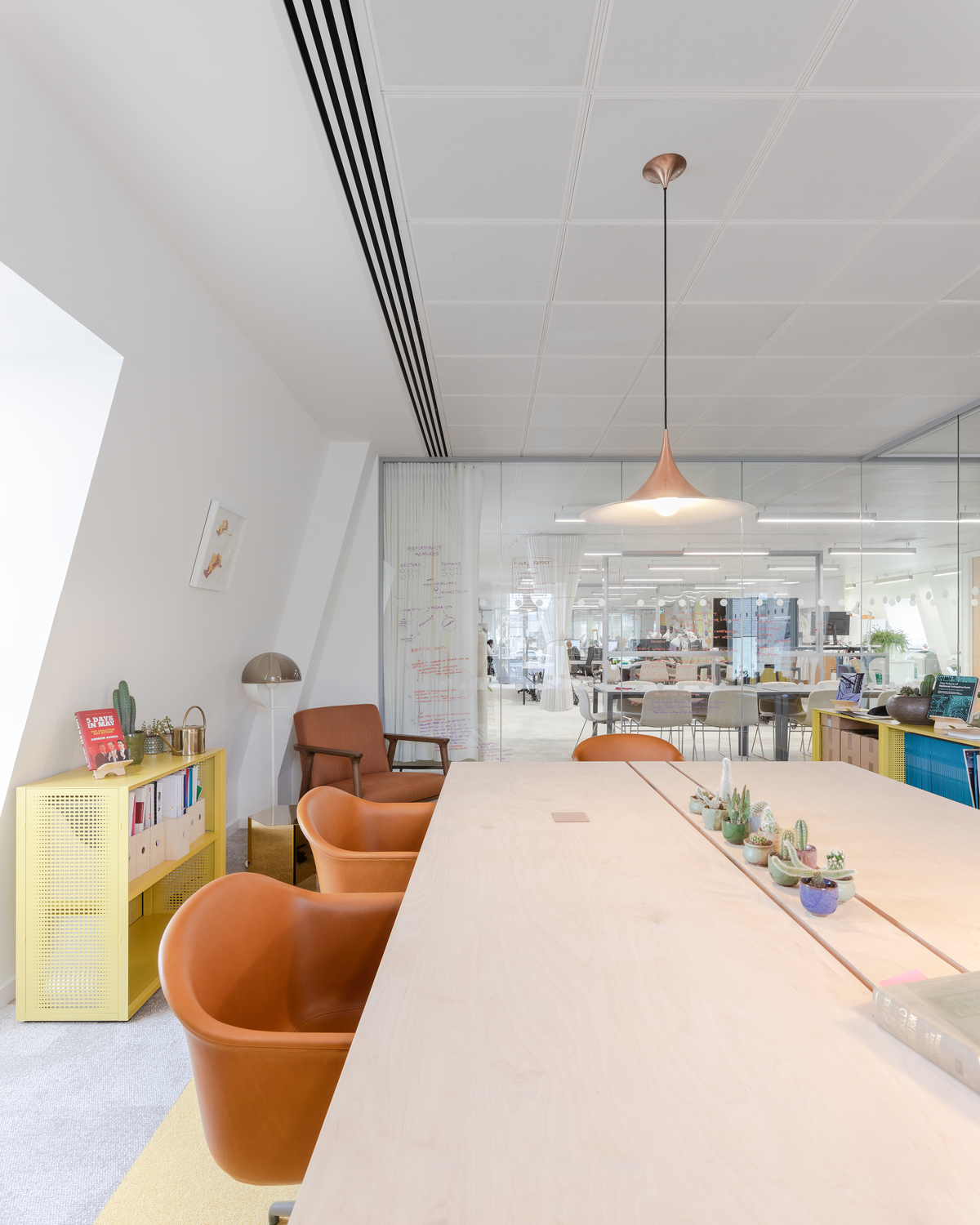 Hotdesking strategies were used to maximize worker capacity and additional workers for peak moments can be accommodated in the various private rooms and open seating areas. Power and data were over-specified to allow for future desks if necessary. 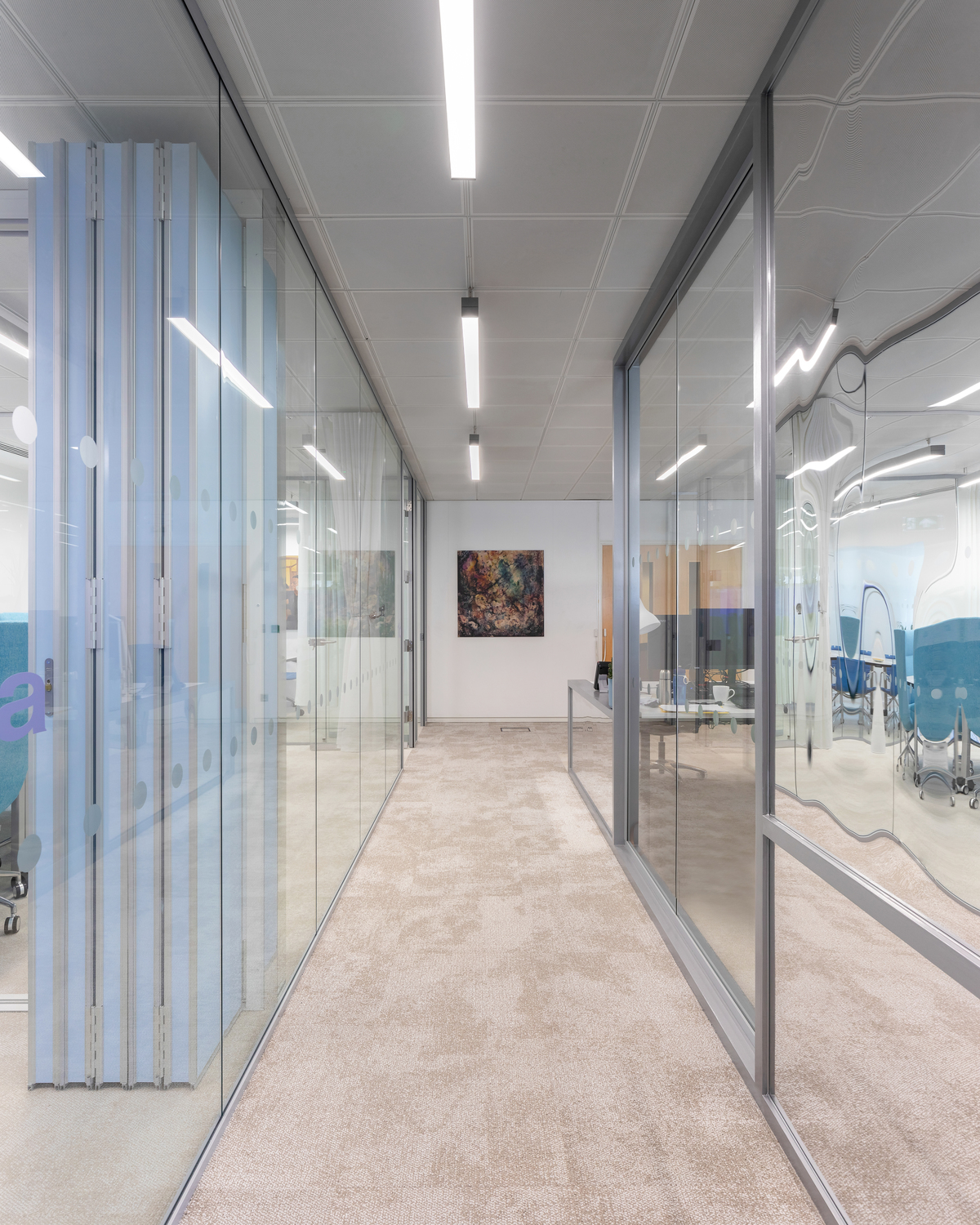 Efficiency in desk arrangements allowed room for the library, which sits in the brightest corner, as well as for a big, communal, table for informal meetings and gatherings. 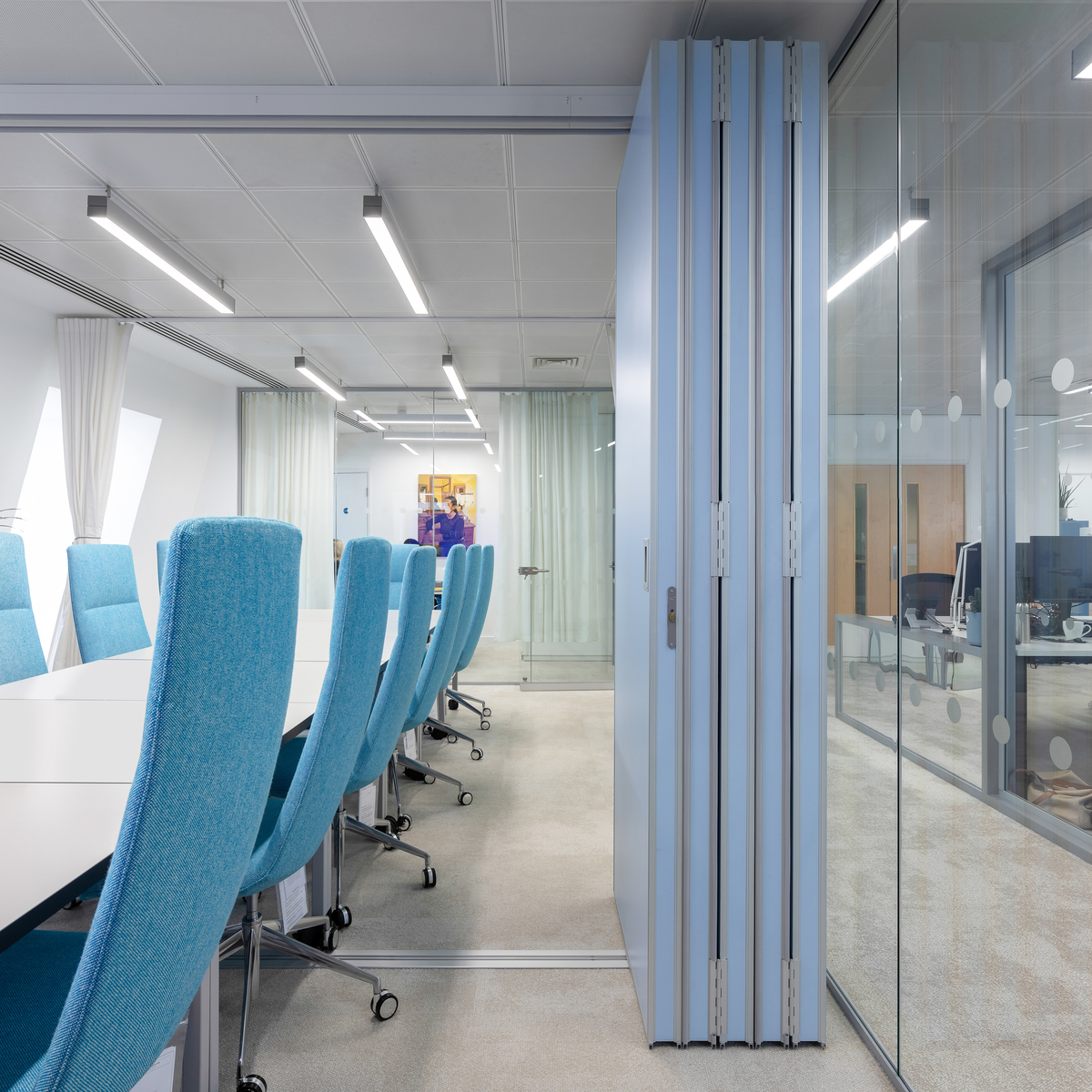 “There was even some leftover space along the northern windows for private reading areas and ad hoc meetings, both seated and standing,” adds He. 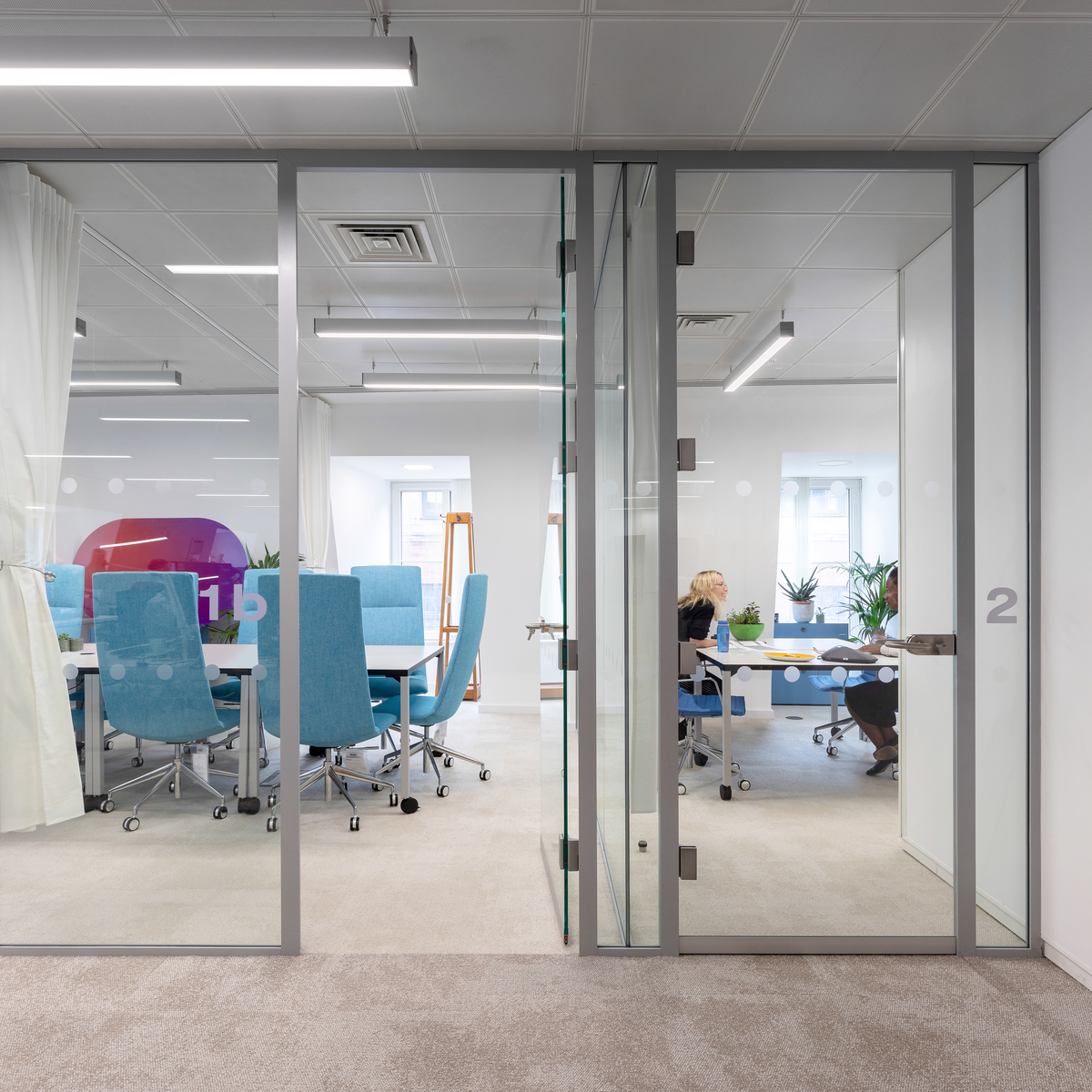 Lighting was maximised by orienting most elements north-south to allow as much light into the space as possible. Mirrors were used to maximise the sense of openness while at the same time allowing spaces to be divided and for privacy to be created.

Photography by Peter Landers and The Office as a Project