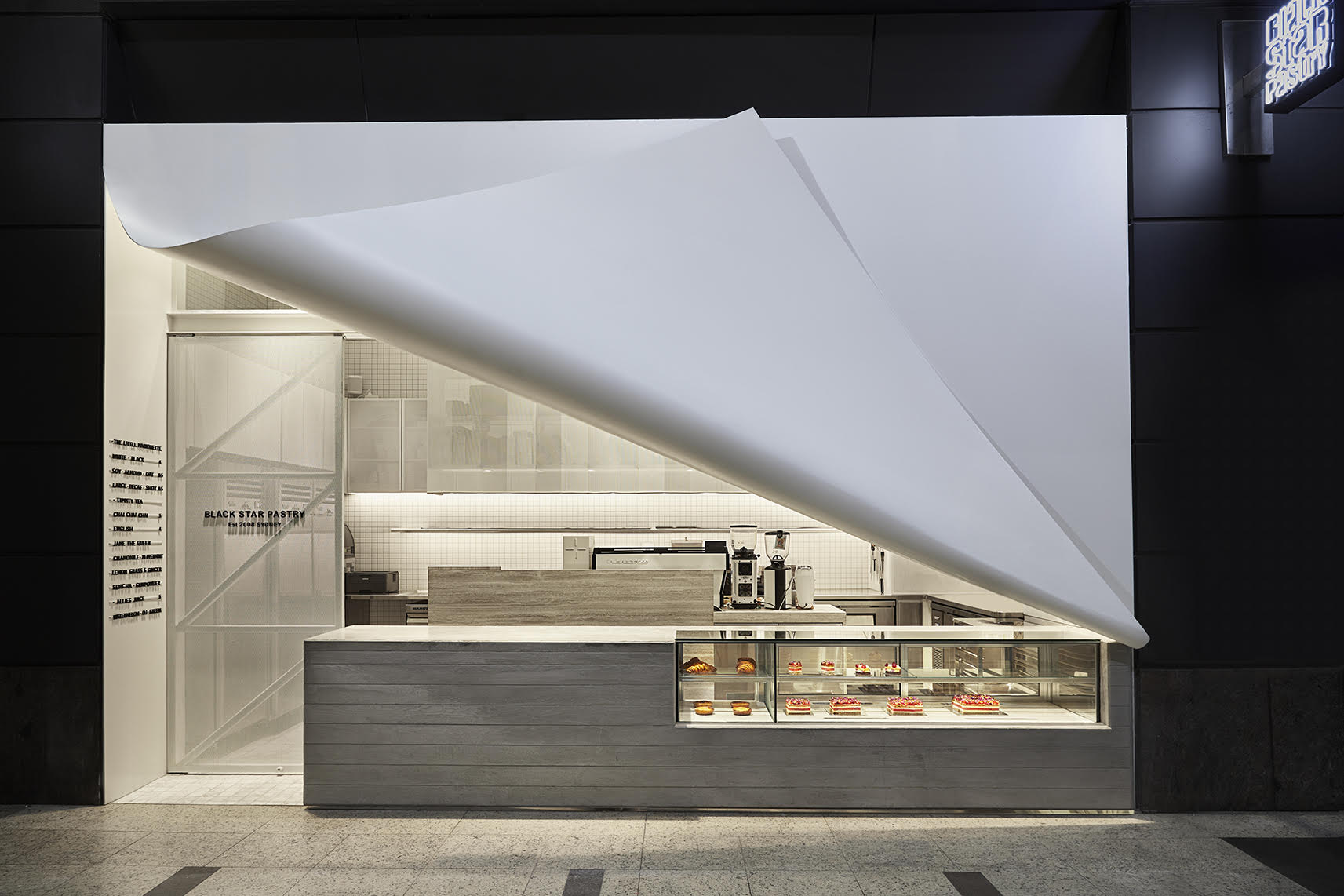 Studio MKZ used a “stark white” base palette as the foundation for its fitout of Sydney pastry store, Black Star Pastry.

With stores in Melbourne and Sydney, Black Star Pastry is behind the internet sensation, the Strawberry Watermelon Cake, which the New York Times dubbed “Australia’s most Instagrammed cake”.

The Galeries outlet is the brand’s fourth location in NSW, with the original pastry shop established in 2008 in Newtown.

“When it finally could open its doors, it represented a new era of Black Star with a whole new look and vibe.”

Located on the ground floor of the CBD mall, the new store pays tribute to the Japanese-based retailer Kinokuniya Books, where Black Star Pastry got its start, with a white canvas that “seemingly peels back” to reveal the range of cakes like the “turning page” of a book.

Designed to fold open, the white canvas creates a visual tunnel, which continues through to its sister kiosks both adjacent and above the space.

Behind the canvas, the colour palette is muted. Faded grey timber slats line the cake display cases and small kitchen/bar located at the rear of the shop.

A white mesh door separates this space from the service area and features the brand’s logo in black lettering.

Small square tiles line the walls, while the cabinet fronts are also a transparent white mesh.

“Our client’s brief was simple: a hole in the wall,” explains Kim.

“A visually minimalistic approach was taken by first applying a stark white base palette, which then allows the architectural shape and form to play a major role.”

A few metres away from the store are cream stools and an elevated table topped by a curled plastic form that mimics that canvas, where diners can enjoy their coffee, croissants, toasties and cakes.

With offices in Melbourne and Sydney, Studio MKZ is an emerging architecture and planning company that specialises in retail fitouts.