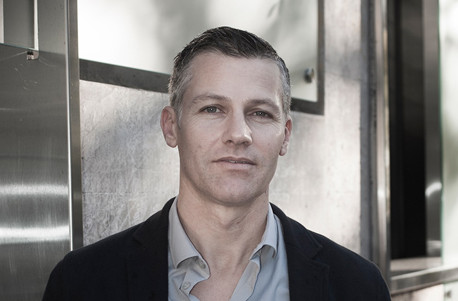 With a portfolio commensurate with much larger practices, Smart Design Studio (SDS), founded and directed by William Smart, has moved steadily forward to become one of Australia’s leading interior design and architecture firms. And while key projects have garnered growth of both the business and profile, it is the steady increase in confidence these projects have manifested in Smart that has made them the cornerstones of the practice. Chief among these has been the work Smart continues to produce in the inner Sydney suburb of Chippendale, including White Rabbit, Central Park West, Indigo Slam and, most recently, Connor. Effectively, his aesthetic and drive for perfection is shaping the whole precinct, while reflecting his childhood wish to buy a whole town and fix everything.

Rather than a particular style, it is Smart’s meticulous attention to detail that is evidenced throughout his body of work – where joinery, line, hardware and the minutiae of detail coalesce to a seamless perfection. Interestingly, it is his natural way of working rather than a learned pursuit. “As a student I excelled in anything that involved detail: I love drilling down to every layer,” says Smart, who describes his young self as an “excruciating employee”, who would insist on faxes and drawings of each screw that would be used before he could complete a drawn element.

And while this did make him particularly slow at the start, it also made him exceptional and a four-year stint with Sir Norman Foster’s Foster + Partners in London working on “amazing projects” soon followed. Rather than returning to Australia with a plan to build a business, Smart went to work on Sydney’s Olympic Park railway station for HASSELL for two years. By 1997, however, he was more interested in finding his own voice and began his practice. “I didn’t have a very clear plan for a practice or what I wanted to produce. I knew I wanted to go on a journey, so I literally went from doing large projects that were documented with systems and every detail considered very seriously (before it was applied to a whole building) to very small apartments for friends,” he says.

Quantifying the Smart voice remains somewhat elusive. As he points out, when SDS designed the offices for APRA (Australian Performing Right Association) AMCOS (Australasian Mechanical Copyright Owners Society), which were really beautiful, sustainable and interesting, this cemented SDS as a practice that can work in a sustainability area with strong credentials and bring style to the equation too. When the glossy red joinery of the Smart Apartment was completed, SDS became known for doing great things with small spaces. And then, when it created some amazing staircases, it became known for that.

Evidently, it is not a style per se, but rather an attention to detail or observation of a building’s needs that reads throughout the SDS oeuvre, without overtly forming a signature. Recognising SDS’s nuances have always been subtle, Smart explains, “You produce a piece of work and then look at it and eventually you connect the dots and realise there is a thread that is unique. And, over time, you stumble on new discoveries and then you start to reference your own work.”

As Smart points out, when the first of the SDS projects were published the phone did not ring off the hook. But then, as more followed, his confidence grew. The projects in Chippendale ostensibly signalled the game changer in terms of commercial and industry recognition with White Rabbit Gallery receiving national and international accolades. Central Park West similarly pushed SDS’s name with a broader audience, which led to larger and more complex projects, including Connor also in Chippendale.

Chief among these hallmarks is Indigo Slam, the private home of Judith Neilson (owner of White Rabbit, among other things). Aside from being the textbook addition to Smart’s portfolio, it was the first time his design acumen was given free rein, with Neilson simply asking that he deliver the best house in the world.

“There are points where it all changes (like everything),” he says. “Suddenly you do something either large and significant or really good and then you feel like the ship changes course ever so slightly.” Recognising these shifts has positioned Smart to shape the practice and body of work. “As I get older and more confident, I’m quite inclined to say ‘I have a strong feeling for your project and it is this’… ‘I think this is what we need to do and I can’t solve it all right now, but this is where I am going’.” More generally it has allowed him to cherry pick the projects on which he works. “I think we have enough critical mass to be able to say ‘that doesn’t feel like our work’ or ‘this one really is for us’,” says Smart, adding that increased awareness of the practice’s oeuvre is paralleled by work brought to it that is more likely to fit.

At 16 years, SDS sits at a ceilinged 45 employees, having doubled in size over the last four years. It is structured as a group of five teams (residential single, interiors and three for large-scale projects) and each project is considered individually, with both team and lead architect selected to suit. “I consider everything we prepare here as a body of work produced by a team of people. Part of my role in the studio is to try and connect people to each other, so that the detail being done by someone on a house works in the same way for work on an apartment building.”

Effectively, this mimics the Foster + Partners studio model, as does the ability to share learnings across scale. “Some of our jobs are very small and you can’t spend a week developing a single detail, you have got to draw from other experiences,” says Smart. Perhaps the defining element of the practice that really stands out is its rigour of self-scrutiny. “How good is the detail? Is it going to work? Is it going to last? Is it practical? Is it beautiful enough? These are the type of questions we are asking ourselves all the time,” says Smart. “And our goal is not to create projects that we get to the end of and Photoshop so they look amazing; it is to do work that stands for itself and is good.”

For the most part this love of perfection suits clients’ needs. On occasion, however, SDS has removed its name from advertising collateral when the final stage of a project has been taken from its guardianship. “I love, love, love beautiful details and recognise that our projects need their details to really sing. I find it really frustrating to see our work dumbed-down and not supported by the detail,” says Smart, who is also frustrated by the slavish way in which many large firms follow a brief. “Who made the brief and does it really matter – can’t we do better than the brief?” he says.

The resulting practice is one of incredible scope, with projects across all typologies. Indeed, as 2016 gets underway SDS is working on residential projects, including an 850-square metre apartment, a 27-storey brick hotel and residential tower (Austral – dry pressed Bowral bricks) for Crowne Plaza in the heart of Sydney, a five-building community around a park in Bondi and a railway infrastructure project, as well as both large and boutique apartment buildings. And while Smart claims there was no plan when he started SDS, by differentiating the studio as an architectural practice that specialises in interiors from the start, he has inadvertently cornered this market and created a distinctly Smart voice.

Gillian Serisier has nicely captured the outstanding qualities of William Smart’s work. It is wonderful seeing a practitioner, and his team, continually taking such care and attention to detail – while of course keeping an ever present eye on the “big picture”.
A wise move too, on behalf of the practice to limit its size – even if this means delaying or declining commissions.