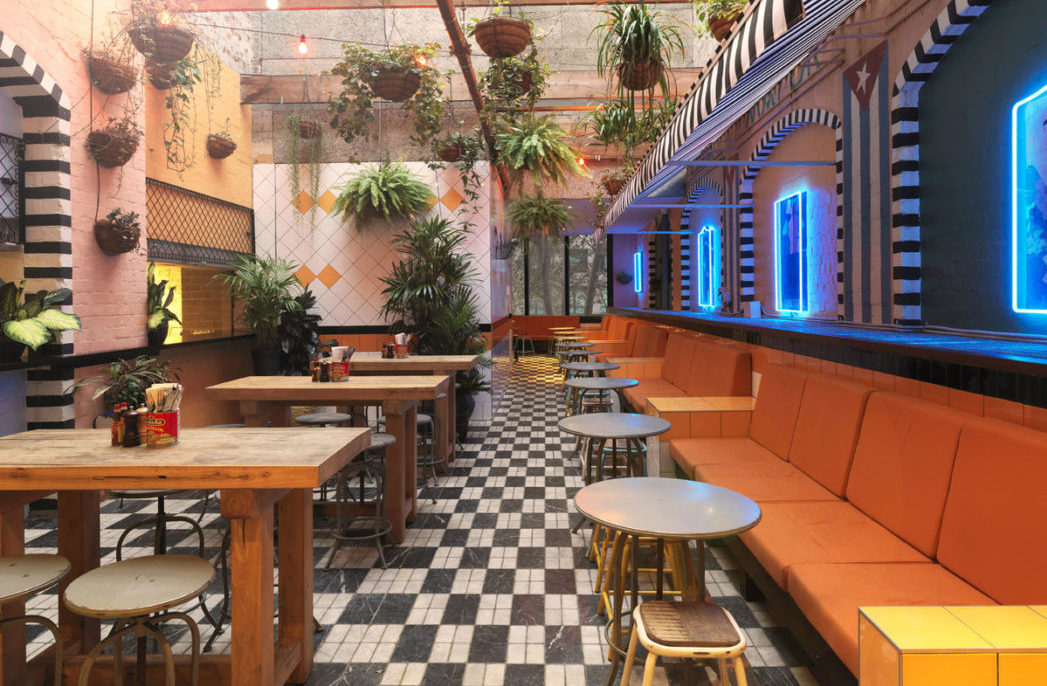 A taste of Cuba: Hotel Harry

Hotel Harry is a Heritage listed hotel that sits proudly as the leader of Sydney’s artistic heart and soul, Surry Hills. The building marries federation architecture with the stylish and contemporary feel expected of a boutique hotel. The architects behind the new fitout, studio gram, answer a few questions for ADR.

How did the project come to you/your practice? Was it a long tender process?
The project came to our practice via Mash. They are an Adelaide-based design practice. We collaborated on this project with them. It also shared some clients with our project Motel Mexicola, which was another collaboration with Mash. 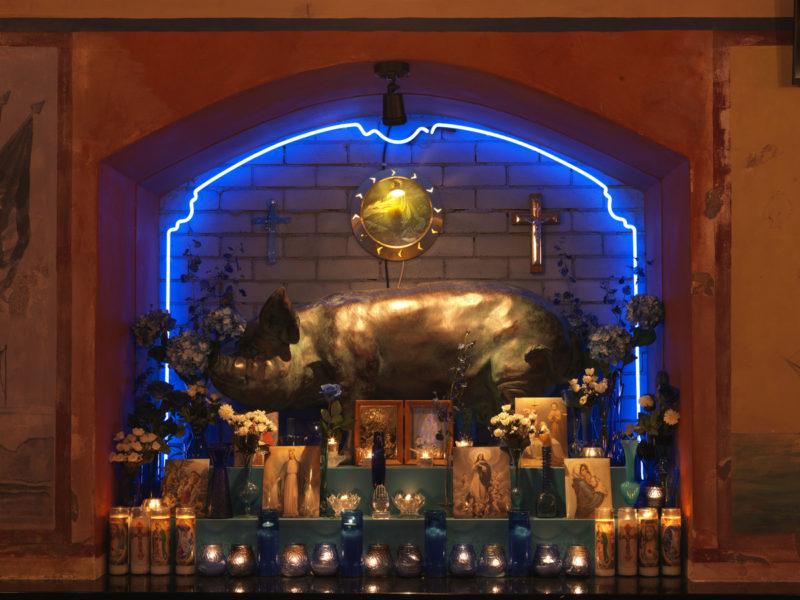 What was the building like when you started working on it?
The building was in need of some love. The previous owners had a long history of removing the heritage features of the building without any form of consent, and paying fines for their removal. It was tired and unorganised. It lacked any kind of direction or concept. 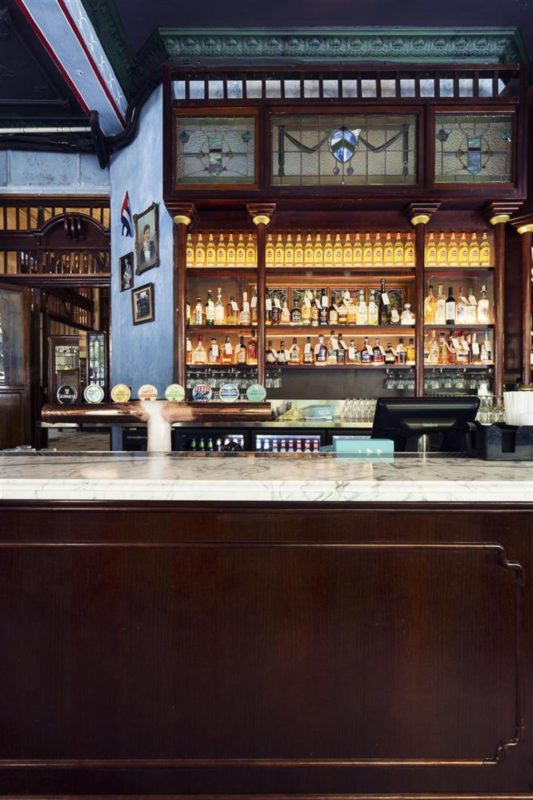 How involved was the client from the initial conceptual stages and throughout the design process?
The clients were very involved. They were there from initial design concept stages through to completion on site. It was a collaborative process from the outset, and still one of the most enjoyable projects that we have been involved in. 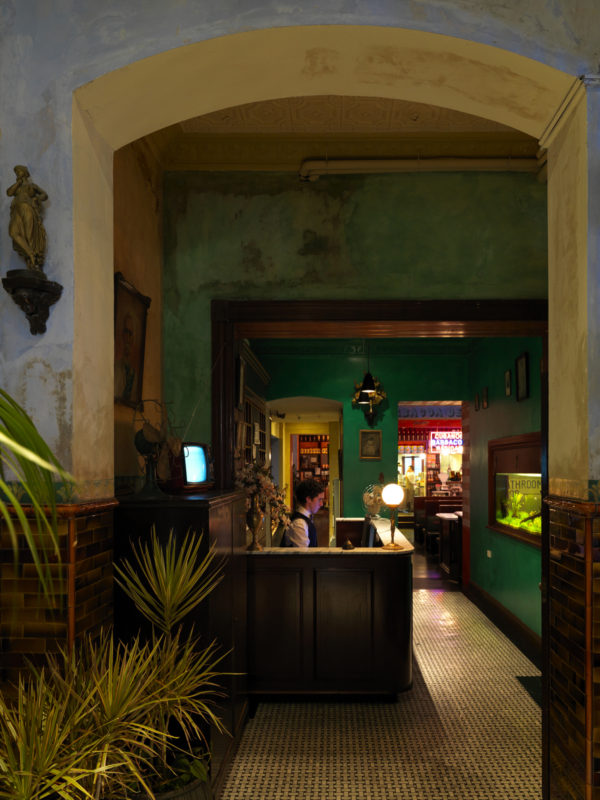 Can you talk us through the different spaces in the hotel, their different aesthetics and how they fit together?
Hotel Harry comprises four levels in total – food and beverage and the hotel suites.

Conceptually, the whole of the building was developed as a Cuban mansion. Layers of paint were removed through a peeling process to reveal the age of the building to help tell the story of the past that was present within.

The ground floor public bar is an ode to the public bars of the past. There is a large bar that wraps the internal circulation stair to create a bar presence in all rooms. The kitchen was inserted into the corner of the façade to activate an under-utilised laneway while celebrating the food that was an intrinsic part of the concept. The open space throughout is then split between a diner and a public bar. 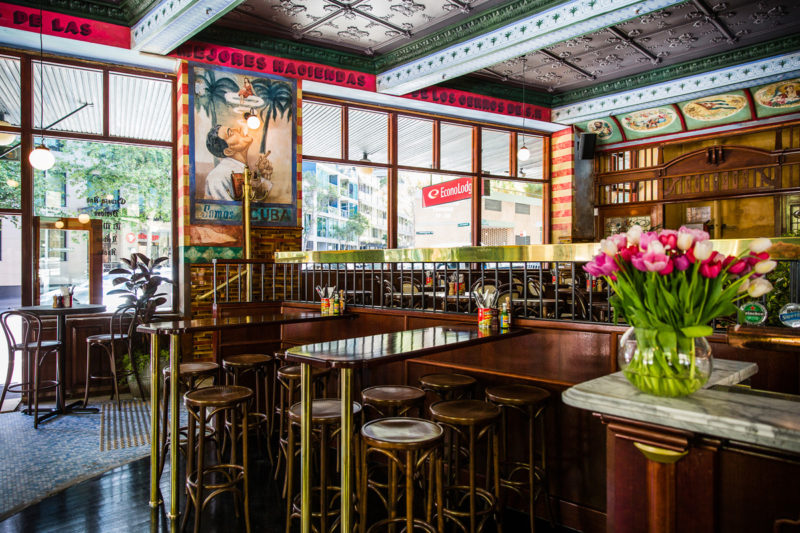 The remainder of the ground floor is the gaming room. This was to take on the grandeur and the beauty of an early 20th century bank, with ornate steel work and brass detailing throughout.

Level one always needed to have an outdoor space. We removed level two and the roof above for a portion of level one to create an internalised terrace and drive patronage from the street level up. The remaining areas are split into the dining room, and the cocktail bar (Florida Blanca). There is also the parlour, a small room akin to this age of building, adorned and overgrown with greenery.

Level two and three comprise 22 hotel suites. They’re an ode to the building and reminiscent of the era, with nice fittings throughout and cleverly crafted hangover kits, minibars and claw foot tubs for long soaks. 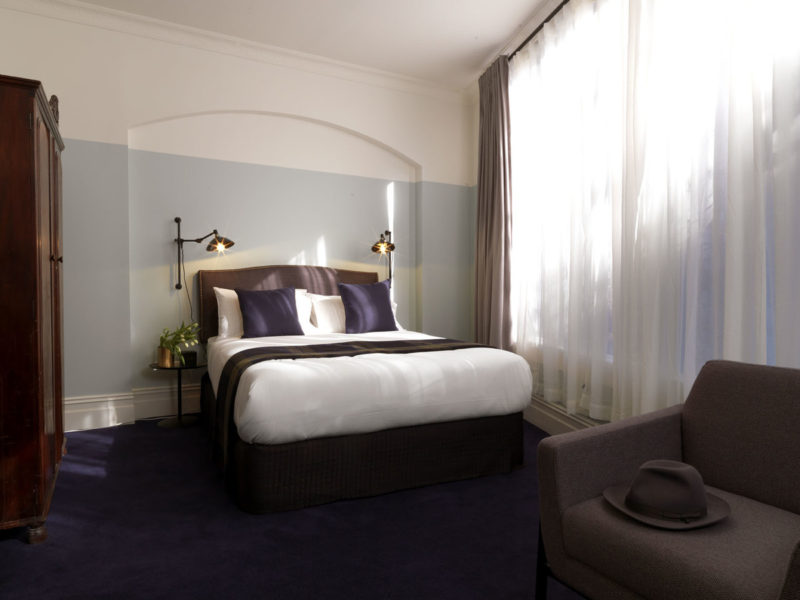 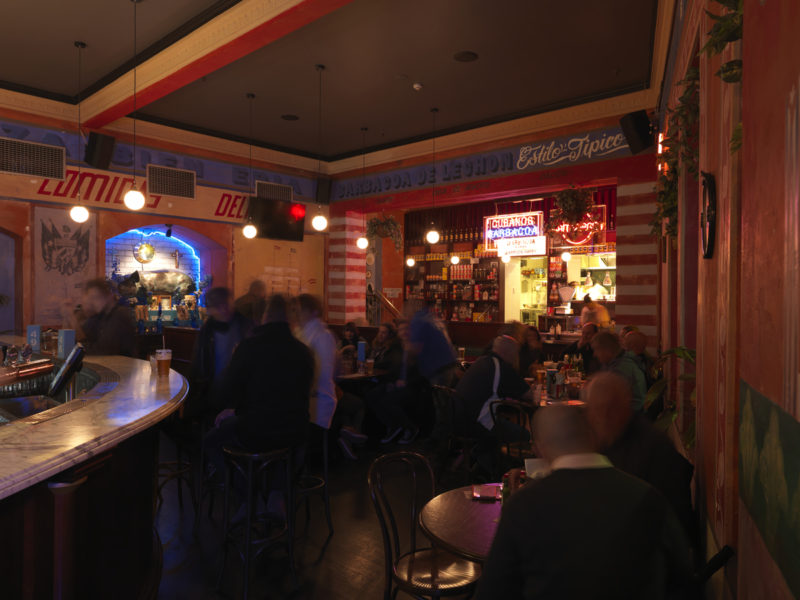 What is your favourite element of the project?
We had a lot of fun developing Hotel Harry’s joinery package. Everything in the hotel is bespoke. It was nice to work on a project where we could develop joinery that had a nod to the old world. The main public bar is our favourite piece. It’s topped with some of the original façade panels that we found in storage. We were able to repurpose them as light boxes, something we could never afford to do on most projects these days.