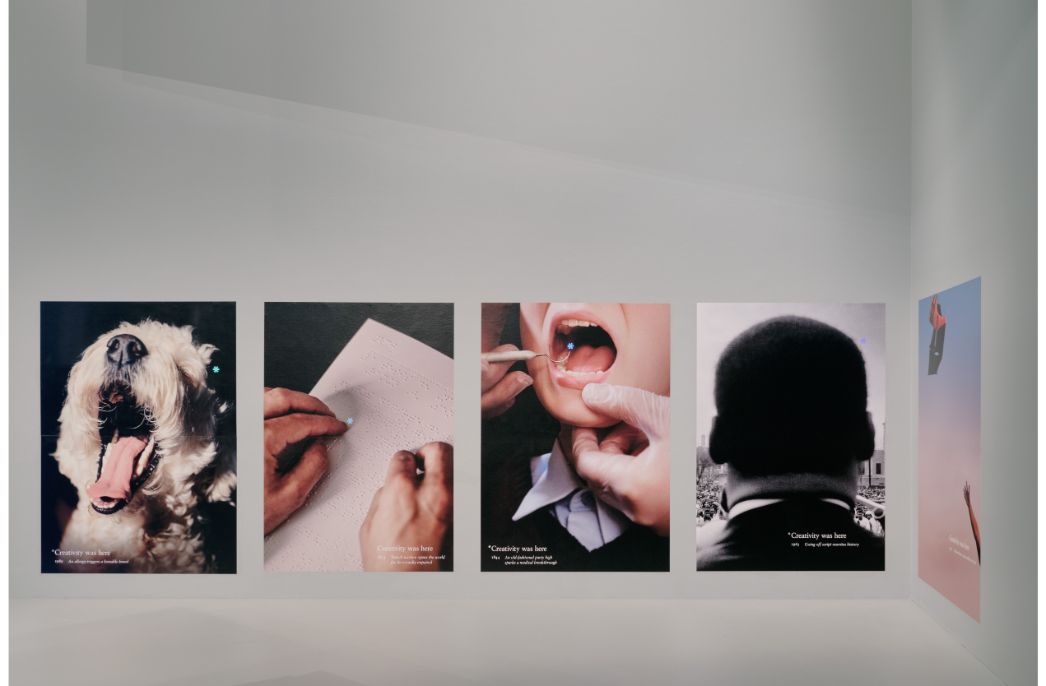 The National Gallery of Victoria (NGV)’s triennial Rigg Design Prize is the highest accolade for contemporary design bestowed by an Australian public gallery.

Established in 1994, the prize profiles a different field of design practice every three years. Past prizes have recognised excellence in interior design and decoration, object and furniture design and jewellery design.

This year’s prize turned its focus to advertising and communication design, the first major exhibition in the NGV’s history to celebrate this particular discipline.

The finalists invited by the NGV to compete for the $30,000 triennial Prize were Clemenger BBDO Melbourne, DDB Group Melbourne, Frost*collective, Gilimbaa, Leo Burnett Australia, TBWA\Melbourne, The Royals and Thinkerbell.

For the exhibition, the NGV challenged each agency to create a campaign that articulates the potential of creativity to accelerate positive social, cultural, economic, or environmental change.

Each agency developed a suite of campaign assets – including billboards, street posters and moving image – to communicate how creativity can shape who we are and the world we live in.

Highlights from the exhibition include:

Creativity Was Here is a campaign that points to the numerous examples of creativity that have had a profound impact on the world as it is today. From cultural movements to law reform, brilliant inventions to life-giving medical innovations, the campaign uses striking imagery and emotive storytelling to communicate that creativity is responsible for so much more than is immediately apparent.

Unlearn the Untruths is directed towards anyone who believes that they are simply not creative, and urges them to re-engage with their creativity, to think differently about their surroundings and what it means to be Australian. The campaign has been created by Gilimbaa, a 100 percent Indigenous-owned communications and creative agency based in Brisbane. Unlearn the Untruths suggests that a reconnection with creativity can spark a reconnection with one another, with the more than 200 cultural backgrounds that make up contemporary Australia, with First Nations histories and with Country.

Lured by the promise of winning large cash prizes, approximately three million Australians buy a scratch card each year. Invaluable scratchie reimagines the scratch card by replacing the dollar value of the prize, typically hidden behind the silver scratch ink, with ‘creativity’ – a prize that it’s impossible to put a price on. Inviting Australians to uncover the value of creativity, the Invaluable scratchie campaign uses physical and digital interactive scratch surfaces that, once scratched, reveal illustrated examples of the nation’s many creative achievements, from the Hills hoist to the life-changing cochlear implant.

The winning campaign will be announced on 13 October. For more details about the exhibitions, including a full list of the campaigns, head to the NGV website.