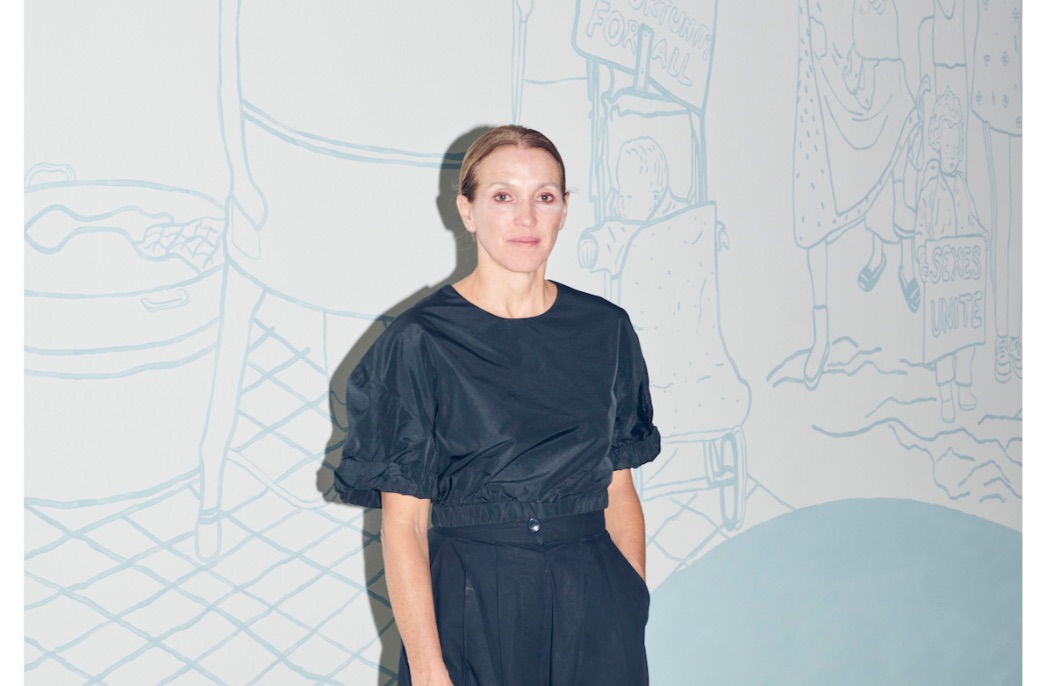 With a calm voice and her captivating accent, Tatiana Bilbao explained the inner workings of her new piece on Wednesday at the National Gallery of Victoria (NGV) in partnership with MECCA as part of the inaugural Women in Design Commission.

“I truly don’t believe there is a possibility of gender equality if we don’t talk about it,” Bilbao said.

The renowned Mexican designer and architect presented at the Melbourne museum ‘La ropa sucia se lava en casa’, which can be translated as “dirty clothes are washed at home”, in which she explores and interrogates the gendered chores and tasks hidden in the private sphere.

She explained that ‘La ropa sucia se lava en casa’, a very popular motto in Mexico, is a way of saying that private matters have to be dealt with within the private sphere.

But that is where Bilbao wants to start the conversation when it comes to enduring inequalities surrounding domestic work in contemporary society and how dominant ideologies shape our public spaces.

A large concrete communal washbasin and a collaborative textile, her piece draws attention to a “labour tucked in and invisibilized in the private realm, not spoken about.”

Choosing architecture and design to convey this message is a way to counterbalances the idea of a “static architecture”, as according to Bilbao, “it has allowed this process to exist”.

‘La ropa sucia se lava en casa’ stems from a collaborative workshop the designer held in Mexico City, Berlin and Melbourne, during which Bilbao started a conversation about what these pieces of garment and textile meant to each individual.

“This way, we created this quilt,” a collage of conversation and care.

This avant-garde work is for its creator a way of  “thinking how to open conversations to create different possibilities in space through the production of space to advance equality for women.”

What drives Bilbao is “putting care in the center of everything, creating housing.”

“That really allows these possibilities to exist, and to give opportunities to women that don’t have access to education, to access to the formal economy, to really advance forward and for me, that is my task.”

Her work has been acclaimed both by the NGV as well as by MECCA’s Joanna Elizabeth Horgan, who stressed the importance of Bilbao’s ‘La ropa sucia se lava en casa’ and said it was an extraordinary piece of work entering the collection by such a “phenomenal woman and architect”.

“Women in Australia, for example, do 32 hours of hidden work,” Horgan said.

She said she admired the way Bilbao reverberated gender inequality in her creative process, unhid hidden work and put it at the centre of design.

“It showed what is one of the silent drags on women being able to get ahead, and I think that’s superb.”

MECCA x NGV Women in Design Commission: Tatiana Bilbao is at NGV International, 180 St Kilda Road, Melbourne and runs until 29 January 2023. You can find out more about what’s on offer at the NGV website.