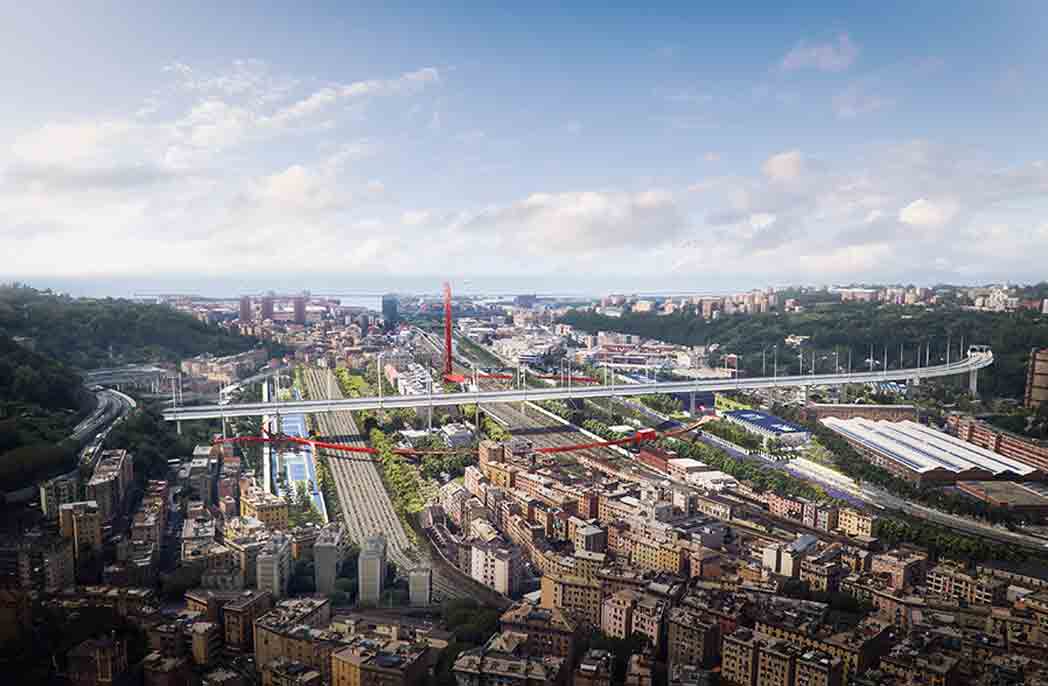 Milanese architect Stefano Boeri has unveiled designs for a circular walkway to be built below Renzo Piano’s replacement for the collapsed Morandi Bridge in Genoa, Italy.

Teaming up with Metrogramma and Inside Outside, the Stefano Boeri Architetti studio has designed the walkway as “a symbolic element and embodiment of the ‘urban sewing’ of the two sides of the valley”, connecting it to a massive landscape project of Mediterranean plants and trees that will make up a series of multifunctional green spaces called Polcevera Park. The park will include Genova in the wood, an art installation featuring 43 trees, designed by artist Luca Vitone and dedicated to the memory of the victims of the 2018 bridge collapse. 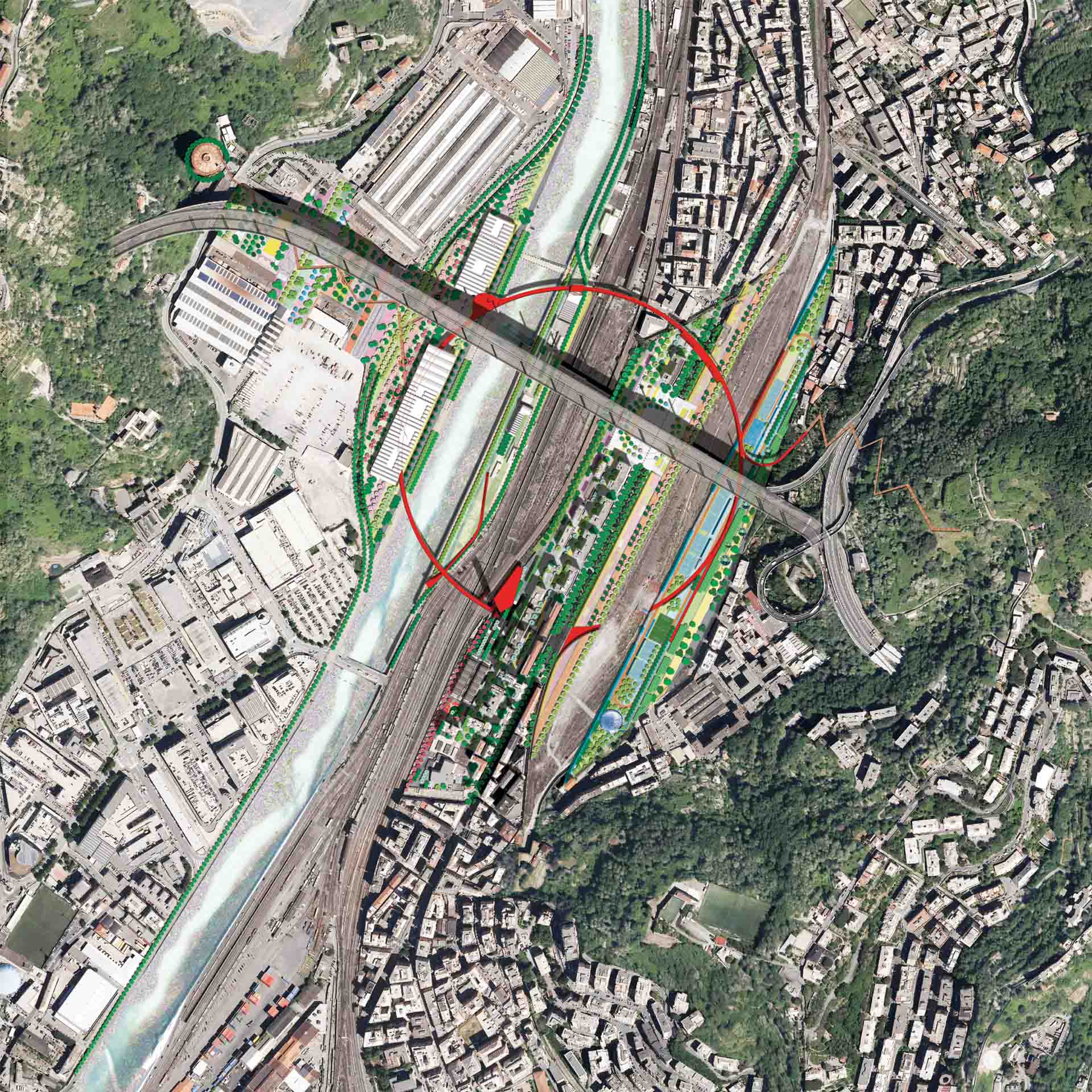 Stefano Boeri describes the projected walkway as “first and foremost a relationship-building structure”.

It’s expected to be 6 metres wide and stretch 1,570 metres around a 250 metre radius. At its heart is the 120-meter-high Wind Tower, which will produce and distribute renewable energy to the surrounding buildings. 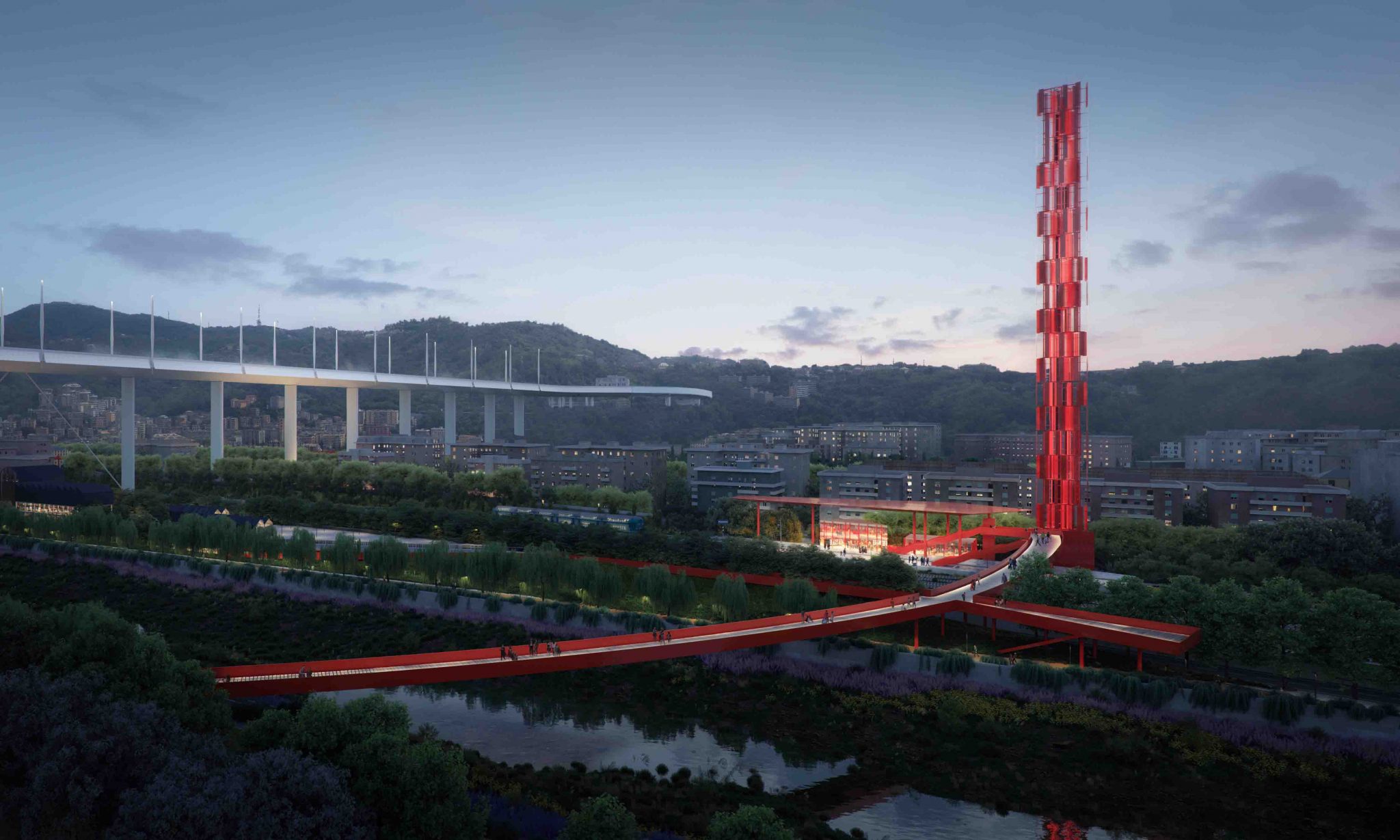 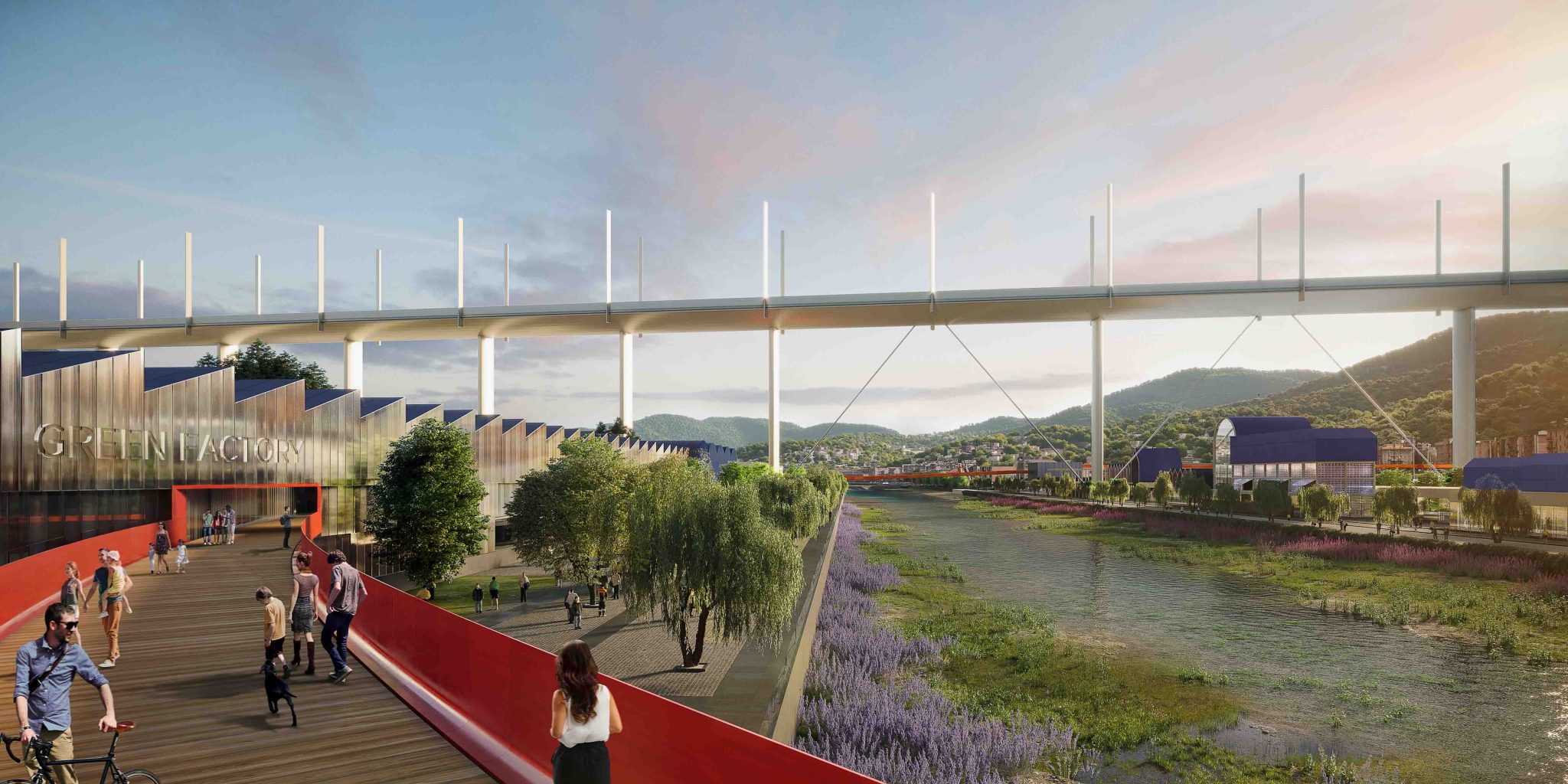 The choice of colour is said to represent the “powerful local tradition of blast furnaces, cranes and overhead cranes”, while its circular shape is not only functional, but also symbolic, embracing the offices, factories, parklands and other infrastructure that will make up a new urban centre and productivity and innovation hub set to transform the site of last year’s tragedy into something that city of Genoa can be proud of.

“The Red Circle, the Tower, the World Buildings and the Polcevera Park with its vital chromatic and botanical variety will act as Genoa’s welcome to the passers-by of the future,” says Boeri.

“A welcome to… a city of steel and sea, sculpted by wind and tragedy, but always able to stand tall.” 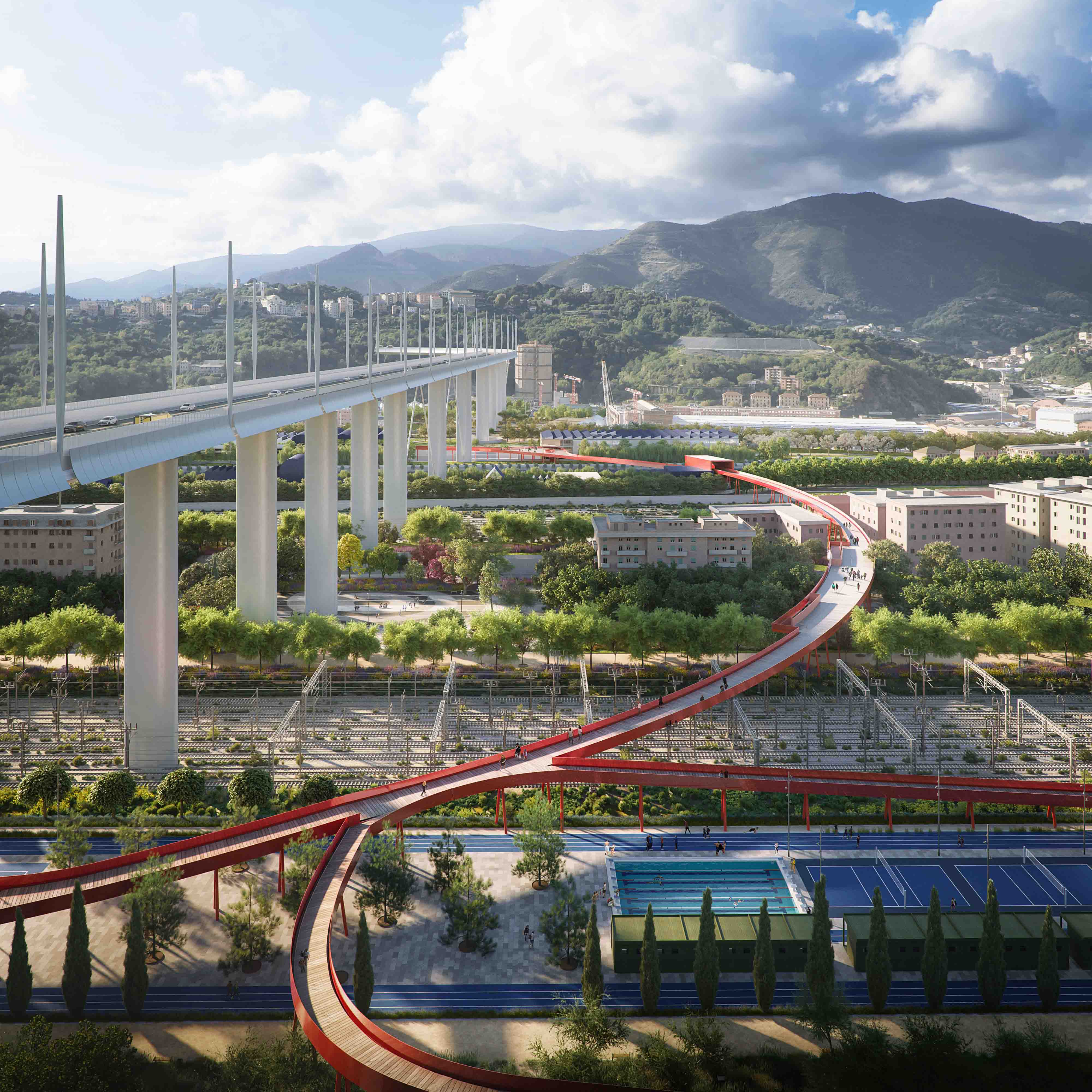 Piano’s replacement bridge, on the other hand, has been designed as a minimalist white beam supported at regular intervals by tall piers.

“It will be a beautiful bridge,” says the architect. “A very Genoese bridge. Simple but not trivial. A steel bridge, safe and durable because bridges do not have to collapse.”

The new structure will replace the original motorway, built in the 1960s, which collapsed during a storm and was thought to have required near-constant repair work in the years leading up to the incident.

Project costs have been estimated at $328 million and will be undertaken by Italian construction companies Salini Impregilo, Fincantieri and Italferr. Completion is set for 12 months from the moment work begins.

Restoring a 1970s Italian villa with splashes of ochre