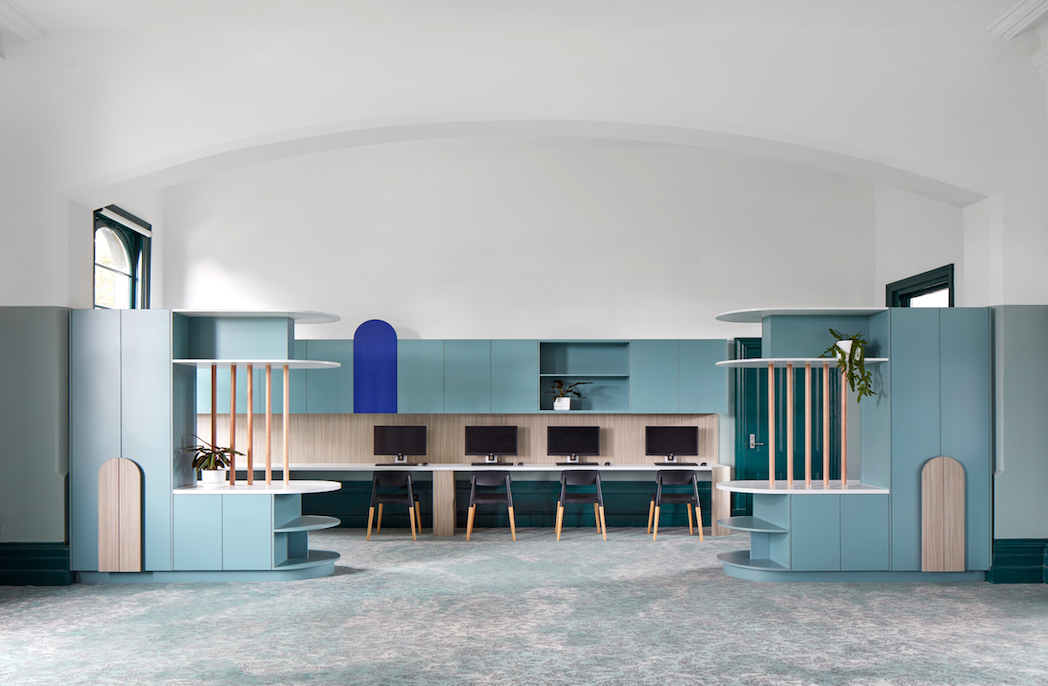 How a school building steeped in history was given new life

Christopher Elliot Design has breathed new life into this Heritage school building where only minor structural changes were allowed.

St Michael’s Grammar School had a problem. It had an ageing facility, Marlton House, and a group of youthful, vibrant students who used the rooms of the building as their classrooms. 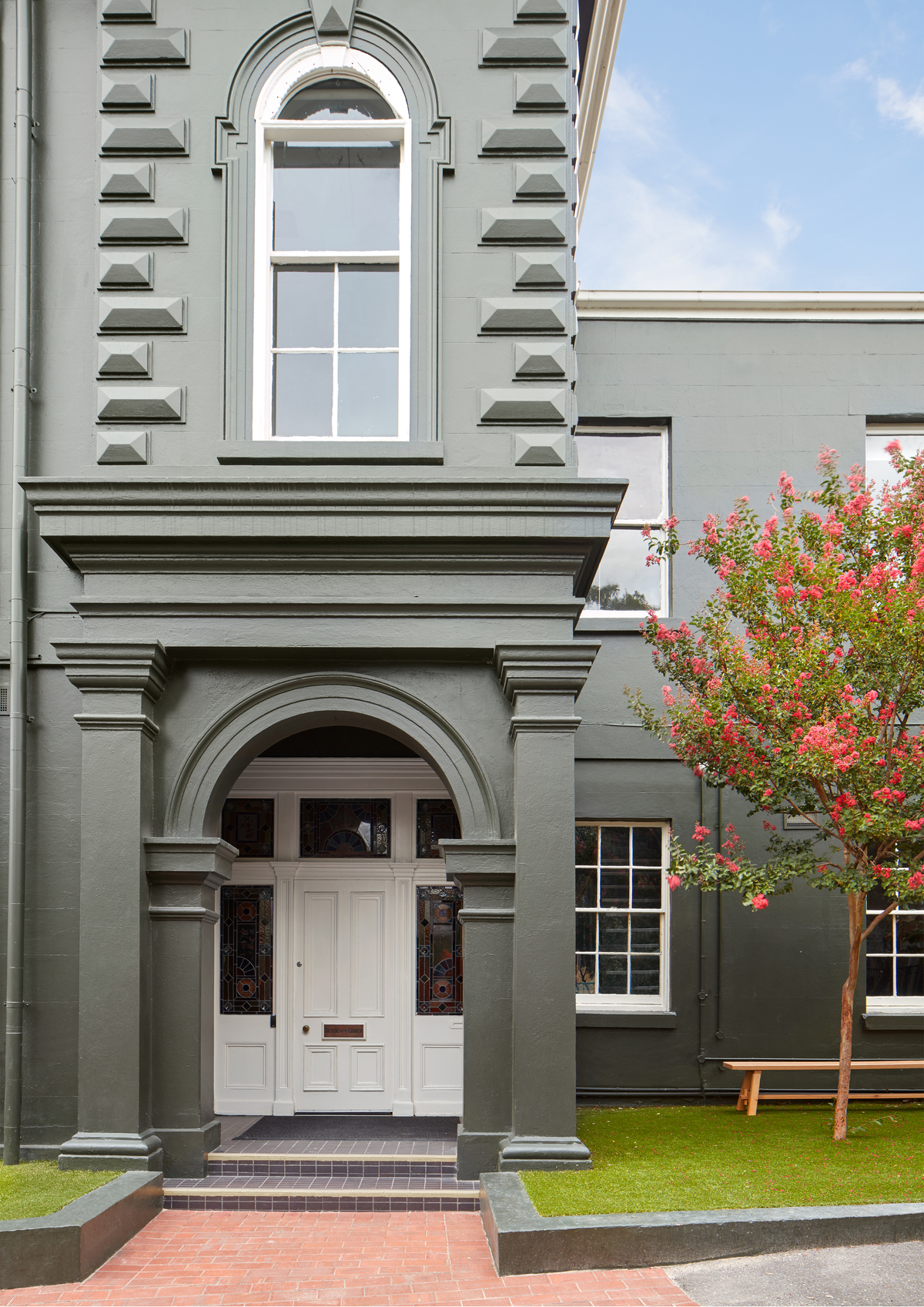 To create a space more suitable for the building’s inhabitants, Christopher Elliot Design established a unique vocabulary for the design that is both playful and serious.

After consultation with the teachers and students, Elliot and his team identified several key directives for the design. One of those, resulting in discussions with the students, was the desire for classrooms to feel more connected to the landscape. 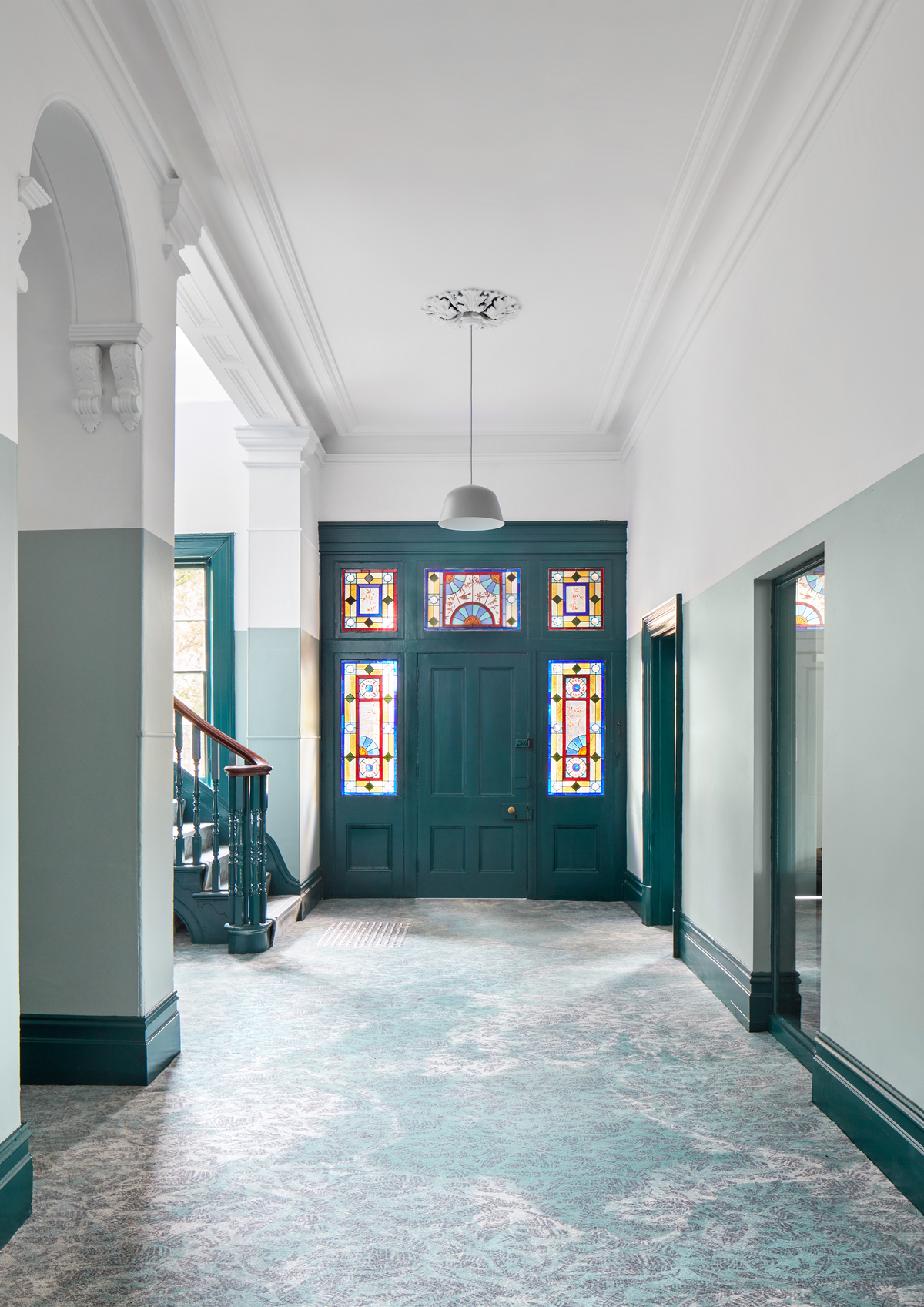 Children maintaining a sense of connection with nature is commonly considered as positive, particularly during their early development years. 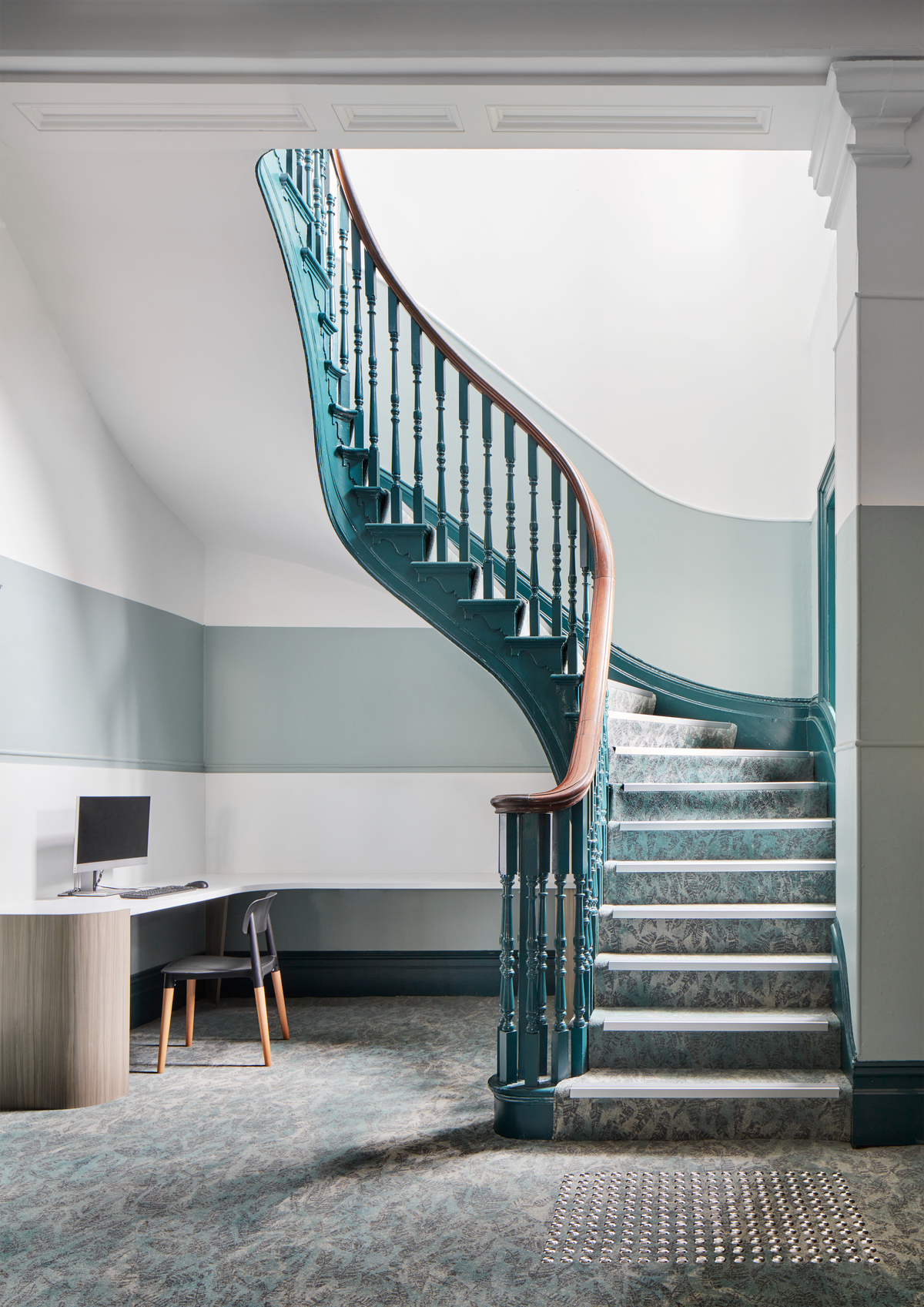 Elliot says. “People’s emotional response to their space was a big consideration in the refurbishment; the learning environment is known to affect students retention of information”. 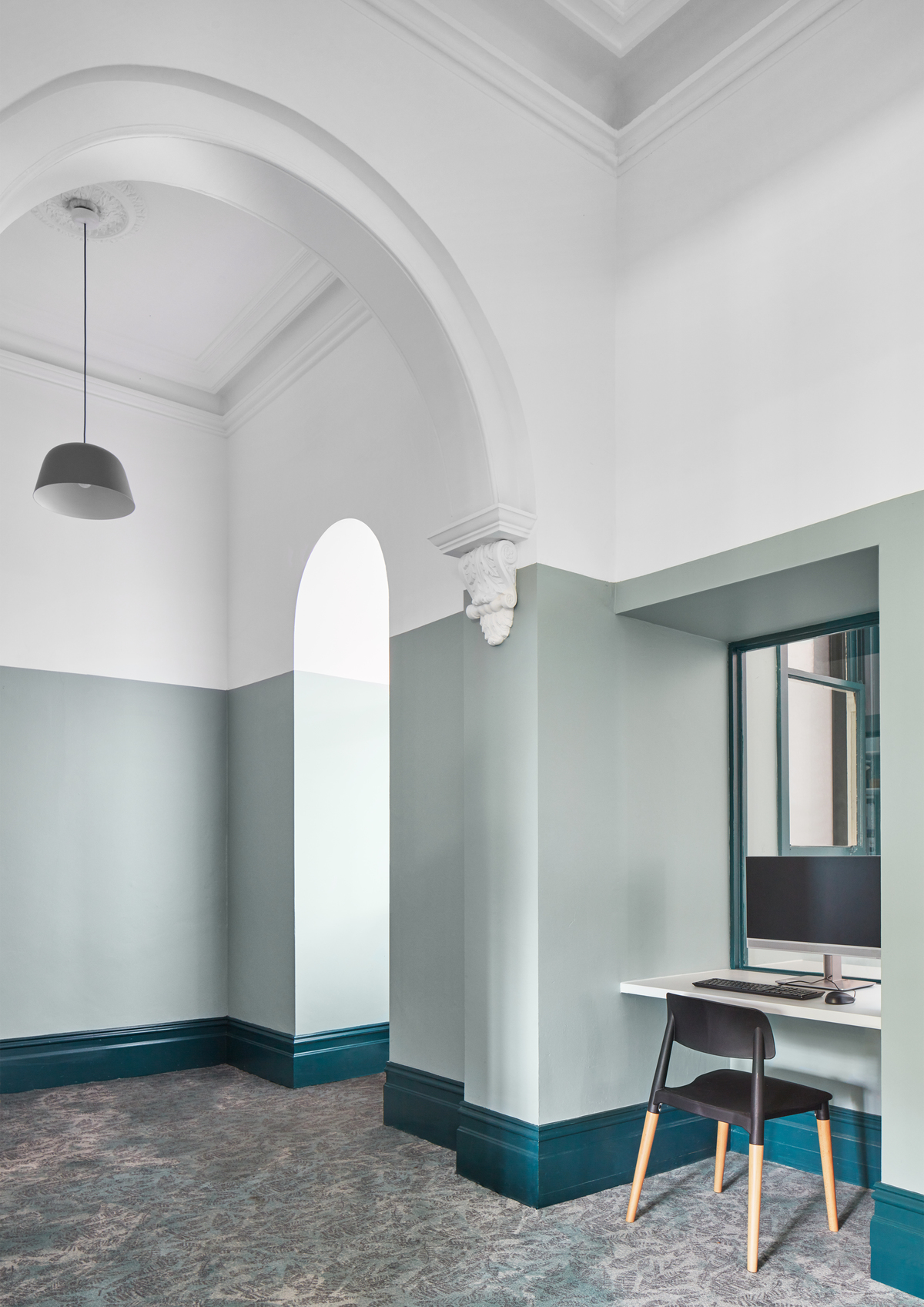 Before the extensive works, which included new flooring, painting, joinery and lighting throughout, were the significant repairs needed for the building’s structure, highlighting the true state of the interiors before the transformative work had begun. 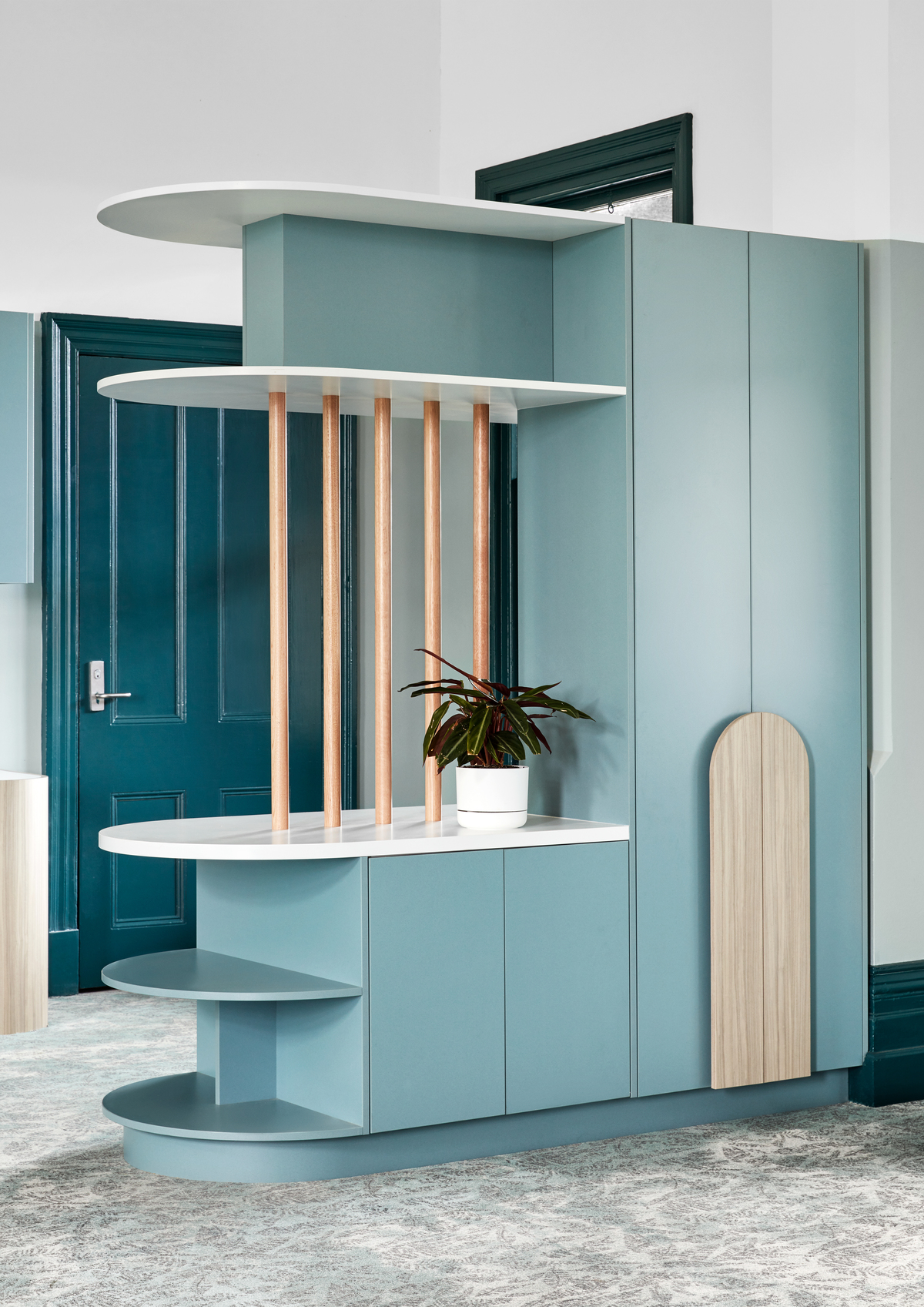 The impetus for the design concepts was brought about by the need to address these negative qualities. With this in mind, the practice took inspiration from quintessential Australian bush landscapes, filled with Eucalyptus trees and resulting in a silvery green colour used on the walls. 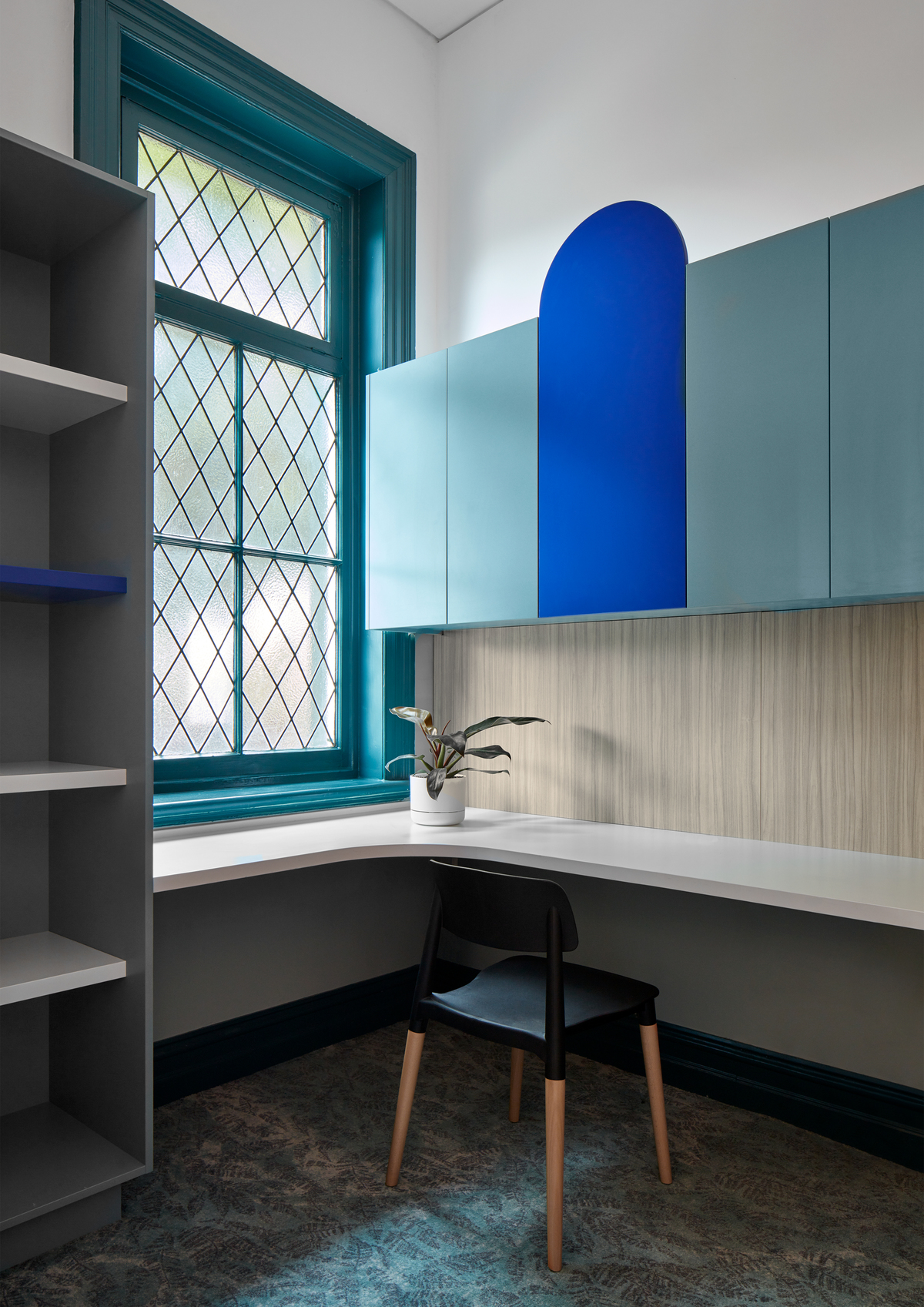 The colour was selected because it gave ‘life’ to the spaces but was ultimately calming and felt settled. The designers carefully curated the design to reflect the landscapes that inspired them, but they were conscious it was not too literal. 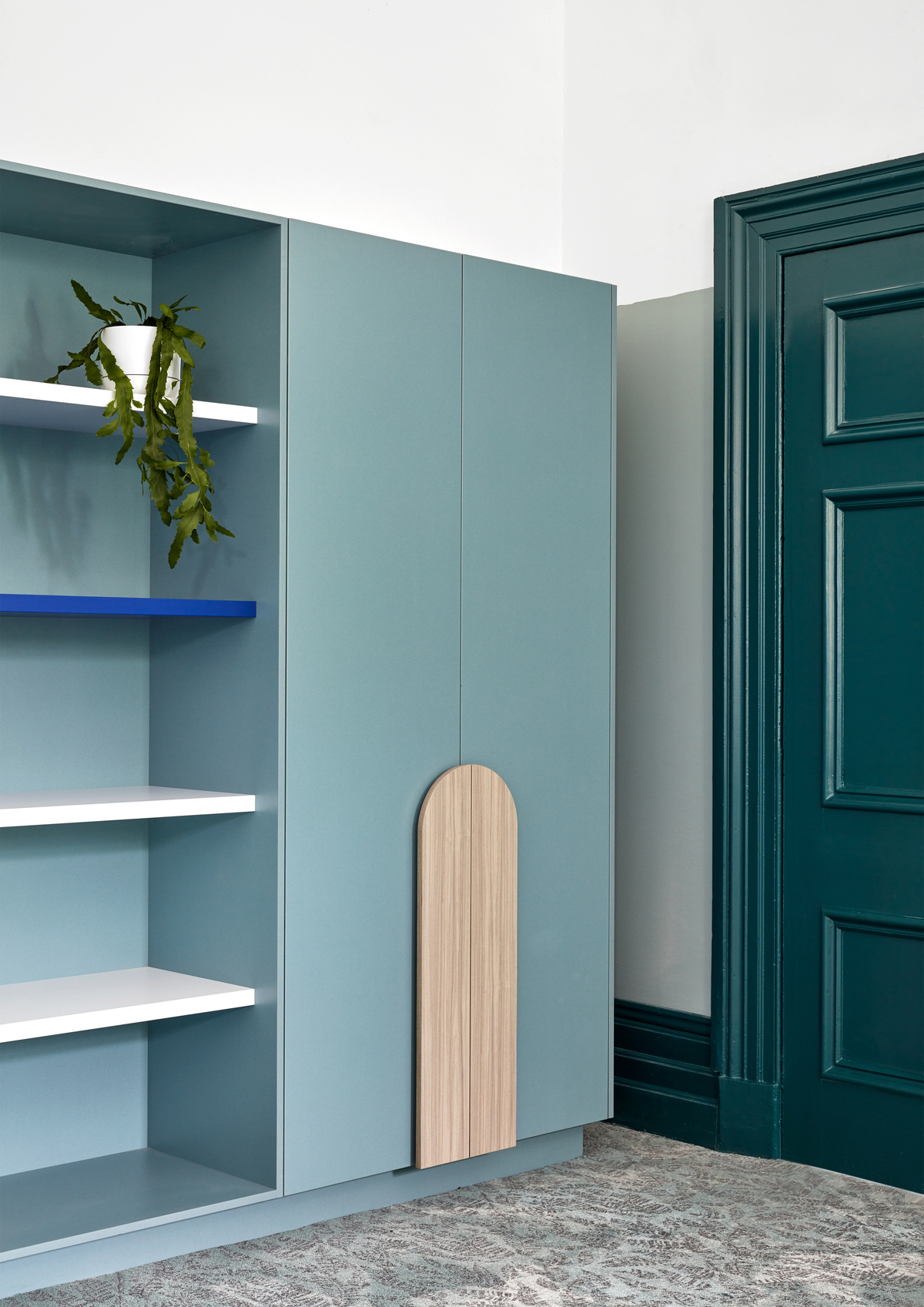 However, a custom-designed carpet motive inspired by leaf debris found in the forest was their one concession.

“Another element of the design worth mentioning is the Klein blue colour that jumps out at you amongst a sea of green,” adds Elliot. 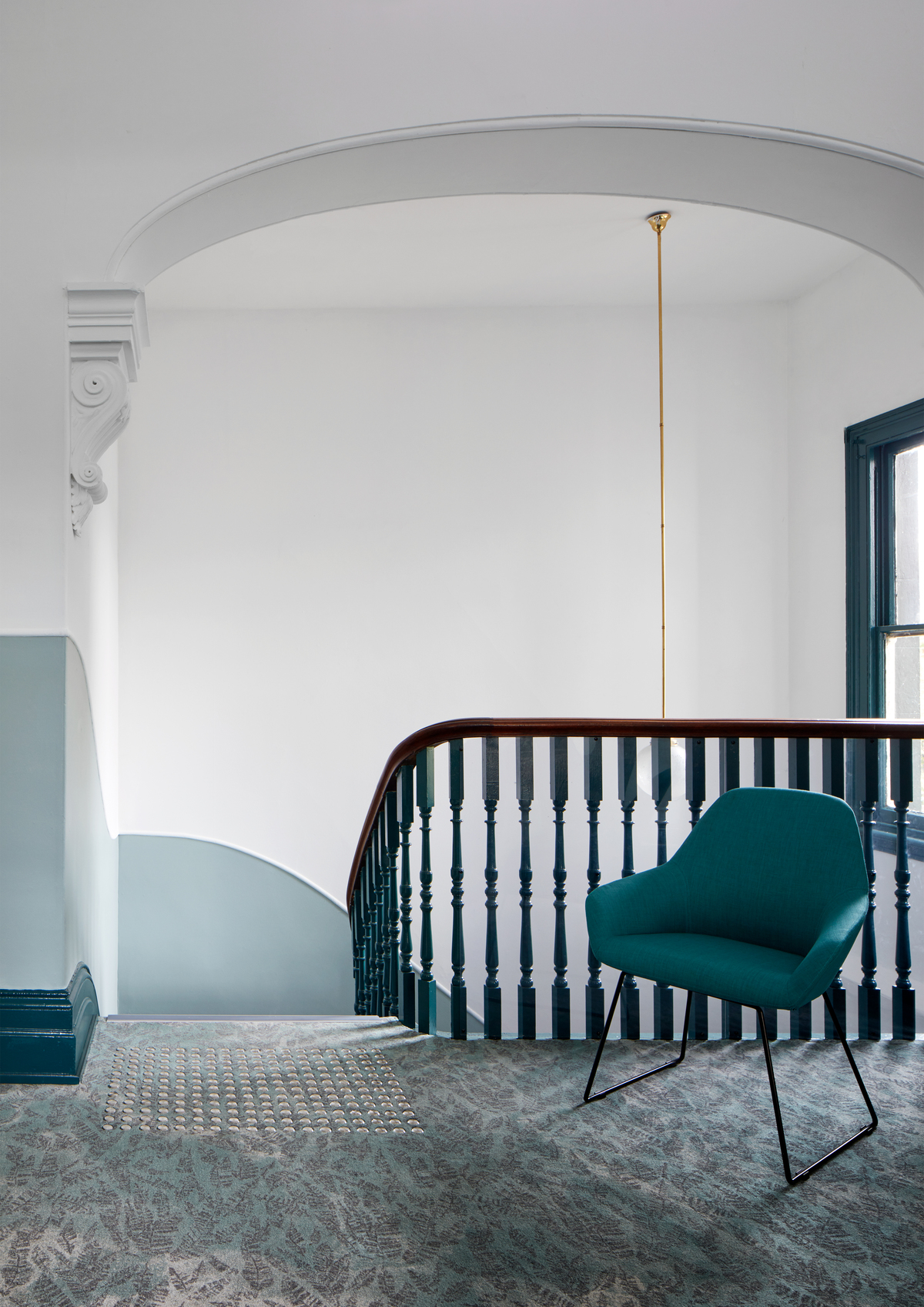 “Randomly positioned on joinery as a door or shelf, it is one of the first things you see, but its purpose is subliminal. School environments can be a tough place for some and standing out isn’t always appreciated. So the suggestion with the bright blue is ‘it’s OK to be different’, and that can mean a lot to not just a few.”