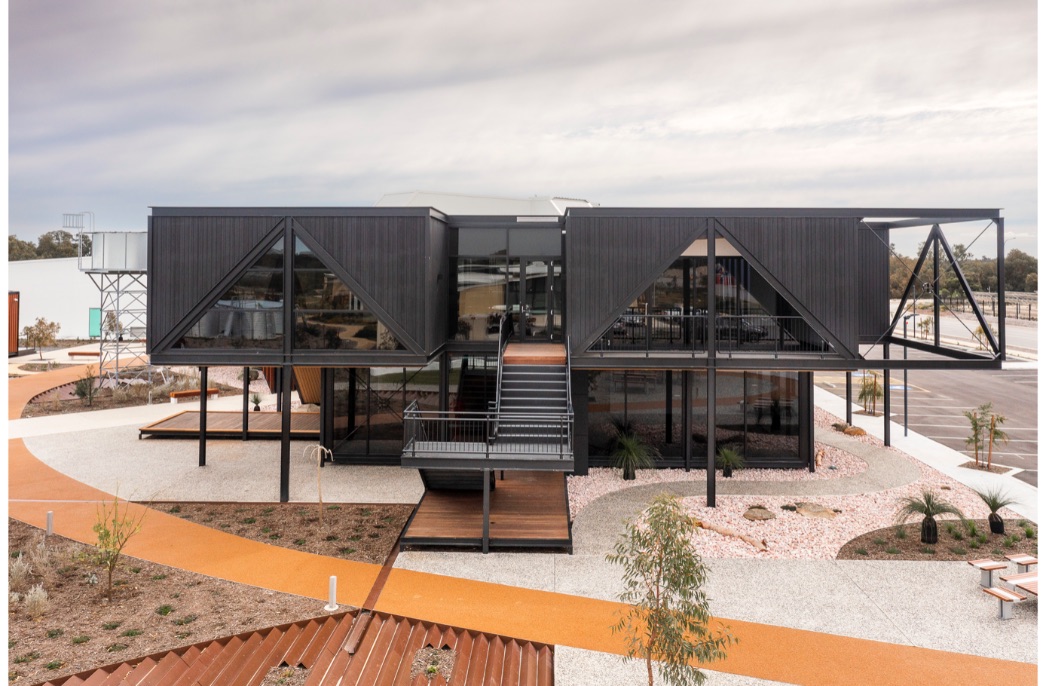 Located 75  kilometres from Perth in the Peel region, a district known for its environmental cultivation and agronomy, the hub will serve as the industry’s tour de force, showcasing leading technology and food science initiatives.

The vision behind the project stemmed from chief executive officer Dean Unsworth and the Shire of Murray, and will build on the already illustrious reputation as a supplier of world class produce.

The three sectors that the facility will service include commercial innovation, educational research and goods production.

These facilities will be interconnected with separate departments for food science, marketing and research and development operations.

The Shire of Murray engaged i2C Architects to create a master plan that encouraged cross collaboration between sectors, and fostered a sense of unity through its design.

Shire president councillor David Bolt said the unique project is expected to bring a billion-dollar boost to Western Australia by enabling up to $330 million in the food and beverage sector, and another $737 million into the wider economy over the next five years.

“There’s nothing quite like this project in Australia – it’s a regional hub for food and agri-tech businesses, offering development and research grants which translate into between 17 and 51 new food businesses and employment creation of between 169 and 506 jobs,” Bolt says.

Western Australia’s agrifood sector is the second highest export market and is recognised nationally and internationally as a leader in quality produce and development.

i2C Architects worked to ensure the design of the precinct had physical and visual connectivity between each facility, in order to respect the Shire of Murray’s vision.

The master planning phase focused on the concept of connectivity to promote cross-collaboration between staff, generating a social atmosphere and in time, a community.

According to lead architect Chris Egan, the precinct pays homage to the region’s unique identity through cohesive detailing that balances industrial and agricultural characteristics.

“Our vision was to imbue the facility’s design with a progressive character, developing a unity throughout the precinct with particular form and material selection, whilst maintaining a uniqueness to each of the individual facilities through various combinations of those selections,” says Egan.

“The exposed steel frame and bracing alongside the dark shiplap cladding defines a narrative of farming and agricultural facilities, while natural timber panels are also fashioned to create external harmony that frame the transient social spaces.

“Unpolished concrete, brickwork and dense landscaping are used to create an external environment that is congenial to the built form.”

Egan says also that these external spaces that link the precinct together help generate synergy throughout the aforementioned facilities, while the internal courtyard binds the Precinct together and acts as a bridging ‘social’ zone that encourages user networking.

“This is a destination that will develop its own social and cultural following through the facility’s ability to bolster the industry, but also due to the structure’s modern yet pragmatic design,” he says.

Discover also how the Holmesglen library has undergone an extensive and powerful refurbishment by Spowers’ architects and interior designers, supported by the Victorian Government.