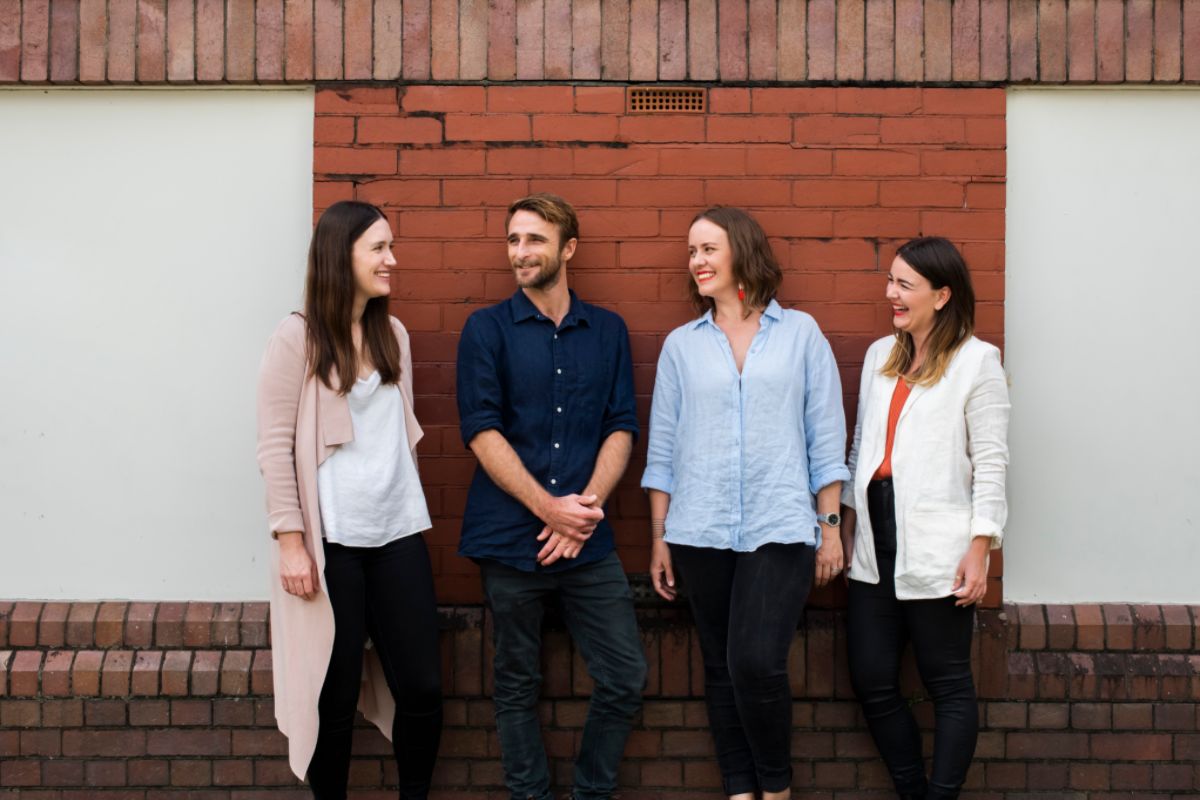 With the ethos ‘humans first and architects second’, Maytree Studios’ director Rebecca Caldwell is schooling the industry on how to run a transparent and accessible practice, no high horse necessary.

“I can’t go and run a business that’s super profitable and drive my new car, but have my staff still tapping away on $65 grand a year with very few options for themselves.”

In the remaining 777 words I have set aside for this feature on Rebecca Caldwell, I know I can’t top that.

The director of Maytree Studios beams across the computer screen at me, ostensibly to chat about her projects, for a story I never intended to include within the covers of this magazine.

Instead, we are deep in discussion about how striking out on her own has not only saved her personally, but also provided an outlet for the Queensland architect to prove that a successful practice is not measured solely in dollars and cents.

“Ten years or so after I graduated, I found that the machine of architecture, while it can produce lovely things, was, within that process, riddled with burnt out people and a fair amount of animosity towards the process of design,” she says.

“Starting Maytree was actually a last ditch effort to find a space within that world – a space that’s kind and that detaches my design technique from my client fees.”

Nine years on and what started in Caldwell’s bedroom is now a practice of four that positions itself in two ways.

For starters, its structure is employee-owned. And unpaid overtime? That is off the table.

“I came across the concept of ‘managing up’ fairly early on in my career. Often, a practice comes across a project that is impossible to deliver, but it still wants to do a good job, so you, who are two or three steps down from management, are working until 2am only to be hauled into the office to answer for why the project’s 40 percent over its allocated hours.

“Eventually, I thought, ‘This is bulls**t. I’m going to manage up.’ So I started putting it back up to management, the team leaders, the project architects, the directors. The responsibility should not fall on the lowest-paid person in the office to do hours of grunt work.

“As a business principle, it’s not OK to run on unpaid work.”

Caldwell describes her employees as both her best friends and ‘change agents’. As part-owners, they feel responsible for the company and the direction in which it’s heading. The finances for the business are reported monthly and Caldwell is an open book on everyone’s wages and share ownership.

This transparency is extended outwards to clients too.

“Architects design some ridiculously low percentage of housing in Australia, and part of the reason for that stems from the language we use,” she says.

“Architects don’t realise that their job isn’t just about design, but about giving people confidence. It horrifies me when I hear about budgets being blown because I think, ‘Why are you guys giving us such a bad rap?’

“I don’t think it’s that hard to deliver a project on or near budget if you’ve done the work at the beginning to educate your clients, to verify and increase their budget if needed. If you can’t design to that, then what are you doing?”

Eager to address this, Maytree Studios has a ‘stepped pricing system’ that allows clients to choose their level of architectural support and input.

Clients can dip their toes in, for example, by engaging the practice for a masterplan or concept design, which they can then take to a draftsman to finish.

Maytree also holds regular obligation-free information sessions and is prolific on social media and its website, penning pieces like ‘Build Small, Build Well’ and ‘How We’re Getting Good at Disappointing Our Clients’ with the goal of demystifying the design process and the language around it.

“Sometimes I worry that being this open may p**s off my colleagues, but I hope that I’m advocating for the profession,” says Caldwell.

“I think architects are obviously still entrenched and hold a very important place in public and educational architecture, and in big projects, but in residential, we’re really just doing a very small portion of high-end stuff. Why have we let project managers, builders and drafters take our position?”

Caldwell firmly believes that it was the failures in the first chapter of her business life that shaped what Maytree Studios is today.

Working for developers ‘chewed up’ her morale she says, and her desire to practise accessible architecture was often translated into cheap fees rather than the model she follows today.

“Now we have our normal full-service projects and we have a range of smaller projects where we just do the work and then we step away and we’re not precious about the outcome.

“Either/or, we’re just trying to inform and be design leaders. But we’re being paid for it. We’re not giving it away.”