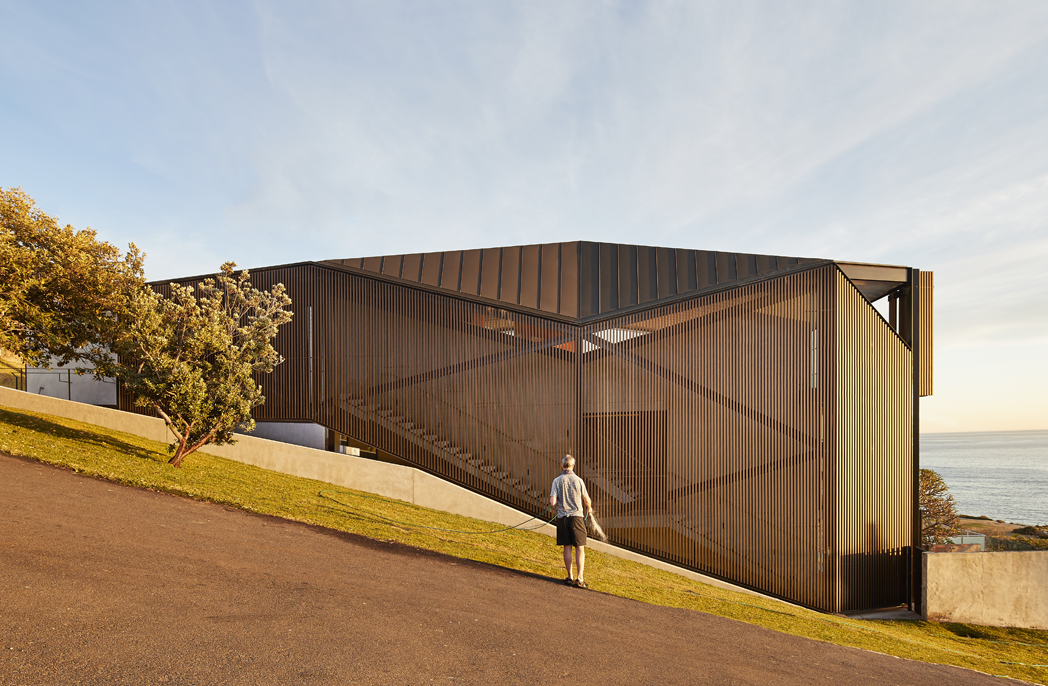 The design rules of Chenchow Little

Chenchow Little’s is a distinctly modern Australian residential architecture –its houses are sculptural and geometrical, exhibit a mastery of light and shade, and are coloured with a palette inspired by the bush.

The childhood landscapes of Tony Chenchow and Stephanie Little could not be starker in contrast – from bleak suburbia to the arid outback. Yet these early influences powerfully intermingle in their architecture which, like their relationship, is a happy balance of opposites.

The pragmatist of the pair, Little grew up on a property about seven hours west of Sydney, in the Benerembah district, near Griffith, where her family farmed sheep and a few grain crops. Temperatures are extreme there, and the landscape so relentlessly flat you can see the horizon all around you – with buildings few and far between.

“Our nearest neighbour was two kilometres away. We lived in quite a humble house, with big verandahs and gazebos for shade,” says Little. She would later return as an architectural student to study some of the nearby larger old homesteads – how they had sheltered the wealthier families of her childhood district against the hostile conditions.

Chenchow grew up in Strathfield South in what was then a western suburb of Sydney. His parents had migrated to Australia after WWII, and lived in the public housing projects, originally built for returning servicemen.

“They were pretty basic dwellings, not at all inspiring. There was very little shade because they just bulldozed entire subdivisions before building. We grew up with a lot of Italians and Lebanese families around us. Nobody used their front yards. Beside the house was just a leftover space, so you only used the backyard, and its only focus was the Hills hoist.”

Chenchow and Little are one of those couples who finish each other’s sentences warmly, no hint of angst. They met at university and, after graduating in the early 1990s “during Keating’s recession”, they stepped into practice with a commission from a family friend. As with many architects, travel has been their lifelong teacher, but it is the early influences of home and landscape that seem to play out in their work.

All Chenchow Little houses play with geometry, but it doesn’t come exclusively from a love of abstract art. Some of their sculptural forms can often come from an altogether more pragmatic place, as Little explains. “The first thing I do is look into the site’s building regulations, to see how we can use them to our benefit. By working with – not against – the codes, we usually don’t have much trouble getting our projects approved.” An example would be the Coogee house, where the site had a two-storey height limit, but the client needed three. The solution was found in folding a portion of the third storey ‘wall’ inwards, turning it into a roof pitch, which also softened a potentially blunt elevation.

While Little forensically explores the building codes, Chenchow builds balsa wood maquettes as a mediation on every project. Lined up along the 30-centimetre deep industrial window sills of their Surry Hills studio are scale models of over two decades of practice. “The time spent making a model actually helps develop the design,” says Chenchow. It gives you time to think through the spaces; and the act of making it forces you to consider how it would actually be built. I’ve been obsessed with building from a young age. My father was a mechanic and as a child I was always making model aeroplanes, cars… that kind of thing.”

If geometry is a signature of Chenchow Little’s work, so too is light and, equally, shade. But can you have too much of good thing? Can you have too much light? “More like too much heat,” says Little. “And, having said that, I also think western sun gets a bad rap. If you control the western sun properly, it can be beautiful in winter, spring and autumn. It’s richly coloured and gives beautiful shadows.” That contrast between darker and lighter spaces is important, agrees Chenchow: “I don’t like houses where the quality of light right is even throughout; it doesn’t feel natural.”

Colour is not completely off limits, but theirs is a subtle spectrum, drawn from nature’s smoky blacks, milky whites and warm wood tones. “There’s a lot of black and silver in the bush – in banksias and grass trees, especially after fire,” notes Little. The studio’s 2008 Freshwater house is fully encased by operable screens of black-stained timber battens, allowing every elevation to open out to the elements, or be a screen for shelter and shade.

“It’s almost contradictory. Design an abstract form, which stands out because it’s atypical for the suburban landscape. But then the dark colours allow it to recede. It’s a balance,” says Chenchow. “And councils in some suburbs are actually starting to stipulate darker exterior colours for exactly that reason, to help reduce the visual clutter,” says Little.

Another signature, the slatted screen, is a climate response that also helps deal with the ‘visual cacophony’ of suburbia. “We like to play with screens and the layering of buildings – like clothing. I think that comes back to Stephanie growing up with verandahs and gazebos – spaces that are neither inside nor out,” says Chenchow. “Layering with battens or louvres also resolves environmental issues of privacy and outlook, and lets you use spaces differently every day.”

On a recent trip to the California, they fell in love all over again with the iconic Case Study houses of [Charles and Ray] Eames and [Richard] Neutra et al. “They’re actually quite small, humble houses. They didn’t have big budgets, but they’re enigmatic. Things like the changing floor levels and ceiling heights are beautifully three-dimensionally worked out. It shows that you don’t need big houses,” says Chenchow. It’s a sentiment the studio may subversively use to help clients who want to push the limit of a building envelope to change their approach. “We talk about creating a sense of space through good design – high ceilings, verandahs and outdoor areas made seamless with the interior, all make a space feel much bigger, rather than just having a bigger space,” says Little.

The art of the apartment at Darling Point