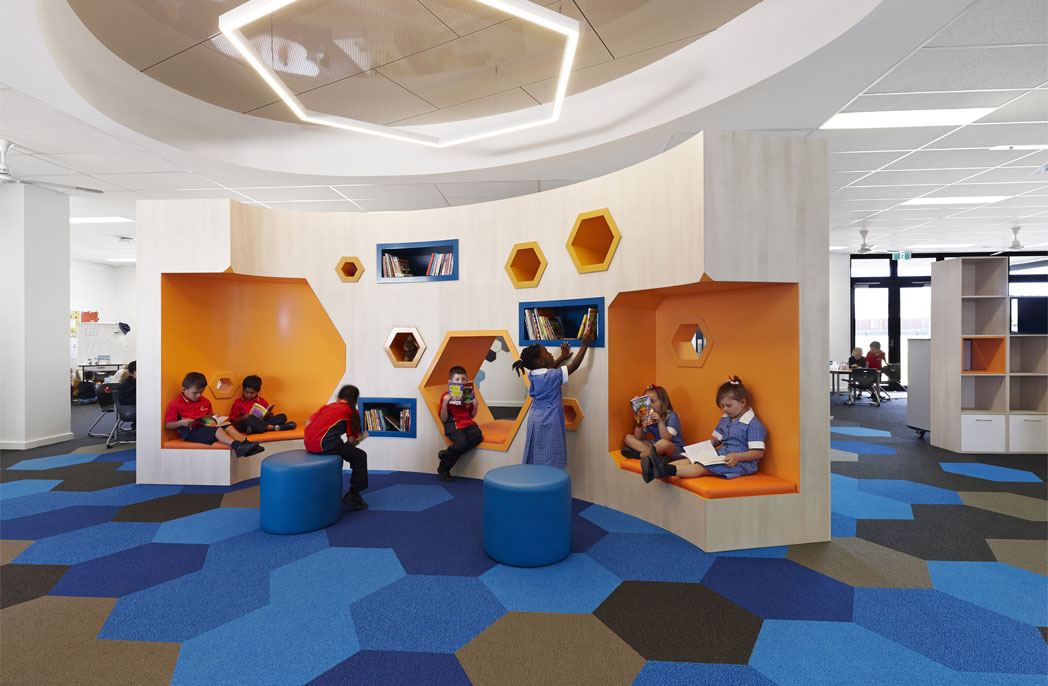 Made by design: 2017 Shaw Contract Design Awards open for entries

ADR takes a look back at the Australian Global Winners from the Shaw Contract Design Awards over the last three years, each with a story to tell – from major public spaces down to thoughtful primary education facilities.

Eleven years in the making, the Shaw Contract Design Awards (previously called the Design Is… Awards) is a global program with a heart of gold. Since 2006, the awards have been quietly creating a legacy for the design community through a scholarship component, which donates US$2000 to a charitable organisation of the winner’s choice and has now donated a total of US$100,000 and counting.

With a brand new year on the horizon, now is the perfect time to enter projects that have been completed between February 2015 to February 2017 in the Shaw Contract Design Awards. Honouring the value and incredible impact that design plays in our lives, the awards celebrate the best of the best while uncovering the design story behind the work.

The Wyndham Vale Primary School in Melbourne’s west is positioned within a new housing estate, which posed something of a design challenge. Haskell Architects needed to produce a new building that could provide a civic space in a residential area – all while responding to the brief of delivering a 21st century teaching facility. The layout of the school is made up of cluster of learning ‘neighbourhoods’, which provide flexibility in their use of the spaces.

In terms of sustainability, the school has integrated environmentally sustainable design (ESD) principles on multiple levels; the building not only reduces its environmental impact, but also ensures that staff and students have a healthy environment for teaching and learning within.

Being a new build, prime northern orientation was able to be utilised, reducing energy consumption and maximising daylight. A key ESD feature of the design is the ‘thermal chimney’ effect created by hot air, which is drawn up from the learning spaces and out through the high ceilings and clerestory windows.

When speaking about the choice of materials, the designers explain that “the implementation of the hexagon carpet tile provided a strong design theme that we were able to translate into our joinery, pinboards and window decals, which collectively work to give the space its own identity while supporting students’ learning”.

Part of the project brief called for flexible spaces that would facilitate a ‘student centred’ way of learning. The ad hoc and disjointed existing structures, which had developed and morphed organically over time, also needed to be improved upon as part of the new design.

The new structure and layout followed five key principles: connection, experience, diversity, journey and engagement. A design feature that resulted from this approach is the dispersed classrooms that encourage travel and spontaneous interaction.

“Our design and planning solution for the Monash International Bachelor of Business Campus created organic, sinuous forms that wrapped and counteracted harsh, irregular and immutable base building elements,” say the architects.

“In order to achieve key sustainability characteristics, indoor environmental quality was a primary concern in the design and selection of interior finishes, most importantly the carpet,” explains FJMT, the practice behind the Melton Library and Learning Hub.

Involving multiple stakeholders and a complex brief, the Library was designed by FJMT as a contemporary space for the local community. The large project includes a range of spaces, such as a double-height reading area, multiple community meeting rooms, a theatrette and multipurpose training spaces.

Indoor air quality was a key consideration for the designers. As the project is a community learning space, the design team focused much of its energy on ensuring that indoor pollutants were minimised for all materials selected, including paints, glues, sealants, vinyl and carpets.

The 2017 Shaw Contract Design Awards are open for entries until Friday 24 February – to find out more and share the story behind one of your projects, visit shawcontractgroup.com.au/design-is-award