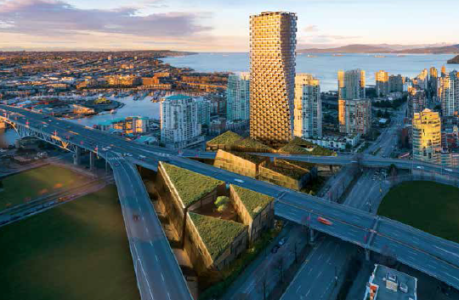 Intra Muros: the spaces between buildings

The article below is an extract from the Architecture and Design Forecast 2016. To find out more on the Forecast, visit future.australiandesignreview.com

William H (Holly) Whyte’s groundbreaking research into social behaviour at street level formed the bedrock of urban policy of the New York City Planning Commission throughout the 1970s and into the 1980s. His insights inform the interventions of architect and urban design consultant Jan Gehl, who has consulted to almost every Australian capital city on urban planning. The idea of The Spaces Between Buildings became the title of geographer Larry R Ford’s 2000 book (John Hopkins University Press) examining ‘the nooks and crannies’ between structures. The Spaces Between Buildings is also the title of a four-part series to air on ABC this year, hosted by urbanist Linda Gregoriou.

Clearly, after all these years, the space between buildings is still the hot topic in urban planning. In a recent interview, David Gianotten, partner-in-charge of OMA’s Hong Kong office, put it this way: “When we look at buildings as isolated objects, we can easily focus simply on beauty or the needs of users without paying much attention to the effect of buildings on their direct context or the city. An important role of architects is to relate buildings to the urban context and anticipate what the injection of a building can provide the city. In terms of spaces between buildings, I think it would be useful to look at spaces between buildings not as residue or leftover spaces, but rather as public areas that can be consciously generated through the positioning of the buildings for new happenings or rejuvenation of an area. The injection of a new building can often create in-between spaces that are used not only by the designated users of the building but also by visitors and passers-by alike.”

Like Adam Haddow of SJB, or William Smart, Gianotten says Rem Koolhaas and OMA “often try to blur the boundary between the private and the public”. It’s a strategy being adopted at the cutting edge, and clearly the way forward.

“The prime locations of the cities are built, so architects now deal with a lot of the residual spaces,” says Kai-Uwe Bergmann, senior partner at BIG. He was referring specifically to the Danish architecture firm’s Vancouver House, which was named Future Project of the Year 2015 at the World Architecture Festival in Singapore. The project will be situated adjacent to an overpass at the base of Vancouver’s Granville Street Bridge. To allow for its placement into a tight site, BIG has given the 49-storey residential tower a narrow base that twists to broaden towards the top; this allows for a 30-metre setback from the busy road and a series of public plazas that extend under the elevated highway, actively transforming the underbelly of the overpass into a vibrant public space.

This article is an excerpt from the Architecture and Design Forecast 2016. To find out more on the Forecast, visit future.australiandesignreview.com

Click here to purchase your exclusive copy of the Forecast.