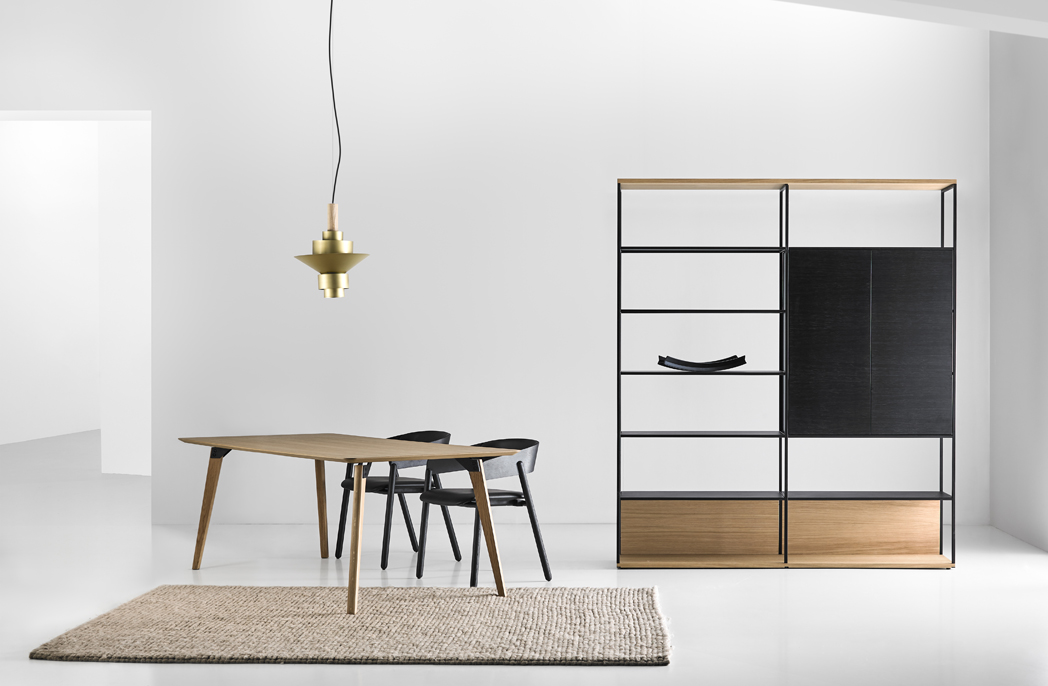 Oct 3, 2018
share
Valencia-based Punt has released an updated version of its award-winning La Literatura bookcase.
Award-winning furniture designer and founder of Punt Mobles, Vicent Martinez created the Literatura bookcase collection in 1985. Following the launch of the range, it was awarded the winner of several prizes and awards such as the 1986 ADI FAD selection and undeniably played an integral role in Punt Mobles 1997 recipient of the National Award of Design.
Martinez has now added to the collection with the introduction of the Literatura Open, a distinctive bookcase, inspired by the classic La Literatura. Literatura Open is a bookcase that is transparent and even lighter, so it can hold books and objects, as well as being used as a room partition that integrates into all kinds of architecture and interior design projects.
Playing with fixed shelving and a movable shelving section on castors, the bookcase is both stunning and functional.
The elegant and refined design enables this collection to adapt to a variety of applications and uses. With its distinctive movement features on castors, flexibility is offered from storage to a room dividing arrangement.
The Literatura is available from Cafe Culture + Insitu in a range of finishes and colours to suit a variety of interior schemes.