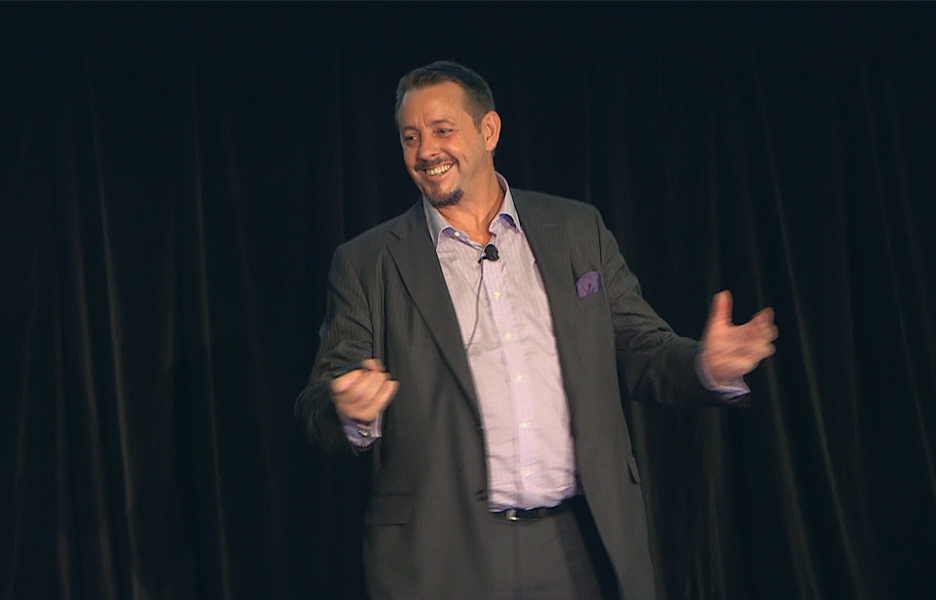 Osborne took Total Synergy to being a predominantly cloud business over the last 18 to 24 months and learned a few things along the way. The company also developed the first cloud components for its own AEC practice management software in that time.

Osborne says choosing to move to the cloud can be a contentious decision for a small business, likening it to a leap of faith where there’s no certainty things will work out as planned. But the cloud conversation has moved from being important to urgent, critical for SMB’s that want to create and maintain sustainable competitive advantage in the future.

What is cloud
Osborne defines cloud as rental of computing resources. “Cloud resources can be infrastructure or platform, software as a service, data storage, or other services like phone systems… all on a hosted environment,” he says. “In a way, all that is someone else’s problem.”

The main benefits Osborne outlines are that it’s easier to get businesses and offices up and running as there’s nothing to deploy, the hardware infrastructure costs go down dramatically, and it’s usually usage based pricing.

“What that means is companies rent the software, service or infrastructure on a per unit basis, usually for no fixed time limit, payable per month… this means there’s no infrastructure to pay for. This way has less financial risk as there’s no up front investment. It’s also a way to try before you buy – you can almost always sign up and trial your software or service which saves a huge amount money.”

A further and potentially significant benefit Osborne points to is reduced need for onsite expertise. “We have very good IT people in our team but we outsourced [IT] to an external service provider so our team’s time wasn’t being consumed with the daily issues,” Osborne says.

“The problem with that is the service supplier was always there fiddling, and nothing ever quite worked, or the service would fall over at the weekend when there’s no one there to sort it out. There was no way we could get away from having someone in house dedicating time and effort to IT. When we went cloud, we didn’t have those issues any more. The need for that expertise went away.”

Not all silver lining
Osborne points out that cloud is no magic bullet that you just switch on and get results. He highlights common concerns businesses should be aware of when looking at cloud options. The first is about trust – how do you know you can trust your cloud provider with your data.

“You have to ask whether they’re a reputable supplier,” Osborne says. “The big guys like Amazon Web Services, Google and Microsoft have the greatest investment and infrastructure, and the highest levels of service agreement. Look carefully at who’s behind the systems to take the risk out of that question.

“If you think about Microsoft, you only have to realise that Hotmail is software-as-a-service which has been available since the mid nineties… these guys have been building and securing cloud infsrastructure and services for nearly 20 years and around 90 per cent of the world’s businesses trust them for their computing operating systems.

“No small business can secure their on premise file and email server to the extent the big cloud providers can secure their data centres. These things are like military installations, with teams of hired hackers testing security daily.

“Legal and regulatory questions are some of the highest concerns for small businesses. Sovereignty of data is often cited as a key issue – can other authorities get access to my data; am I allowed to host financial data in another country?

“Many small businesses also like to ask for certain customisations in the software they buy – this is a limitation with cloud software as it’s developed for a broader audience who all have to accept the updates they get, when they get them, in a shared environment.

Who wants cloud?
The top five reasons for businesses choosing cloud as reported by IT analyst IDC are: pay for what you use, easy and fast deployment including upgrades, monthly payments, it encourages consistent systems, and requires less infrastructure. These reasons are attractive to start-up businesses.

“Start ups tend to go cloud first,” Osborne says. “They don’t want cash outlay on things like file servers and often even an office… they need low cost flexibility and scalability. There are also plenty of companies and teams that want remote access where they haven’t been able to get it before – site offices, for example, often can’t access a closed network hiding behind a firewall.”

Another consideration is the younger generations, he says. ‘Gen-Y’ has grown up digital savvy and wants to be seen to be working at a cool company using flexible technology, somewhere they can be proud of.

Who doesn’t want cloud
As with any change in ‘how things are done’, cloud has its detractors. So who doesn’t want cloud? Osborne highlights several roles that resist this kind of change, starting with IT managers. “They’re not sure what their role is in the cloud,” he says.

“IT managers hung their hats on the fact that they’re the guys who look after that [IT and infrastructure] like antivirus, email servers, operating system upgrades, networks… Their value is attached to that work, which goes away with the cloud… they’re not going to support cloud if they think their value to the firm is jeopardised.”

Osborne continues that it’s the same for IT service vendors. “These guys come in to upgrade services, vacuum the fluff out of fans… what will they do now? I think the good ones will become advisors – advise on device and software vendors, on connectivity. The trusted ‘IT’ partner becomes the the guy with advice and connections, not the guy who can configure a windows server.

Other cloud recalcitrants can be CFO’s who don’t trust cloud – gatekeepers of the financials and applications, who worry about things being outside the organisation – and older generations who fear the change.

Osborne describes some of the triggers that tipped the balance in his eyes. “Back at end of 2012 I got completely frustrated,” he says.

“Our very tech savvy team was wasting valuable time working on IT issues. We’re a software developer, not an IT services firm – I don’t want us to be dealing with IT issues. Why should my designers and engineers shift focus off the job our clients demand of us to fix IT issues? Not to mention the fact the charge-out rate we lose is way more than I pay my IT guy.

“We asked how much time we would save as a team by going cloud. It was an overwhelming amount. We also felt it was important to eat our own dog food. If we were going to shift our software to the cloud we had to live and breathe it, discover any pain points and see how it all worked.”

Synergy before cloud
Before Total Synergy began its own small businesss journey to the cloud, it had infrastructure and systems that were very fragmented and uncommunicative like custom databases, MYOB accounting software that we had issues connecting to remotely, Exchange server for email, a PABX system.

The dirvers for changing to the cloud were clear, Osborne says. “We wanted accessibility on the road, latest versions of software without having to wait, fixed monthly subscriptions so we knew exactly what our cash flow was, no more laborious installations, easy ways to replace hardware without hours of software re-installations… and we wanted to be able to set up remote teams without feeling they had a lesser experience.

“Above all else, we wanted someone else to look after it all.”

Speed of change
The biggest lesson in Osborne’s experience is that shifting your business to cloud takes time and has to be planned carefully.

“It’s all about the research,” he says. “Finding the right vendors, planning the cut over, how to deploy it, training your people, moving data… it all takes time and has to be researched and planned.

“For us, just switching from MYOB to Xero took quite a lot of planning and effort… I still think it was very worthwhile but it took a lot of planning to execute and didn’t just happen overnight. One of the significant issues was, and is, retraining staff. It’s not just about changing what they see, but how they use systems, infrastructure and platforms, and interact with it as individuals and as a collaborative team.

Where now?
Total Synergy has reduced IT overheads to as low as possible. Desktop hardware has shifted to leaner and faster ultrabooks, Office 365 is deployed company-wide along with Windows 8.1, Dynamics CRM is cloud-based, along with e-mail news platform MailChimp and various other peripheral systems.

It’s been three years since Total Synergy did a server upgrade and Osborne is hoping to never have to replace servers again.

“It’s important to lower the IT service level expectations across the board. Another example  where we’ve benefited is by using a hosted VOIP phone service, we reduced our monthly phone bill from around $1500 to $300.

“We used to be obsessive about backups… we had four or five different daily backups that took a huge amount of time. Now we simply back everything up to the cloud. The flexibility has also made us a much more family friendly company as our team can work from anywhere, whenever they want, which gives more freedom to get to things like school events.

Keys to the cloud
Osborne finishes by listing what he calls the keys to cloud – the important benefits, and things to consider, when making this choice as a business (or professional):

Take out complexity, pay as you go, ensure you can get your data out if you cancel, make sure delivery is to all devices and platforms, don’t skimp – savings will be in time and costs for services and hardware – make sure you work with a reputable partners, and don’t underestimate what’s involved in re-training your team.