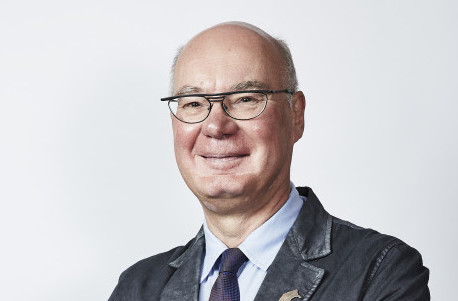 The Australian Institute of Architects national president Ken Maher offered his sincere condolences to Swayn’s friends and family in a media release. “Alastair has made an incredible contribution to the profession, most recently through his tireless work as the inaugural ACT Government Architect, a role he undertook until early this year, and as a Professorial Fellow of the University of Canberra,” he said.

“Alastair was a thoughtful, sensitive and accomplished architect who was broadly recognised for his services to architecture, education and the public interest. He will be deeply missed by many across the full spectrum of the profession,” added Maher .

“He had an amazing social responsibility as an architect, and he really believed that architecture is there to create better spaces for human beings,” Schmidt said. “He will be sorely missed by everybody.”

Schmidt told Sloan that Swayn set up a foundation for architecture students, which will be explained in detail at his public memorial, while Gentleman announced an internship program aimed at supporting young and upcoming architects, which will be set up in Swayn’s honour.

During his time in charge of the Daryl Jackson Alastair Swayn office in Canberra, the practice became one of the most awarded in Australia, winning numerous Canberra Medallions from the Institute for its local work, and being recognised as a leader in sustainable design. Swayn was also a director of Daryl Jackson International Limited, with offices in London and Berlin, and Jackson Architecture, which has offices in Melbourne, Sydney Canberra and Brisbane.

A public memorial for Alastair Swayn will be held at the Ann Harding Centre at 3:30pm on Wednesday 7 September.