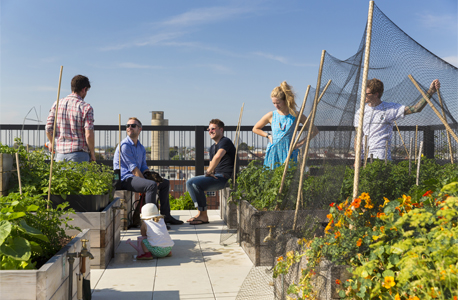 All photography by Andrew Wuttke. Written by Peter Salhani.

Jeremy McLeod of Melbourne’s Breathe Architecture won the 2016 Leadership in Sustainability Prize from the Australian Institute of Architects for Nightingale Housing – a social enterprise rewriting the rulebooks on apartment design and living. Two years ago, he moved into Nightingale’s award-winning prototype – The Commons – to test its environmental responsiveness. With Nightingale 1 now under construction, he spoke with Peter Salhani about its three pillars of financial, environmental and social sustainability.

From working on property developments, we know there is a huge problem with the way housing is delivered in Melbourne. Frustrated, I and six other like-minded architects embarked on creating The Commons in Brunswick, a triple bottom line apartment building that aimed to be sustainable, affordable and liveable. 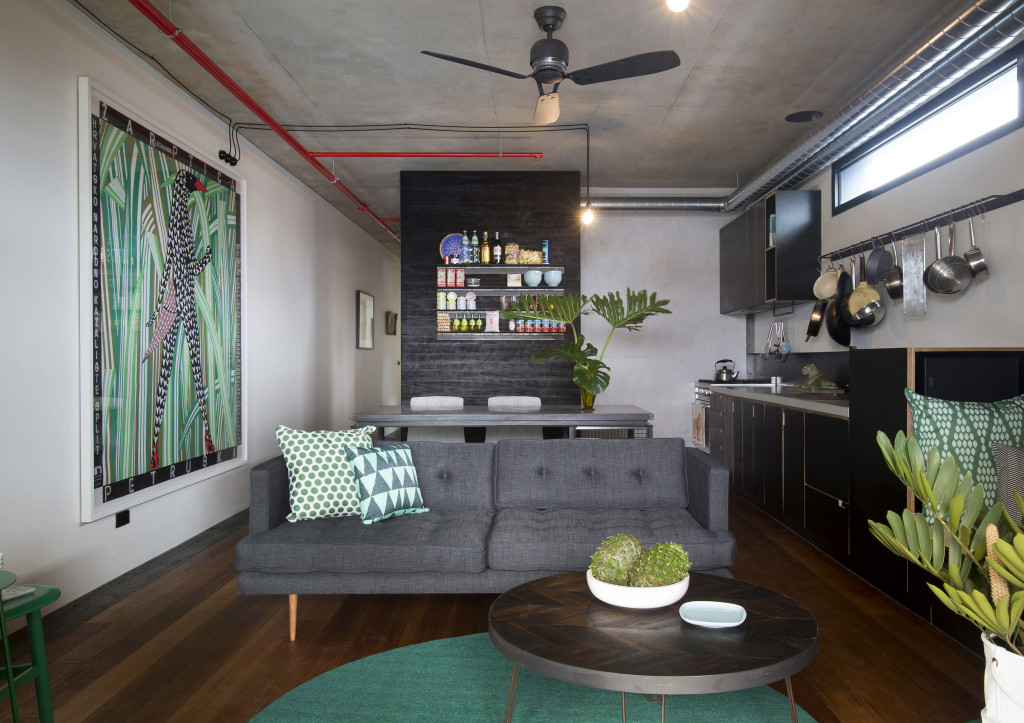 Designed by Breathe Architecture, Nightingale 1 is funded by 25 impact investors made up of architects, colleagues and friends with an interest in the future of the city. Each shareholder invested $100,000 to drive the project, with construction capital provided by an ethical lending syndicate led by social impact fund SEFA (Social Enterprise Finance Australia).

Investors in Nightingale sign on as silent shareholders, leaving the architect to drive the project with decision-making informed by the future residents – the people who will actually live in the building. That’s considerably different from standard developments where the developer controls the money, makes the decisions, and takes advice from the real estate agents based on historic sales reports.

Nightingale is a financial model where project costs are shared with the future residents. Projects run at a capped return of 15 percent of profit on cost, and the price of apartments is also set at the 15 percent capped profit on cost. Our aim is to provide quality, sustainable housing as part of a small, connected community, not as a commodity or investment. All Nightingale 1 apartments have been sold to owner-occupiers and each of these residents has signed a restrictive covenant protecting the value delivered though the Nightingale model. The covenant caps the resale value of apartments at the price paid plus the indexing of housing in the surrounding suburb. The covenant is specifically aimed at stopping the speculative investment in Nightingale homes.

We’ve established Nightingale Housing Pty Ltd as a not-for-profit social enterprise. On the board are architects James Legge (Six Degrees) and Andrew Maynard (Austin Maynard Architects), plus a representative from the finance, legal, arts, and health sectors. Our role is to provide the tools for architects to run their own Nightingale projects and connect them to a community of residents. 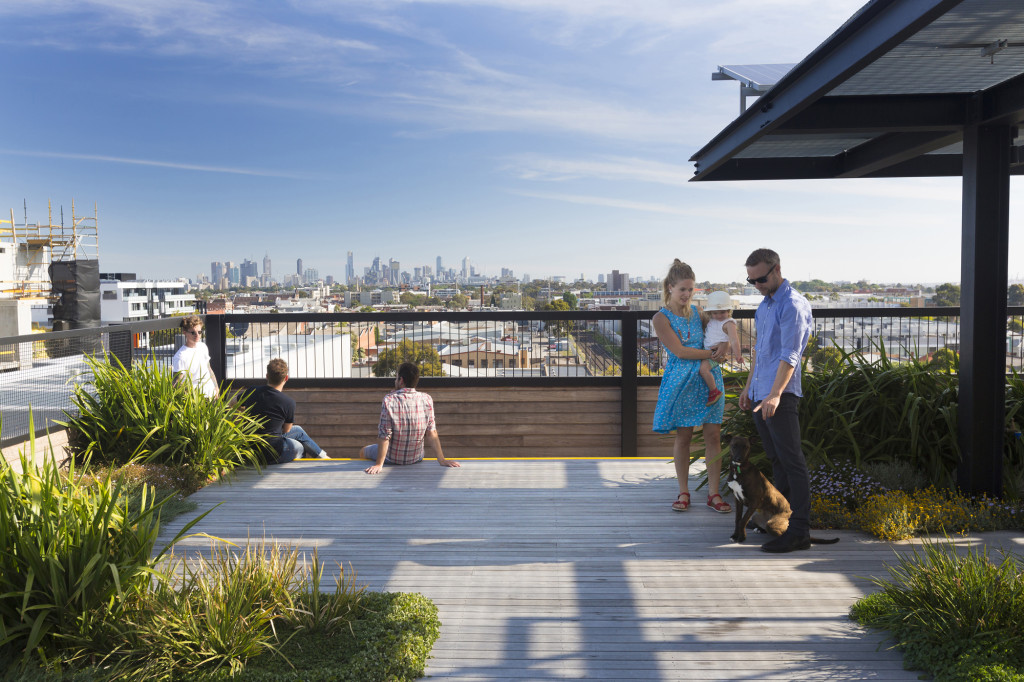 Community is a key pillar of Nightingale.
A sense of community and ownership starts early. The architects engage with future owners initially through participatory surveys, then through information evenings and further surveys in which they are asked how they’d like to live and what things they’d like in the building – for instance a winter garden, a shared laundry, whether they want to keep the ground-floor tenancies, which would mean paying more upfront for their apartments, but reducing operating costs.

So it’s the people who will live in the building who decide things like that. We disclose everything we know about the site and any latent issues that may affect their decisions to purchase, such as views that might be built out in a few years. Ideally we want to build communities from 10 up to a maximum of 70 apartments. Different social studies have shown that beyond that number, people feel less part of a community and more anonymous.

At The Commons there are 24 apartments, 47 people, six dogs. Everyone knows everyone’s name. In the two years my wife and I have lived there, we’ve both built incredible friendships with our neighbours.

In environmental design terms, Nightingale does a few core things quite differently from typical developments. More generous living areas are made possible by not having individual laundries but rather a shared laundry on the roof, which has been a hugely successful social space. There is no air-conditioning, and only one bathroom per apartment. It depends on your definition of luxury.

A key to building performance is the decision to be fossil fuel-free, that is, operating on 100 percent renewable energy. We’ve got 17 kilowatts of solar array on the roof of Nightingale 1 in an embedded network. Any imported energy will be from 100 percent renewables. There will be no carbon emissions related to energy use for the life of the building.

High thermal efficiency is another factor. The Commons has an average NatHERS (Nationwide House Energy Rating Scheme) rating of 7.5 stars per apartment; Nightingale 1 has an average rating of over 8 stars. At that level, each extra star is exponentially harder to achieve. Recycled timber floors are all top-nailed (not glued) so, at the end of the building’s life, the floors can be lifted and reused.

It’s called Nightingale because The Commons is on Florence Street; so the reference is ‘Florence Nightingale’. She wasn’t just a nurse, but a radical reformer of the British healthcare system.

We set a precedent with the green trans- port plan. The Commons has no car spaces, but the highest ratio of bike parking to units anywhere in Australia (72 bike parks in total), three per two-bedroom unit,
two per one-bedroom unit, plus parks for visitors and the retail space. Nightingale 1 will be similar. Not all Nightingales will be car-free necessarily, that depends on the location. The Commons and Nightingale 1 are right beside a train line, so if you can’t do zero cars there, where can you?

Under the plan, residents pay $500 per bedroom towards either their Myki card or car-share membership. GoGet put four cars on Florence Street, right in front of The Commons, and they give residents a premium annual membership for half price. We’ve proved you can live in the city without a car; and in some locations it’s more cost-effective and more convenient. 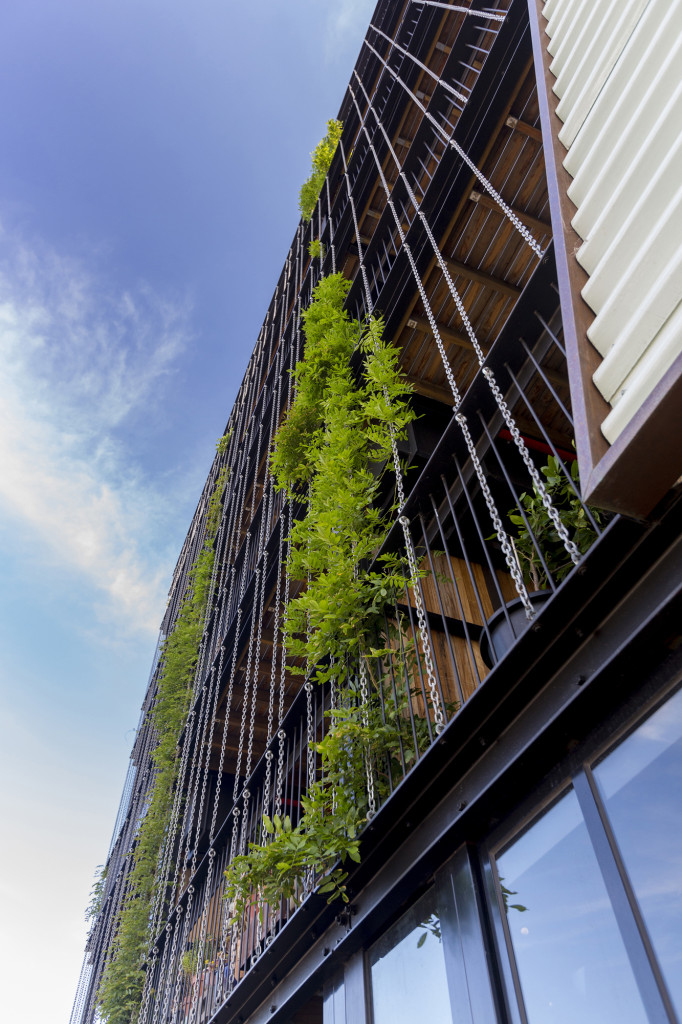 There have been setbacks, but also incredible support. The VCAT ruling in October 2015 upending our planning approval for Nightingale 1 was a lightning rod. A local developer lodged an objection (on the basis of having no car spaces) with VCAT (Victorian Civil and Administrative Tribunal), which overturned the Council development consent. It caused a media storm and sparked debate that perhaps it was time we uncoupled private home ownership from car ownership. We submitted another application to Council, which was unanimously approved in February 2016. After that, registrations of interest for Nightingale apartments have gone through the roof. An important supporter from early on has been the Robin Boyd Foundation, which let us hold our board meetings at the Walsh Street House, and has helped to disseminate information.