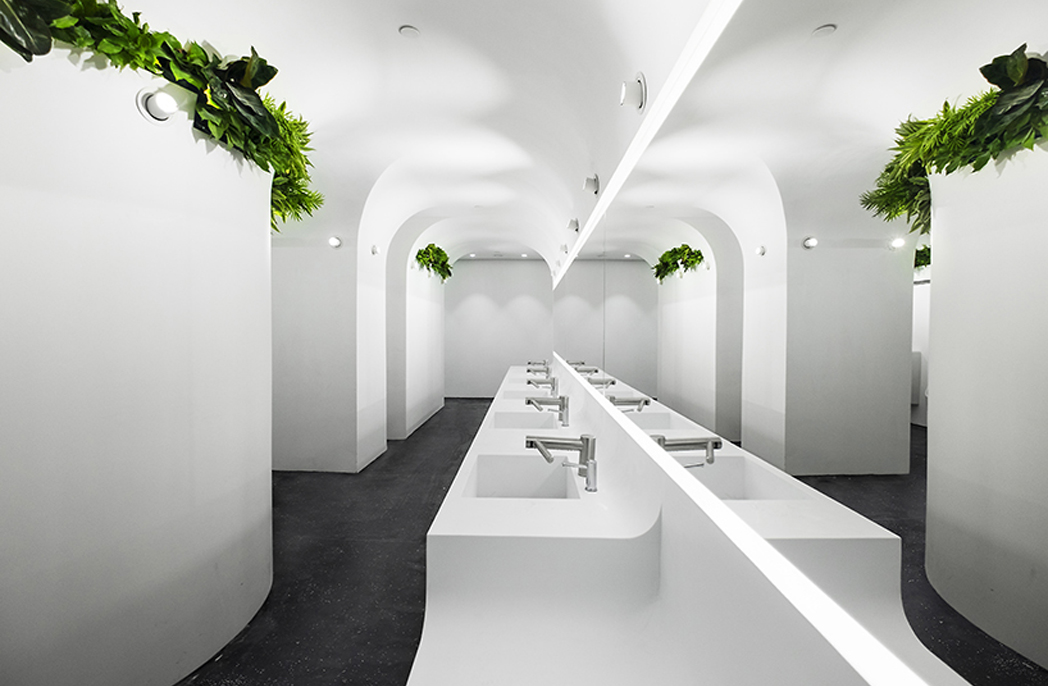 Designed by Hong Kong-based studio Ida & Billy, the White Grotto washroom aims to become a benchmark in the commercial and retail sectors for sustainable design. Situated in the commercial center of Guangzhou, China, the Taikoo Hui is a mixed-use complex incorporating a shopping mall, two office towers, a hotel, and serviced apartments. 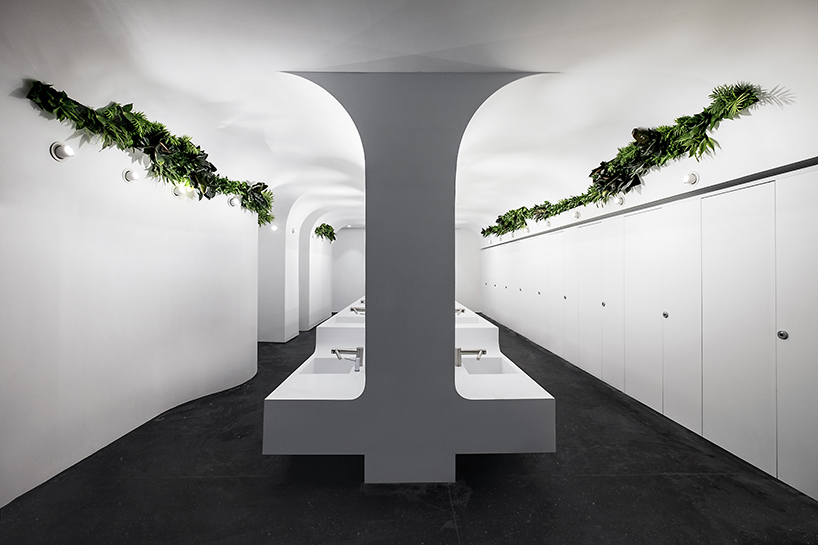 The new washbasin counter is an all-in-one station. The Glacier White Corian counters curve seamlessly up to join the LED lighting strip which borders the mirror, then extends up to the ceiling as a monolithic and streamlined structure, appearing as a tree-shaped icon from the side.

Few alterations were made to the original layout as possible, minimising the need for structural and piping alterations. The project consists of three corridors of cubicles, washbasins, and urinals. The existing wall coverings were removed, discovering round and tilted square columns that have been painted to form a homogeneous white mass which engages the space through its unique shape. The room feels bright and clean, with the curved walls eliminating harsh corners and shadowing. 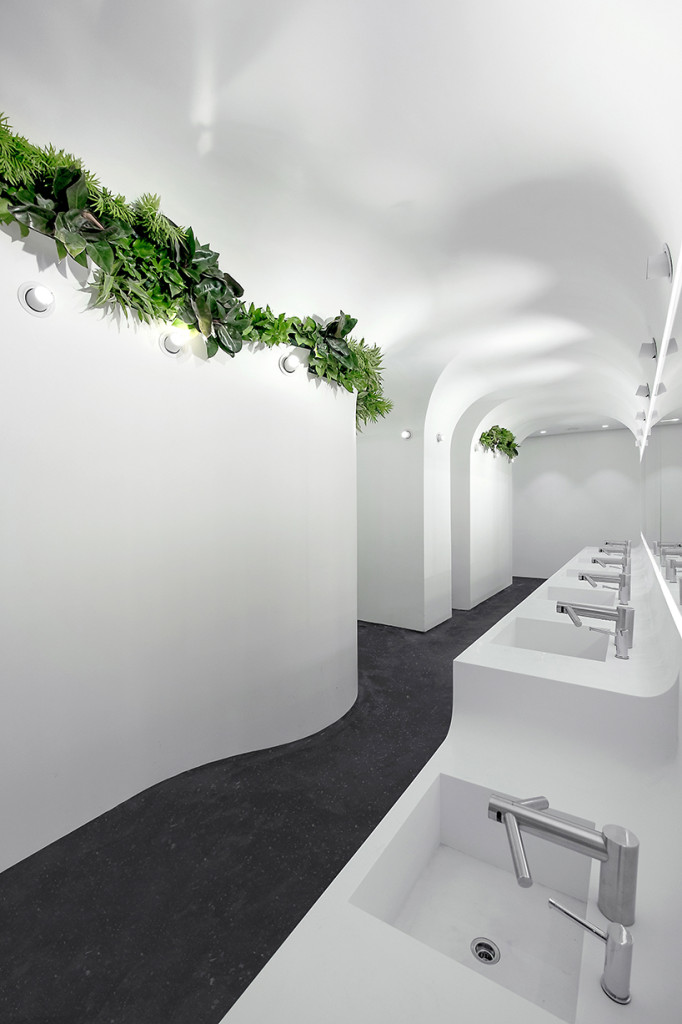 Ambient lighting compliments the indoor plants which are grown to purify the air, raise indoor oxygen levels, and add life and vibrant colours of nature to the space. Irrigation for the greenery is sourced from grey water collected from the wash basins and supported by a local filtration system. Waterless urinals, water-saving and vacuum toilets have been installed to save resources and reduce waste. Dyson Airblade taps, which include an integrated hand dryer, have been chosen. The taps work to save space and paper towels, and avoid the common problem of dripping water everywhere.