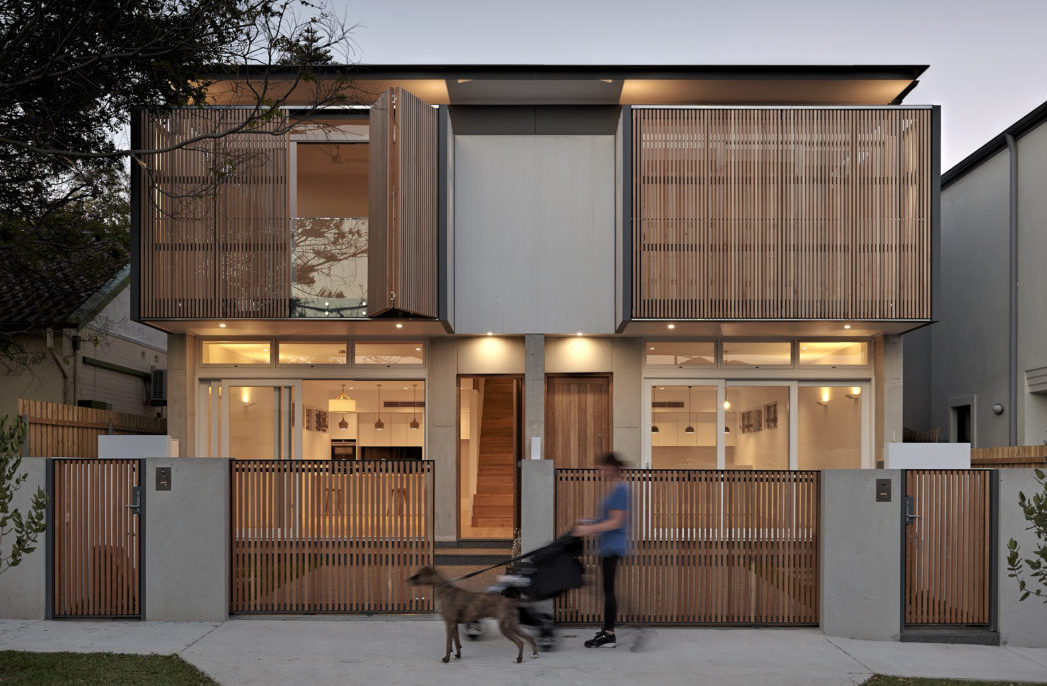 A residential development in North Bondi stands testament to what can be achieved when neighbours – with the help of a responsive architect – work together for the greater good. The owners of the four dwellings in a then single-storey townhouse development grouped together intending to alter and extend the existing building. 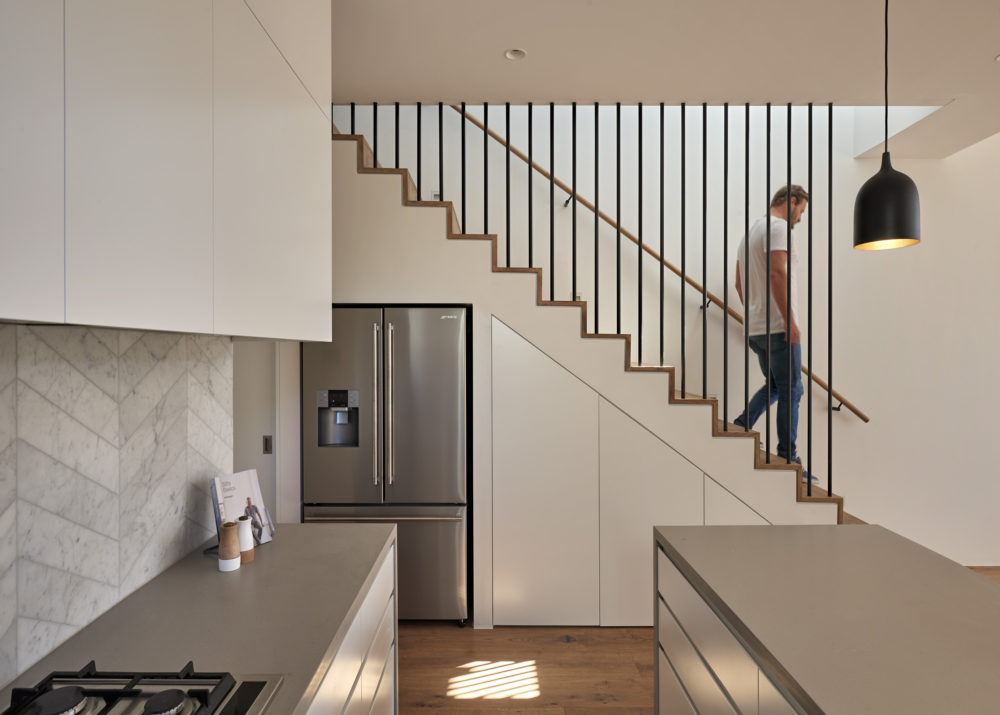 After bringing Chapman Architecture onboard, however, it was decided that, given the state of the existing building, the best course of action was to replace the existing structure with a contemporary and sustainable two-storey building.

While meeting the demands of a single client can challenge even the most pragmatic and diplomatic of architects, taking on four – all with sometimes differing expectations – presented a challenge.

To mitigate any potential conflict it was decided that they would treat the base build and interior fitout separately. “It was agreed that the contract would be set up to allow the four clients to split the cost of the base build four ways with interior fit out costs attributed to each owner,” explains Andrew Chapman of Chapman Architecture. “This arrangement along with a collaborative and understanding builder allowed the project to run smoothly.”

With a clean slate to work from, Chapman says the design then evolved as a practical response to the constraints of fitting four three-bedroom homes on a suburban block while still creating a light and spacious interior. 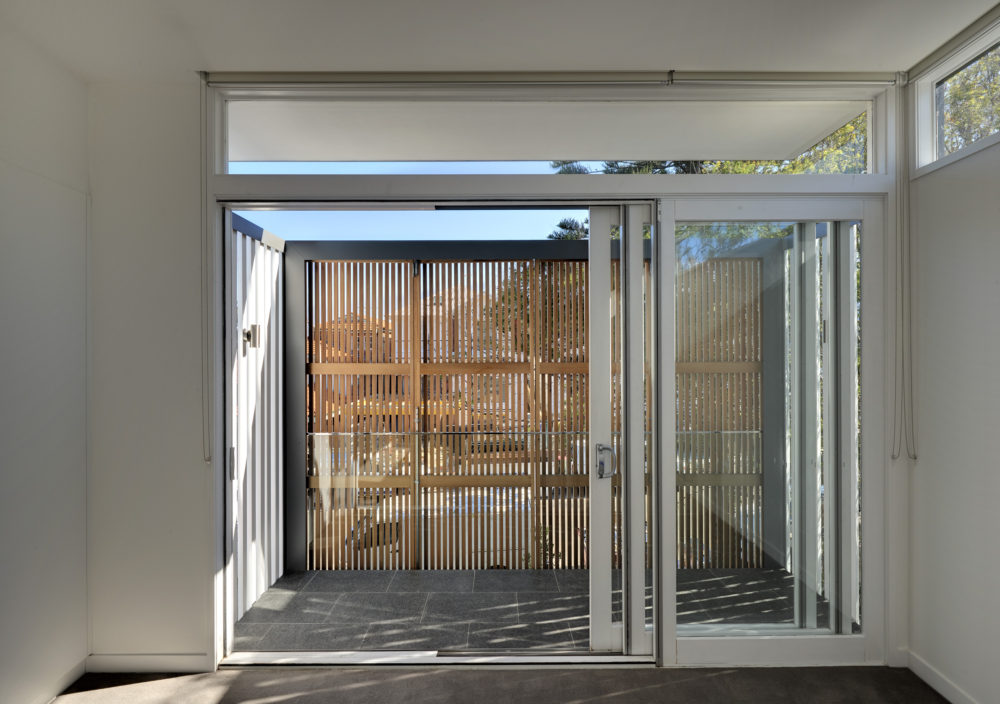 Highlight windows, which give views of the sky and neighbouring trees, are used throughout the build, while large skylights above the spacious stair void illuminate areas that would otherwise not be open to natural light. 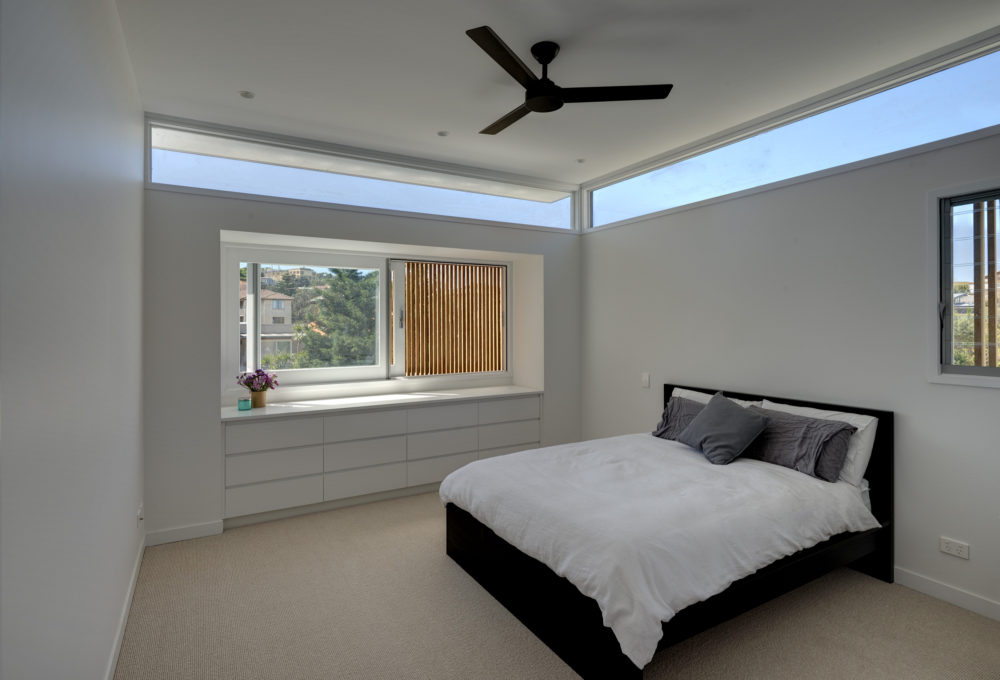 Scott Hosking, one of the four owners, says the efficient use of space is one of the design’s signature achievements. “Areas used for circulation were kept to a minimum, and areas under the stairs were utilised for pantries and bathrooms. The units to the front were able to gain a first-floor balcony, as well as off street parking, and the units to the rear have fantastic solar access and vaulted ceilings in the living areas.” 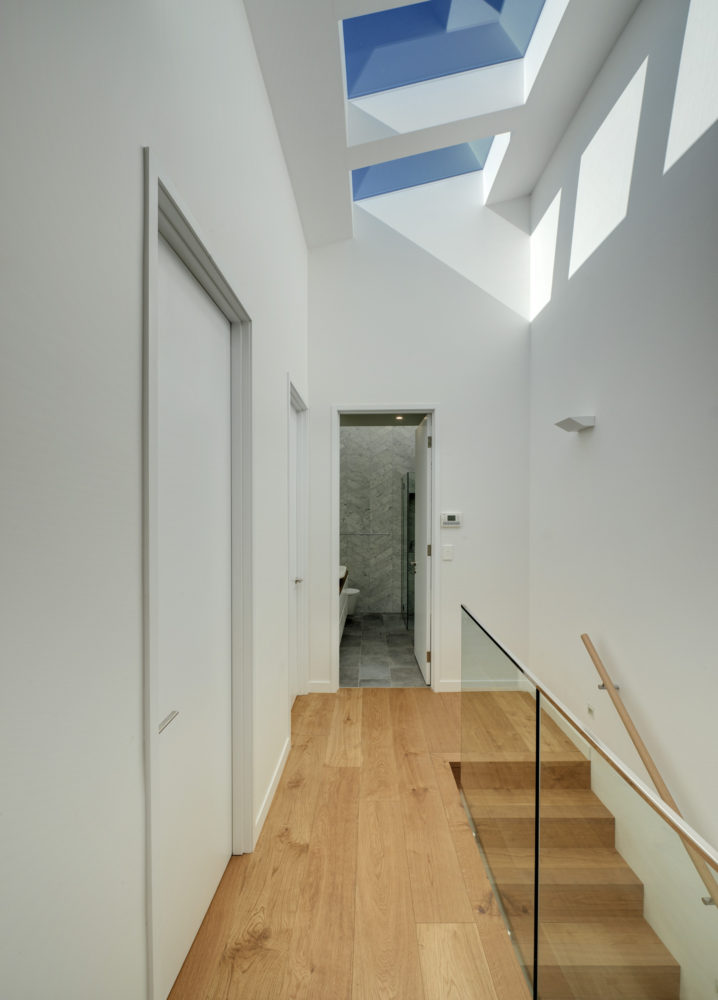 Hosking adds that he was fortunate the owners were flexible and willing to work collaboratively.

That said, he lists reaching agreement on how the first floor was subdivided and how the cost of the build was apportioned as the most difficult part of the process.