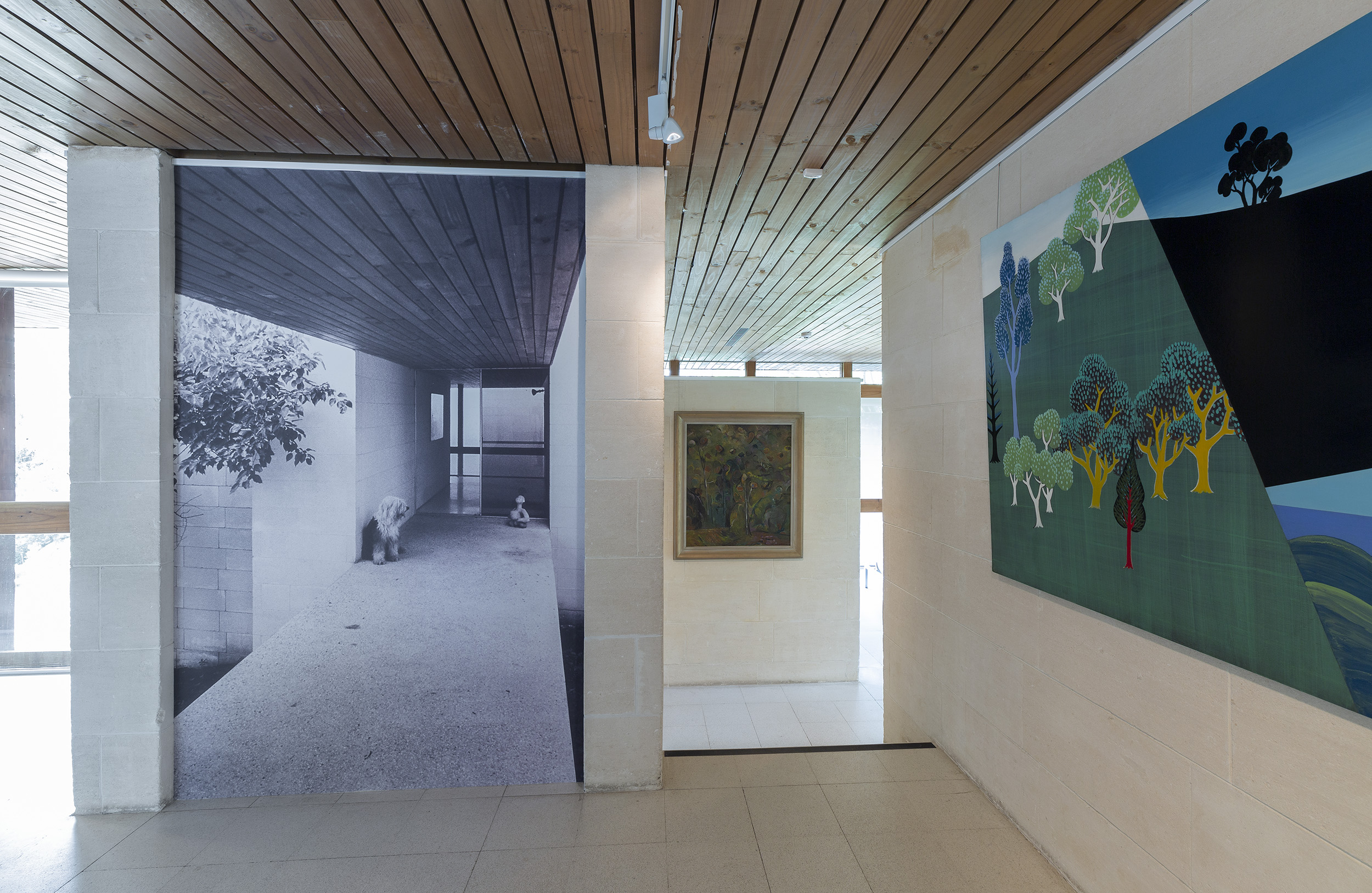 Heide House returns to its modernist roots in new exhibition

Melbourne’s Heide Museum of Modern Art has been transported back to 1968 for a new exhibition celebrating the institution’s 40th anniversary.

Dubbed Heide II: House of Light, the installation resets the interiors as they were when art patrons John and Sunday Reed called the spaces home.

“This exhibition is loosely based on the works that are in those photographs” she tells ADR.

Almost 50 piece from the museum’s core collection are woven throughout the house along with original furniture, transporting visitors back to the 1960s.

The former dairy farm on the Yarra River floodplain was purchased by the couple in 1934 and designed by then-young architects David McGlashan and Neil Everist in 1963.

Terrazzo floors, timber ceilings and chrome fittings dominate, but it’s the limestone block walls that represent the intention behind the Heide.

Matovski explains that it was specifically chosen by the Reeds to compliment their art collection.

“The intention to build a house was kind of twofold,” she says.

“The Reeds wanted a modernist home that reflected their aesthetic, but they also sought to establish a sort of a public gallery or institution.

“They knew you could put anything on [limestone] and it would look great.”

A number of modernist artists, known as the ‘Heide Circle’ came to live and work at Heide Cottage, also on the property, at various times.

Albert Tucker, Sidney Nolan and Joy Hester were among them, with Nolan painting his series of Ned Kelly works in the cottage’s living room.

For McGlashan and Everist, the Heide was to be timeless, but also a “house of light”.

“The expansive glass draws the external landscape in, so there is no separation between interior and exterior. It’s seamless,” explains Matovski.

This seamlessness is reinforced in other elements of the building, with no doors separating the living spaces and bedrooms.

“I think one of the wonderful things about the house is that it takes you on a bit of a journey.

“As you enter it’s a little bit enclosed. So you have these lower ceilings, and then you’ve got the expansive void space.

“Then there’s the conversation pit upstairs, which is kind of an intimate space, juxtaposed to the expansive living area.”

On one side of the conversation pit, there is a balcony that leads to nowhere – its only purpose is as a vantage point to view the art in the living room.

Elsewhere, the first floor landing atop the stairs opens to the high ceilinged living room.

Sunday would reportedly appear at this spot only after John had greeted and seated a new guest, floating down the staircase in a grand entrance.

But the new exhibition isn’t just about the architecture or the artwork.

The original furniture – also designed by McGlashan – has been pulled out of storage and put on display for Heide II: House of Light.

“One of the main things about the furniture is the use of materials, which echo those used in the building,” says Matovski.

The bed frames and armchairs are made of chrome. The dining table, as per other desktop surfaces, is terrazzo.

“[McGlashan] talked about Heide as a simple enclosure achieved through a process of elimination. The same goes for the furniture.”

While working on the exhibition, Matovski did not have images for every room, so she made curatorial decisions based on her knowledge of the couple.

John Reed’s study, for instance, features one of her favourite artworks in the collection – a 1933 painting by artist Sam Atyeo titled The Dancer.

“It was painted at Heide, and Sunday was involved. Sam was her lover and they had a very close relationship. When he left for Europe, he left the piece to her. So for me, there’s a lot about memory in this work.”

They would surely delight in their once domestic space as a gallery today.

Heide II: House of Light will run until March 2022. Tickets are $20 and include access to the home’s gardens and sculpture park.