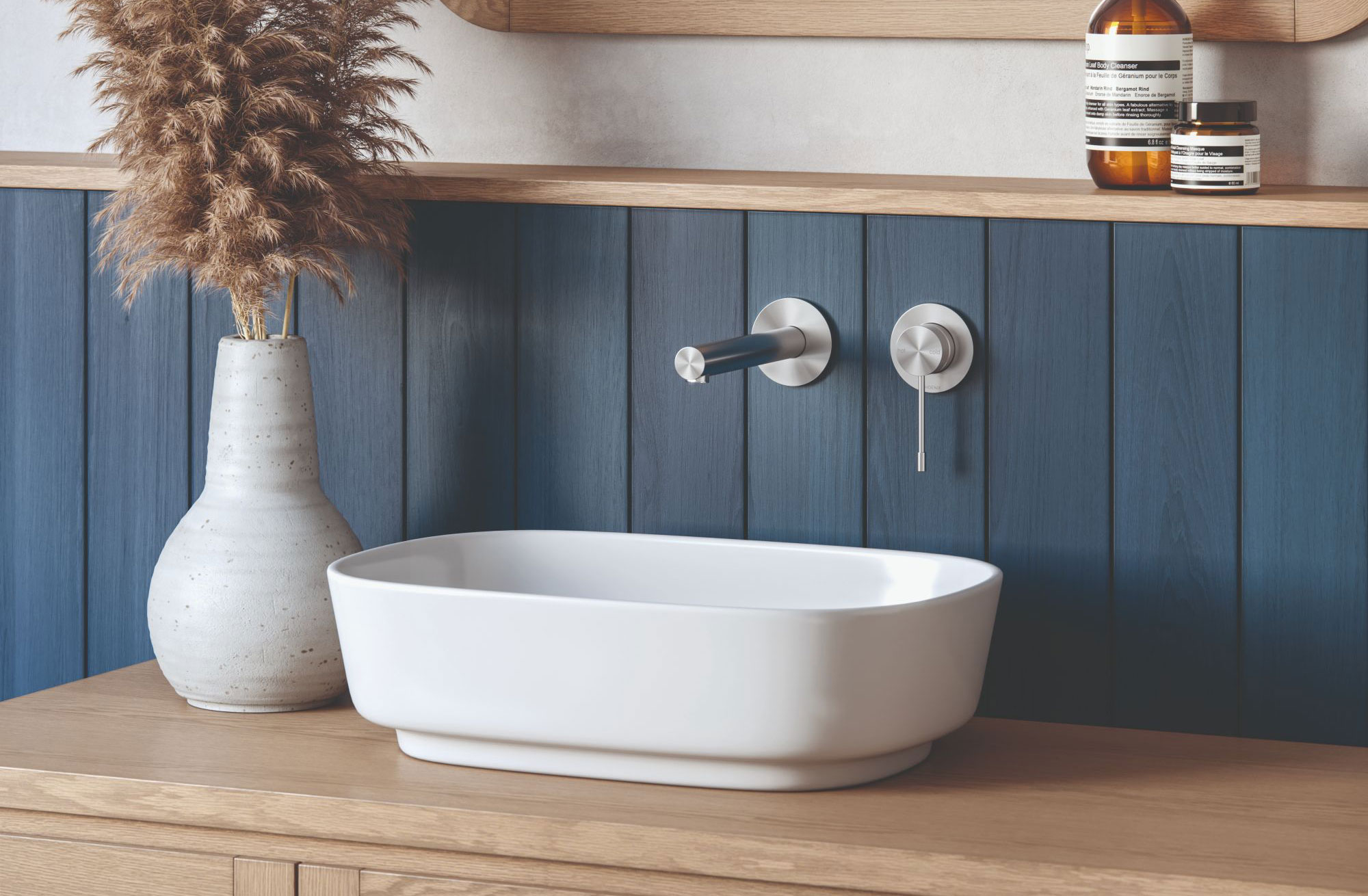 This is thanks to the superior corrosion resistance of 316 marine-grade stainless steel, which provides extra years of life and usage where harsh elements are present.

“Vivid Slimline SS is a celebration of the raw material and is designed to echo the craftsmanship and textures of 316 stainless steel,” says Phoenix Senior Designer Ban Liu.

The new range took a year to develop, adds Phoenix, before undergoing a rigorous testing and manufacturing process.

In fact, the research and design team conducted corrosion testing on various grades of stainless steel, including 304, before opting for the higher marine-grade 316.

All of which come with a lifetime warranty on the finish, as well as a 15-year warranty period on the cartridge, seven years on product and parts and one year on labour.

Discover the new Vivid Slimline SS collection online or at a stockist near you.

Started in a small shed in Hastings in rural Victoria by Brian Wansbrough and two others, Phoenix celebrated three decades in the industry this year with several new designs and an expansion within the local market.