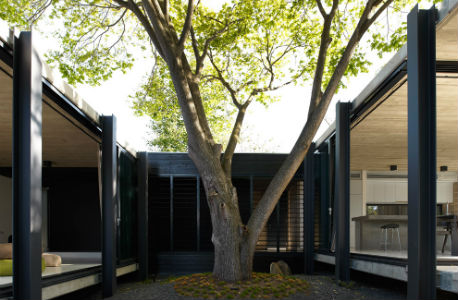 The suburban backyard ‘reno’ has occupied the time of many young Australian architects. Unlike any other architectural culture, the foundation of almost every successful design-led practice in Australia has been built on adding to old buildings. Donovan Hill, Wood Marsh, Six Degrees, Kerstin Thompson, Engelen Moore, Michael Patroni, Ashton Raggatt McDougall, Greg Burgess, Norman Day and of course, Edmond and Corrigan all spent significant time working through the complexities of these demanding and rarely profitable little projects. As small pieces of architecture, they require navigation of a complex series of constraints; budgets are always tight, aspiration of the clients is always high and council planning controls (particularly heritage legislation) are increasingly restrictive. But, all this makes the reno a perfect training ground for the young, ambitious architect. 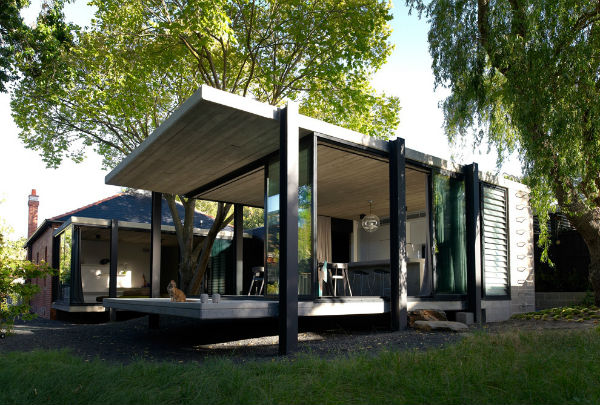 Most architects are desperate to move on from the reno to design whole houses, and ultimately secure commercial or institutional work with healthy budgets and resourceful clients. However, some young practices (NMBW, Terroir, Neeson Murcutt, Owen and Vokes, Antarctica…) have embraced it and continue to take delight in the challenges it presents. So too Melbourne architects Albert Mo and Eid Goh and their practice Architects EAT. Their studio has spent the last 10 years building a body of residential work around a stimulating collection of renos, each with its own character and spirit, refining old ideas or finding excuses to use new ones. The latest addition to the EAT collection is a renovation and addition to an Edwardian house in the leafy Melbourne suburb of Canterbury. The clients, a young family, had the usual desire for new living areas that were contemporary and respectful to the existing dwelling, but, most importantly, connected to the pleasant garden. “We don’t have a particular position towards the suburb or to domesticity,” says Mo. “But we are very interested in how people actually live in a space. We are concerned with the intimacy of a home and its material and acoustic quality. We pursue the addition first from a material agenda, with the dramatic transition [between old and new] driven by material – that is, we seek to amplify the material through context.” 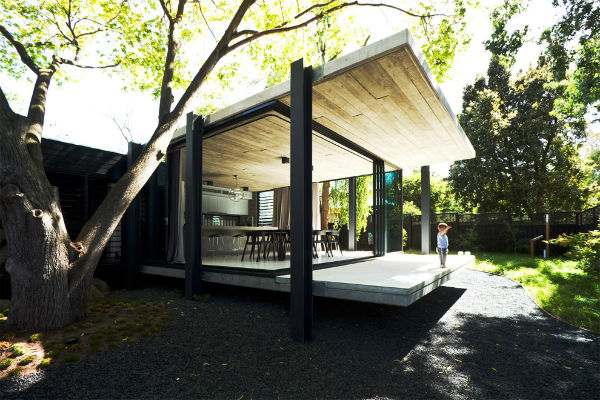 Two trees, an elm and a willow, dominate the existing garden. The project was driven by an ’embrace’ of these landscape elements, which immediately introduced a split in the addition, dividing it in two, and the need to elevate it to protect the roots. These moves resulted in the simple parti of a solid blockwork service core that hugs the south boundary of the site, and two pavilions of floating glazed space held by parallel planes of concrete, ceiling and floor. “After years of fiddling around with plasterboard and stud walls, we felt the need to do something more substantial, to really engage the knowledge of the architect and explore the craft,” declares Mo. “In this project, we took the opportunity to use concrete and be honest with the material.”

The old house has been restored outside and ‘white washed’ inside with bleached timber boards and white walls that blanket the remaining detail. Its unusually wide central corridor frames the view through to the pavilions beyond. The rooms feeding off each side have generally been maintained in their former context, with the exception of the master bedroom. This space has co-opted an additional space and a central joinery unit that acts as a fine piece of timber furniture – it defines a bedhead, separates the en suite and cleverly conceals building services, always a challenging task in an existing building. The transition from the central axis into the new piece of architecture is made through a large translucent glass door. Starkly modern, it slides to disappear in the wall, revealing the first pavilion’s clean concrete interior of planar floor and ceiling and stackable glass walls. A layering of space is constructed – the garden is viewed from within, and the threshold between inside and outside is ambiguously defined. The other pavilion is viewed across the courtyard and its resilient, resident tree. Through the glass walls of both pavilions, the garden at the rear of the site can also be seen.

The ceiling is striking for its textural off-form concrete, the lines in which lead across to the other pavilion, setting up a subtle game of perspective and repetition between the two spaces. A step to the left leads up from the first pavilion onto a black timber floor that connects the two volumes. This locks into the solid service core, but this firm element is also layered by light from above and diluted by an operable louvre wall made from matching black stained timber. This wall opens in summer to reconnect with the courtyard, adding another layer of spatiality to the composition and a filtered connection to the garden. The second pavilion contains the kitchen and dining space, which continue the palette of concrete, this time manifest also as a large island bench. This space gestures to the modest rear lawn and opens through the retractable glass walls onto a terrace lifted some half a metre above the gravelled landscape.

This house has a compelling quality; it has a Japanese feel, but Mo insists this is derivative of the sixties architecture of Melbourne modernists McGlashan Everist and their proposition that dwellings should ‘live in the landscape’. Following this line is intriguing, as the similarity of the pavilions to Mies van der Rohe’s house for Edith Farnsworth is obvious. Mo doesn’t shy away from this connection: “Certainly, the way that the relationship between horizontal planes defines the space and the interchangeable manner in which that space might be used is Miesian, but we were interested in how a concrete building could be detailed in a complementary and particular way.” Indeed, this is a very well detailed little building, uncommon in a market that prefers quantity over quality in its architecture. The window frame junction, slight recess in the concrete, the clarity of the joinery – all reveals a concern for how the building goes together. The connection to the existing building, often overworked in many additions, here is subtle and modest, with the glazed wall nestling up to the freshly tuck pointed brickwork. Environmentally, it’s an assemblage of hidden systems of slab heating, concealed insulation and double glazing that legitimate the large expanse of glass and allow for direct contact with the external space. 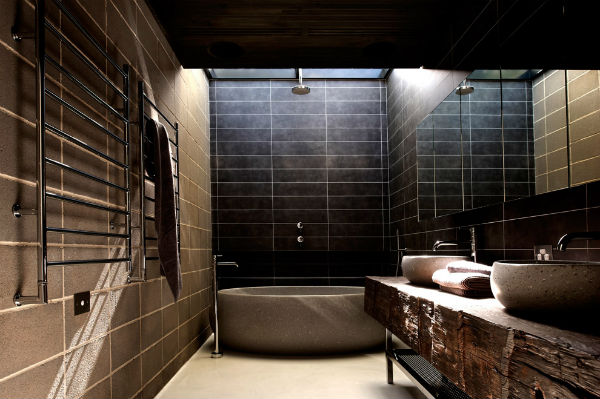 It is through small, well-resolved projects like this, which test the limits of their site and the opportunities of material, that the Australian suburb reinvents itself. The reinvention of these old houses folds into what my practice, iredale pedersen hook, refers to as ‘recalibrating the suburbs’; that is, it constitutes a greater investigation into how the old suburb is adjusted by its new occupants and old dwellings adapted to suit new patterns of life. This change to the suburb often involves densification, but as each new reno transforms its inefficient old host, each street becomes more efficient in its use of energy and material – collectively, the suburb is transformed, ultimately providing a sustainable future for the city.

8Bit Little Collins: where Minecraft meets Mario for a burger