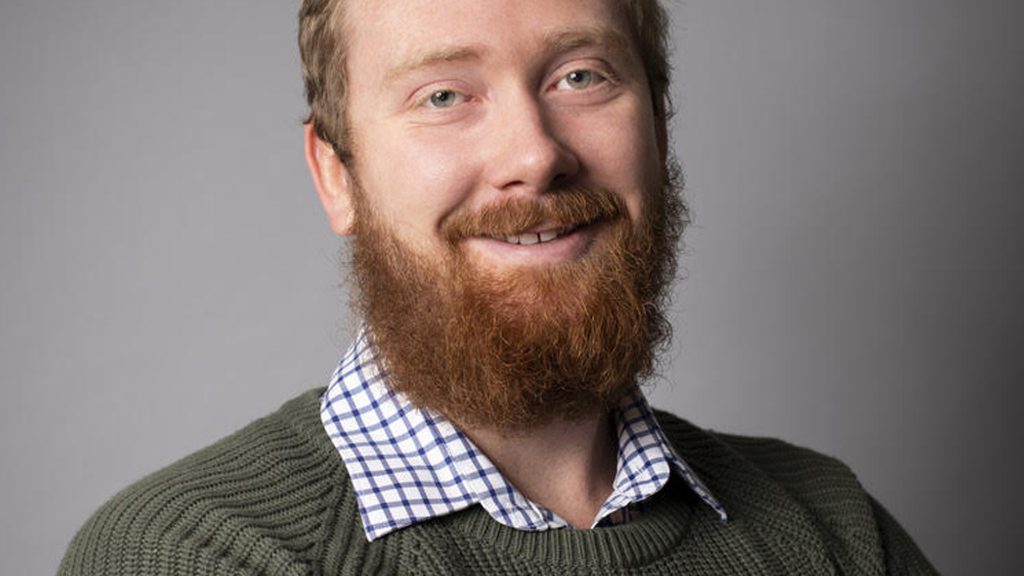 The idea of climbing up the career ladder in architecture and design can be daunting if you also plan to have kids. An industry known for perfection and punishing hours might deter someone who wants to start a family and vice versa.

Can you have both? And is the culture changing to better cater to parents in this industry? We asked Daniel Rhodes, father-of-one and an associate and National Design Technology Leader at Billard Leece Partnership (BLP) how he balances parenthood with his job.

To start with, how long have you worked at BLP?

I’ve been at BLP for seven years now. I just turned 30 and this was my first job in the industry as a graduate. Now I’m the national design technology leader and responsible for all of BLP’s design and tech output, direction and strategy for the whole company nationally.

How many hours a week do you work all together?

Probably about 45 on average. I typically do two to three days at home, depending on what I’ve got on. It’s kind of whatever suits, which is good.

And you have a young family, is that right?

Yes, my wife and I had a baby in May. So I’ve got a little four-and-a-half-month-old at the moment, who’s forgotten how to sleep, so that’s a bit of fun.

I bet. In our research for 30UNDER30, we had feedback from a young professional in the industry that they were wary of rising up the ranks to associate level, because they planned to have kids, and they didn’t see it as possible to do both with the long hours of work involved. Did you have similar concerns before you became a father?

Yes and no. BLP was always really supportive of a really healthy work-life balance. I had enough rapport with our managing director, as well as members of the senior team, to have that dialogue about what it would look like if I did pull the trigger and have a kid.

Admittedly the shift of time that I’d need to spend at work versus with my family would change quite a lot having a kid. And it has, which has been great. But BLP has never really pushed any one of our staff to work 12, 13, 14 hours a day just to progress their career. The practice managers keep quite close tabs on how many hours people are working and they will shift workloads depending on whether things are getting extreme.

From that perspective, I guess it kind of depends on the firm you’re at and what the work culture is. But at BLP, it’s never really seemed like the key to success is working huge hours, it’s more about good input at the time that you’re there.

Do you think your experience is common among your peers in the industry?

I think it does vary quite a lot. BLP is quite fortunate in that the scale of projects we do is typically very large. This means that most of our office is focused on one set of deadlines at a time, and not bouncing off three or four projects within the one week. Other companies all have different scale projects, so the working environment is a little different.

But in saying that, I think – especially due to the pandemic – there’s been a much bigger shift towards flexible working hours, which is allowing people to do longer hours when they want. I think that’s allowed people in similarly fortunate arrangements to get that work-life balance back, while also still maintaining the hours and adapting to the pressures of different projects.

What was that initial period like when your child was a newborn and you were trying to juggle work? Did you feel like you could do it?

It’s been a bit of a rollercoaster. Some weeks it’s really easy to do, but other weeks it almost seems like it’s going to be impossible.

I had an initial period of parental leave for a couple of weeks, then I worked full-time for probably two months after that at home. Flexible hours at home meant I could do a couple of hours in the morning and then maybe have a break over the middle of the day to look after the baby, then do a little bit more work in the evening.

I’ve also noticed that my ability to cope with the pressures of work and looking after a family is directly related to how much sleep I’m getting – and how much sleep the baby’s getting. On good weeks when you’re sleeping, it’s quite easy to manage, to be honest.

My wife is very fortunate in her role to have quite an extended period of maternity leave. She’s still off now four and a half months later. She’s doing an excellent job holding down the house and looking after our baby. On the days that I’m home, I’m able to contribute in and amongst doing work.

And does your wife plan to go back to work in the near future?

I’ll take another period of parental leave early in the new year, and she’ll go back to work part-time while I’m home looking after our baby for a couple of months. Once our child turns one, we’ll both go back to work and we’ll put him into childcare for the days that my wife is working.

What advice would you give ambitious young designers and architects who also want to raise a family at some point?

The key for me was really finding a work environment that wanted to support my personal life as well as my career ambitions, and that were willing to have an open dialogue about it. During earlier parts of my career, I didn’t think it was possible to have those conversations. I thought it was just something you never spoke about, you just went off and did it.

Obviously BLP as a business was more than happy to support this. It made me feel that I didn’t need to eventually find another job, I was comfortable that the place I was working at was going to support me once I got to that point in my career.

I think that’s probably my number one piece of advice: really open up that communication channel early.

Entries for Australian Design Review’s 30UNDER30 are open– Start your application here!