Home • 30UNDER30 • Adam Goodrum: It’s about time to put local design on the global map 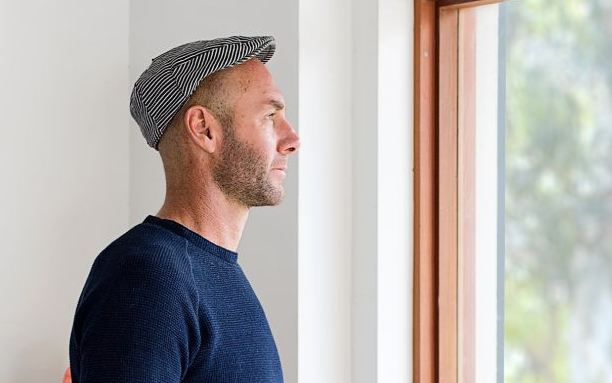 Adam Goodrum: It’s about time to put local design on the global map

Looking to shift the global lens to local designs, Adam Goodrum talks about why Australian Design Review’s 30UNDER30 is the chance for Australian designers to be recognised.

30UNDER30: When you were a junior designer, were there any similar awards

The most significant award around during my early career was the Bombay Sapphire Design and Discovery Award. It had credible judges and the prizes started at $20,000. Another one I entered, just after I finished studying, was the Young Designer Discovery Award through The Sydney Morning Herald; the prize was a trip to Milan. I won both, in particular, it was amazing to go to Milan, although the prize was only the airfare. I hustled independently to get some meetings and gained some insight into the rigour of the Italian manufacturing industry.

However, these awards were different, they were nothing like 30UNDER30 they had no direct connection to the industry. Showcasing work and meeting people is always the most important part when starting out in the industry.

When it comes to something like 30UNDER30 program, do you see it as more than just a chance to go to Bali, but rather a career move when it comes to networking?

I met a lot of people through the media. For example, Ewan McEoin was the editor of Inside magazine and is now the senior curator of contemporary art, design and architecture at the NGV. I met him early on, and I’ve been fortunate enough that these people have become my friends and that their careers have seen them move into significant positions.

These sorts of opportunities are about creating connections, and you’ll never know when you’ll be able to help one another out in the future.

What is it that stands out to you with the work that the under 30s are currently doing?

It’s an inventiveness and a uniqueness, sure. But it’s also kind of poetic. They’re doing work that’s so special; it feels really independent of what others are doing. You can’t quite pinpoint it. Some have great innovation, but others have such a nuanced subtleness, it just seems so poetic, and so beautifully thought out.

What about sustainability? How do you see that as a significant part of work?

I think it’s that, without even needing to be specific, sustainability is so important. These young designers are thinking about systems. They are very educated in that world, significantly more than my generation. It’s now part of their education, and it’s great to see.

What do you think is really exciting about this next generation of designers?

Our little ecosystem is amazing. What is so exciting about this is that it’s an Australian landscape. We have previously lacked the culture and the appetite for local design. It’s growing significantly. There’s a pride that exists that didn’t exist before.

We’ve always existed in the shadow of Europe and specifically Scandinavia’s design. Australian design hasn’t been able to stand on its own two feet before, and now it is.

We’re no longer knocking on the door of Milan or Danish businesses, we are looking at our own doorstep.

Would you say that a program like 30UNDER30 is putting a lens on local design?

Yes, definitely. We are working together to build this industry. Something like a retreat and a way to get to know one another, we are able to bring the spotlight back locally. That helping each other out hasn’t really happened before. But, moving forward, there’s no need to be selfish. The more we work together, the more we’re moving forward.

What advice would you give to a young designer who’s thinking about entering 30UNDER30 but is hesitant?

If you’re ambitious enough, and you’ve got enough energy in what you’re doing, it’s more than likely that you’re going to want to enter into something like this to elevate your career.

If you’re nervous to submit your work, that’s a bit silly! Don’t do something and keep it under your bed. There’s no point. You need people to see your work.

If you’re insecure and think your work is so different to someone else’s – that’s good. That excites me.

My biggest piece of advice is you have to just do it. You have to do something to move forward. Show your work. Be vulnerable. Don’t be too hard on yourself. We’ve all submitted to things that we haven’t won, but that’s the nature of the process.

If you don’t get shortlisted, you know that significant people are looking at your work.

Do you think that being vulnerable is something that can be a mental roadblock for under 30s to put themselves out there?

You’re putting yourself out there to have an opinion on your work, and it’s hard. But it’s the nature of the trade. There’s no right or wrong.

I felt so privileged to be asked. I also feel privileged at where I am in my career. I know how hard it is in a creative career, especially in product design. For me, it feels really good to help other people who are heading in the same sort of direction as me. There’s no perfect scenario, and everyone has to learn.

It’s an honour to mentor and hopefully guides the next generation.

Adam Goodrum is a product and industrial designer based in Sydney. His works have been featured in the National Gallery of Victoria, in Tait and in Wallpaper* magazine.

State of Kin talks to 30UNDER30 about how mentorship is a career-long relationship, and what this program will bring to the next generation.